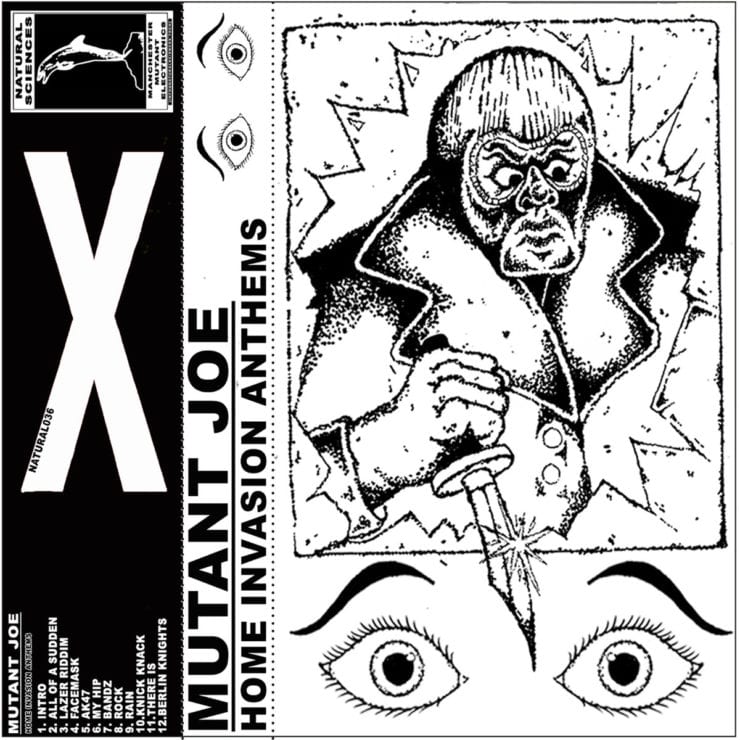 Not really sure what this Mutant Joe fella’s crack is but sounds like he’s got a couple demons to contend with. Hell, sometimes it sounds like the demons are gonna have to contend with HIM. His debut release comes courtesy of Manchester’s prime purveyors of paranoid poly-phonics, Natural Sciences, a label previously seen sheltering the fugitive, fucked up beats of Agnarkea, DJ Sacred, DJ Mistah Evil, Apoc Krysis, and numerous other shady-sounding characters. Suffice it to say, Joe’s in suitably sinful company here.

Home Invasion Anthems (I mean with a title like that it was never gonna be all French Chanson and harp solos was it?) gathers together 12 tracks transmitted straight from the human psyche’s darkest nooks and most corrupt crannies. This is where braggadocious terror meets vulnerable menace meets maniacal arrogance.

The mood’s established from the off with a chilling sample taken from a Louis Theroux doc: an inmate in a Miami mega jail describing the half century-long term he’s facing (plus 11 life sentences to run after) for a “brutal home invasion series type thing,” spoken with all the calm and insouciance of a mother in the playground discussing the rising cost of school uniforms. In the world that Mutant Joe’s inviting you in to, this level of base immorality is par for the course it seems.

Musically the album orbits around a mangled core of trap, horror-core, grime and industrial, with a bit of straight jungle thrown in for (even more) devilment. These influences weave in and out of the mix like a sinister, jet black eel patrolling a cesspit, a malevolent eye occasionally breaking the surface to scan for prey or the next crack rock.

The loping, distorted, yet intricately crafted beat on ‘Facemask’ is heavily indebted to 90s Memphis, but equally infused with all the cynicism, divisiveness, anxiety and sheer DREAD of the present day. ‘Bandz’ is a more warped, heady and grimey concoction that sounds like a cyborg gargling the highs from ‘Functions On The Low’, and then there’s the rolling, jungle ruffage of ‘Knick Knack’; the track starts with your classic lush highs and patois-laced samples, but later these make way for a barrage of wholly atypical MC-ing from some nameless, American gangbangers – think Gravediggaz doing a guest spot on Kool FM. 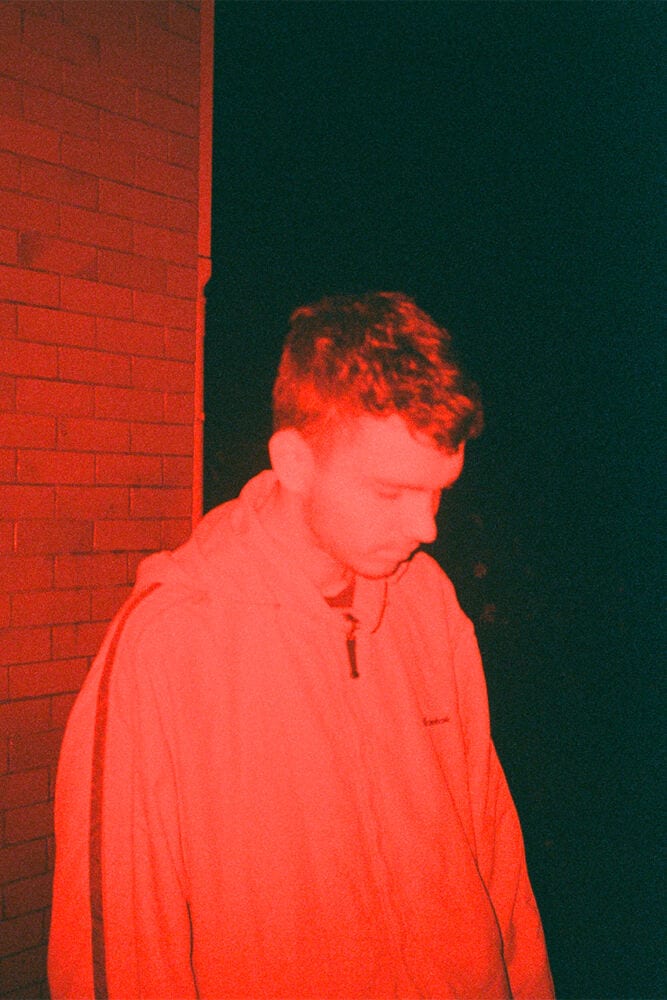 As far as identifying who the features come from, the Bandcamp page lists Lord Pusswhip, Onoe Caponoe, the Lost Appeal Crew “and many more” as collaborators but they’re not credited on specific songs, staying firmly in line with the album’s mysterious and shady atmosphere. The raw UK flow on ‘Lazer Riddim’ sounds a bit like D Double’s been ripped out of Newham, dropped in the middle of a satanic Atlanta squat rave and forced to spit bars (in a good way). Meanwhile ‘All of a Sudden’ offers a taste of what the yanks are capable of: ragged, blown-out, barked threats, all dripping with enough murderous intent to send a chill down Ted Bundy’s spine.

There’s a cultured technique to Joe’s production that’s belied by the lo-fi, grainy aesthetic and Bitchez-Money-Gunz lyricism though. A ringing endorsement of this came from Hudson Mohawke and Lunice, who played three tracks off Home Invasion Anthems on their recent Radio 1 Essential Mix as TNGHT (although in my opinion a mix can’t be THAT essential if you end up playing what amounts to a full quarter of one album.)

The deftly-chopped breaks and gliding transitions on ‘Knick Knack’ could only come from a producer well-versed in hardware, similarly the marrying of funereal chimes and ludicrous low-end frequencies on ‘Rock’. The standout is ‘Berlin Knights’ though; a blurred, Lynchian riff on boom-bap incorporating whimsical, intoxicating keys and a woozy horn line that comes across like the Last Post played from the banks of the River Styx. The deadpan, deeply blunted flow is the cherry on top of a wonderfully narcotic cake.

It’s testament to Mutant Joe’s talent that Home Invasion Anthems doesn’t necessarily feel like a profoundly dark or dread-inducing listen. The penumbral aura of fear and psychosis is for me quashed by the quality, diversity and inventiveness of the production; the unfazed approach to style, genre, structure, nation, frequency; the samples ranging from Omar’s eerie whistling out of The Wire to a satirical Lenny Bruce bit about having sexual feelings towards Texan horses.

Album’s that truly keep you guessing like this one don’t come about too often – stick it on and be glad that Joe’s chosen your home to invade.

‘Home Invasion Anthems’ is out now on Natural Sciences. Order a copy from Bandcamp.