Responsible for two quality slabs of wax, one released in 2015 via Samo DJ’s imprint Born Free Records and the other in 2016 on Discos Capablanca, Hong-Kong born producer Scott Young seemingly made himself scarce over the past few years…but has not been idle, far from it in fact. If you’re a frequent reader of Inverted Audio and enjoy navigating through our website, then Scott is the one to thank for that experience, as he is our main man in terms of web development, and we bless him for doing such a sterling job.

Ahead of the release of his third ‘Ket City‘ EP, due for release in 2020, Scott steps up to deliver an hour-long treat of mid-tempo goodness, blurring the lines betwixt IDM, DnB, bass, broken beat and other electronic oddities. In the interview below, Scott discusses the incorporation of Reaktor and Traktor in his studio setup, the fear of being pinned down to abstruse genres, as well as the inevitable ongoing protests in Hong-Kong, amongst others. 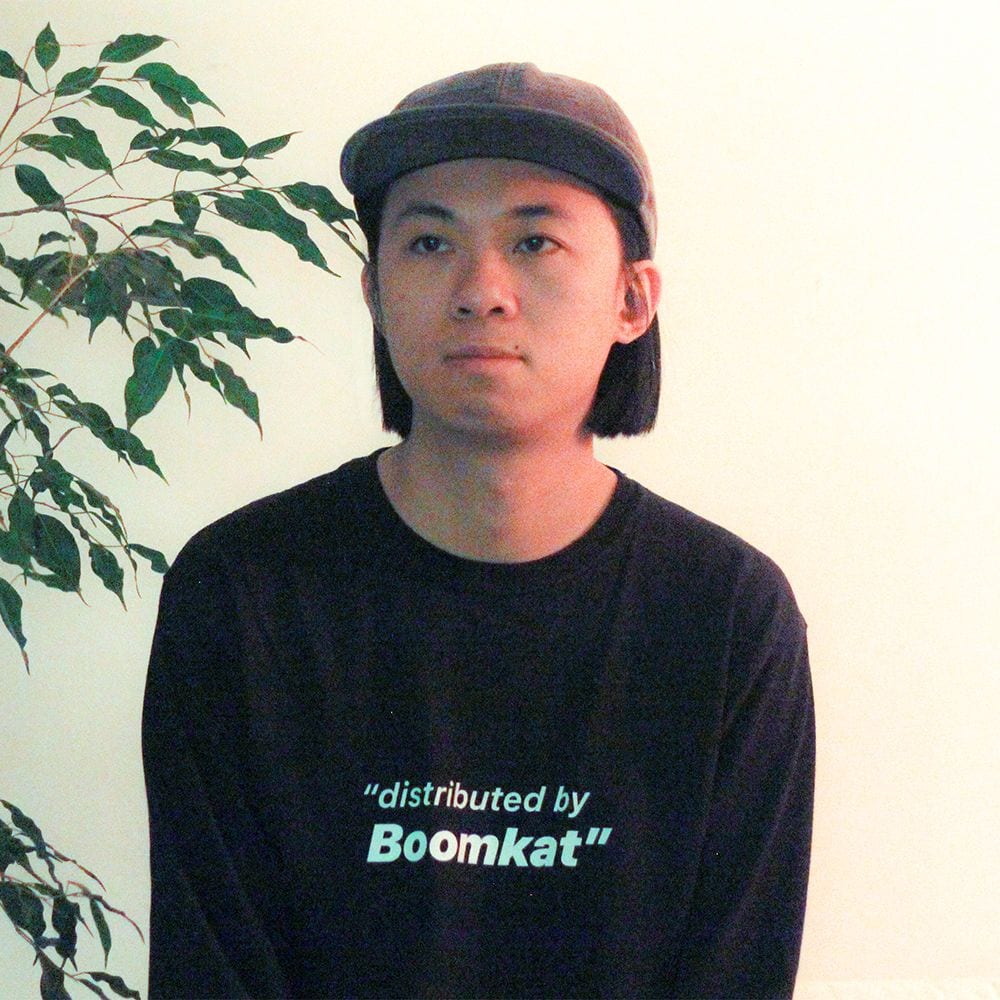 Hey Scott, thanks for that lush, polychromatic mix, which spans the broadest array of music – from IDM to jungle, through bass, dub and broken beat. Please tell us more about it, how and when was it recorded?

I recorded the mix in an AirBNB situated in Canning Town on a Thursday. Host I was with had a baby, so the setup had to be really simple, my beat-up 2011 MacBook Pro via a Novation Nocturne MIDI controller on Traktor for blends on headphones, all parts stitched together in Ableton with a pinch of compression, all put together and edited across the course of two nights.

For snacks I subsisted on fried chicken and Jamaican ginger beer from the shops nearby. Tango Orange is a bit overrated.

What atmosphere and feeling were you looking to convey with this mix – how/where was it recorded?

The mix is a result of putting techno aside and casually looking for tunes on my hard drive under 90 BPM. A lot more space for me to mingle! From hip-hop, drum and bass, mutant dancehall, broken and reconstructed dub techno. It’s both a call and response from the future and an ode to the past circa 98-00’.

It’s somewhat of a political statement too, as regardless of where these tunes came from and what they’re associated with, there is actually no set genre to anything, these are terms for record shops to categorize music and for magazines to generalise where this music belongs. But anyone can be influenced by a genre without being tied to it. Be it broken dub-techno, dub-influenced hip hop, dancehall or drum and bass; all of these forms could be interlinked in some way. It’s all connected.

You recorded a pair of excellent EPs on Samo DJ’s Born Free and Discos Capablanca back over three years ago. What have you been up to since then?

Thanks, I’ll take that as a compliment! There was a lot going on. After making ‘Homeless’, I grew excessively tired making music by inserting MIDI Lego blocks in the DAW, and using trackpad to draw automations, if you know what I mean. I wanted to record music without any hardware which still retained some spontaneity, so I started using Reaktor 5 to generate clips based on built-in samples and controlling parameters; it took me a few years to come up with the right stuff.

Personally, I focused the rest of my time figuring out my reality. Living in a cramped room to make music is quite a soul crushing experience in Hong Kong. I moved into a room on an outlying island and shifted my focus to learn web programming. It was a good career change, as I was able to express myself in a more logical manner.

Other than the geeky bits, I binge-watched a lot of video game speed-runs on YouTube. Strawberry milkshakes was the drink for me. Sorry-not-sorry on the food bits again, I’m learning how to cook too.

I also spent one and a half year in Potato Head in Hong Kong as a resident DJ, that’s where I learnt to use CDJs and turntables properly, playing Balearic and random disco records from the library there on a pair of JBLs.

Sometimes I would sneak in some slowed down jungle and acid in a restaurant setting. It’s like Brilliant Corners [in Dalston] but in Asia, with Indonesian food… doing it for the love of free cocktails, Mezcal too. But amongst all this I decided to focus on new material so I’ve been in the UK on a VISA since March 2018.

A new Scott Young record is finally on the horizon as a result of massive tinkering on Reaktor and Traktor! These are both production tools for me now. The record came together very slowly. I picked 5 tunes reflecting different styles, but still more or less under my signature. Even though the process was slow being patient with it all has proven to be very rewarding.

A few labels that I really look up to, approached me for tunes. The tracks that I’ve sent them are a hybrid of good ol’ MIDI clips as well as a more live approach, which keeps things refreshing.

I’m afraid of being bored, I can’t stand being locked into one style and don’t like music that remains in its lane so to speak. Saying that I love the band Boredoms. Anyway, I feel at home where I am musically at the moment, and, as a general response to an overly formulaic approach to making music, I enjoy having a laugh at the latest manufactured genre trends.

I just made one up before writing this actually; Chambient – Champagne Ambient. 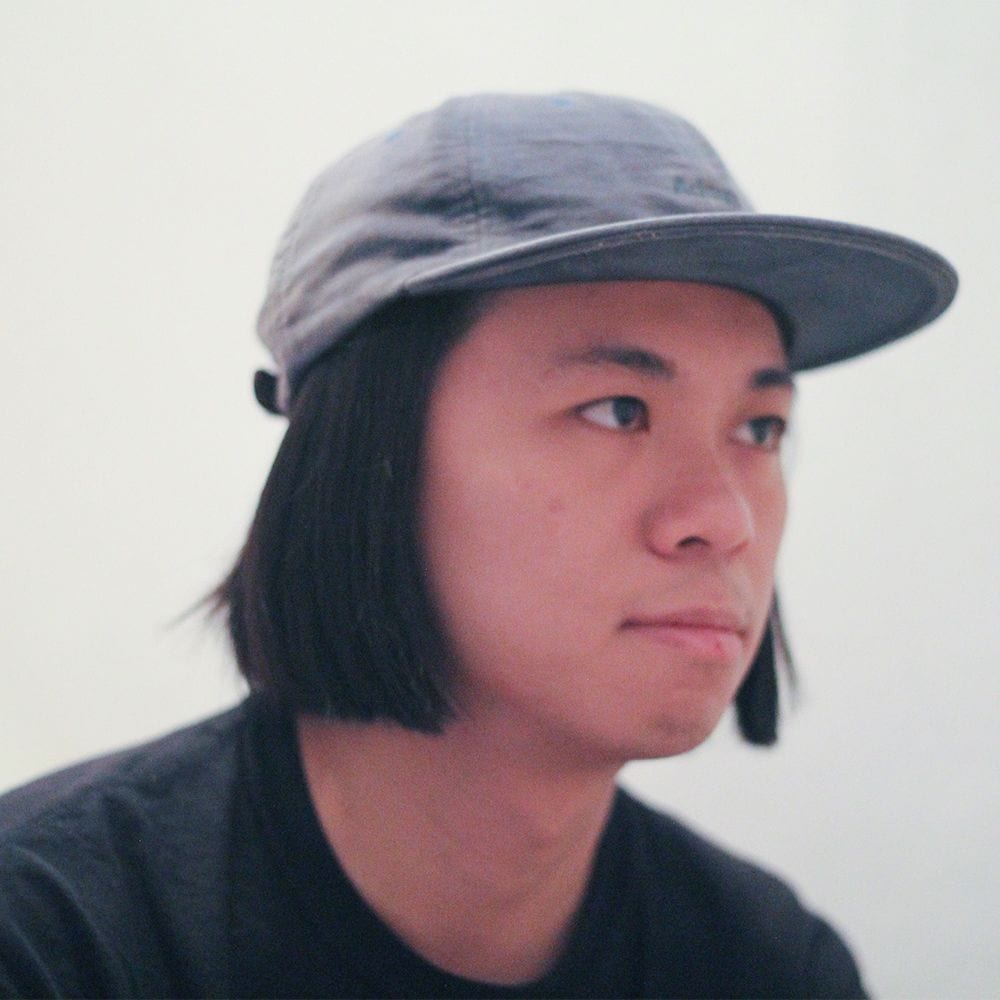 You were born in Hong Kong, which is going through one of its most important societal / political crisis at the moment. Can you tell us more about the situation there, and how you see it from a native perspective?

There you go, this is the saddest part. I went back to Hong Kong in May 2019. The latest flashpoint was the students being trapped in universities, which was reminiscent of the Tiananmen Square incident for sure. Protestors managed to escape PolyU (just Google that) by going down a rope to the highway. Movie scenes man. Glad they fought back proper for the first time, and have shown the world how the government, the triads and police have shaped the omnipresent terror in Hong Kong.

Protestors used to be peaceful, but now citizens are taken by triads and cops, randomly beaten by the police and are being called “roaches” by the coppers. I mean, I couldn’t trust the law and order under the propaganda of the Chinese Communist Party. Even if their influence is intangible and cannot be factually verified, I’m sure it’s there. Big Trouble In Little China minus the Mortal Kombat-esque sorcery.

Do you think of music as a politically relevant vehicle / vector for change at all, or do you think it’s something that’s vanished for good?

I absolutely agree that music can be politically relevant. Style is a mutation based on the fact the world is saturated with people doing the same thing over time. So, as a protest to the status quo, we should tell the world it is time for change by doing things differently from the usual approach.
It’s more important to tell who you are via your music, instead of arguing on social media. Make more weird mutant music. Be brave and create your own world. There’s nothing more interesting than that.

How did you get into electronic music – what triggered you to start producing?

Ed Banger was booming around late 2010, then I went crazy over Sebastian, Mr Oizo that kind of production, I was being nerdy – overdoing it and recreating that side-chain compression these guys always used. I put Sausage Fattener VST on the master bus and squashed the mix into all kinds of distortion. I was that irresponsible.

Tell us about how you go about making music and what, if any, equipment do you use?

Before I started making tunes on a cracked copy of DAW, I made my first tunes on Audiotool.com, it’s like virtual synths and guitar pedal effects on a netbook. Then I made my very first tune on Ableton in 3 weeks which was printed on a CDR under a very awkward alias. I didn’t imagine it would take me to the very interesting places I’m in now.

Do you recall a particular record, gig or encounter that changed the course of your life and music taste?

Low Company indeed! I ransacked my wallet there, picked up Mariachi on No Lagos Musique, new Errorsmith live recordings, Guttersnipe on Upset The Rhythm, A Happy Return on Spillage Fete, just to name a few, more for intense listening purposes than playing out.
Which producer has made the biggest impression on you in 2019 and why?

Going out for pints, meeting friends before going back to Hong Kong next year. I’m also stuck in my sublet now writing new tunes and working in a ramen bar. Also working on website stuff for a living. Time is moving really fast here.

Hopefully I can come back to Europe for gigs next year and finish a new ‘Satin Doll’ EP, and a Scott Young album. Wish me a safe time back in Hong Kong!