Hailing from the city of Bari in the southern region of Puglia, Italy, Dona aka DJ Plant Texture strikes as a true underground spirit, a fact perhaps reflected in his discography, a sporadic collection of tracks somehow landing on some of the world’s most respected underground dance music labels: Ilian Tape, 1Ø PILLS MATE, Unknown To the Unknown… and two releases on Héctor Oaks‘ label.

Dona has managed to achieve all this without losing a shred of his character, without diluting his style for anyone in order to check the boxes for release material — a fact noticeable immediately upon talking with him. Earning his stripes the real way, Dona went through the grinding drudgery of the 9-5 life life until feeling confident to leave and set up his EXP Record Store in Bari, thanks in part to his small but mighty successes on the aforementioned labels.

With the free heart of the early 90’s international dance scenes spurring him on, Dona’s sound has blossomed since the start of the global pandemic, with a self-released EP ‘UnPlanted Textures‘, followed by the latest missive on OAKS, a blistering masterclass in ruff breakbeats diced with acid, and rolled up in just enough humour for it to remain lethal on the floor while serving big smiles at the same time.

Suitably for one so far removed from the release game, Dona’s mix shows off his technique and selection in a way unlike any other mix online. With the faders glued to the max, listeners get a peep into what it’s like to be behind the wheel of the turntables, hearing every transition from the get-go. Unbridled and outrageously fun, Dona channels the spirit of early-morning energy, packed with unknown white labels and world-class techno in: DJ Plant Texture Presents: “PERSPECTIVE OF A DJ MIX” for Inverted Audio. 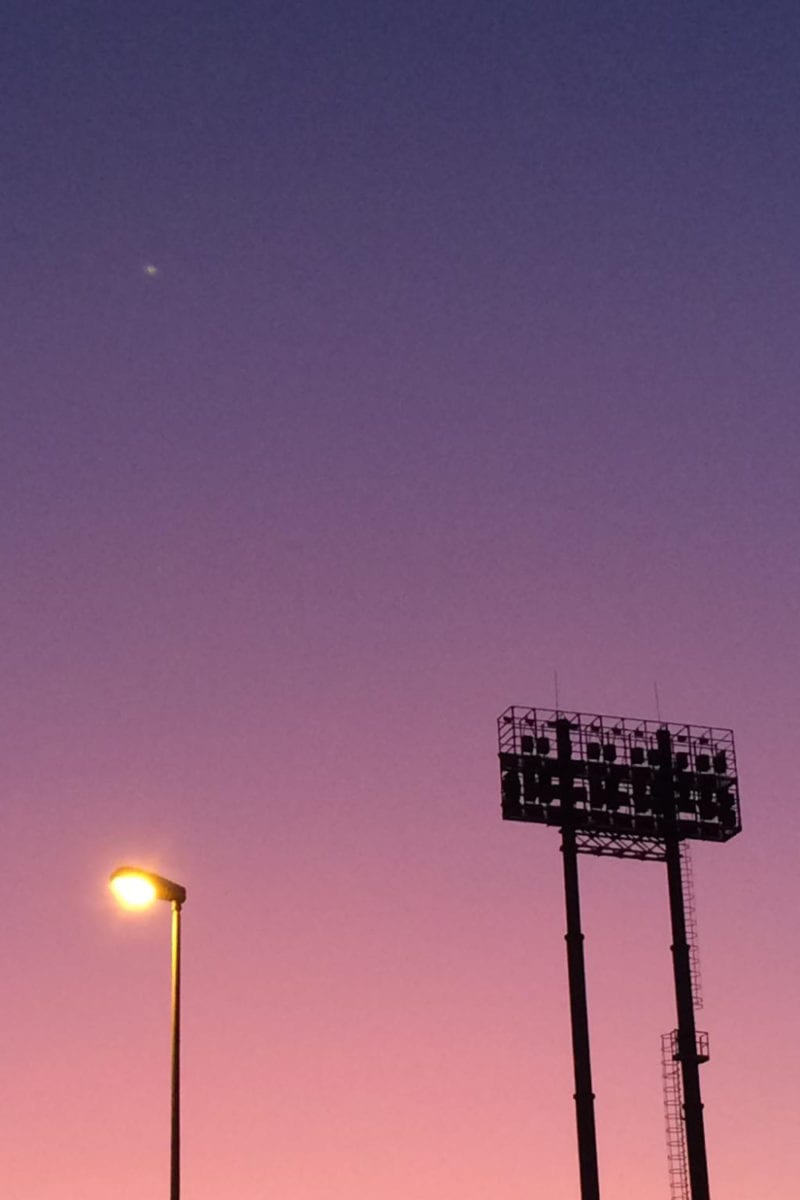 Hi Dona – thanks for answering these questions. For those who don’t know you, can you provide a bit of context about who you are, and where you come from?

Hi there and thanks so much for this. I’m a guy from Bari, which is the main city of the Puglia region in South of Italy. I always lived here and I saw this place growing a lot in term of popularity and tourism in the past few years, I remember when I started touring around the world some years ago and people didn’t know where Bari was at all, not even Puglia.

In Bari 20 years ago you where not properly be free to walk around because it was a really dangerous place, I mean some areas like the Old Town and most of the popular areas (that was the place I used to live) were controlled by the local mafia and it was a completely different place from what you see now.

I’m still surprised sometimes when I see people from around the world coming here because they actually decided to live here, it makes me proud of this place. It’s an incredible city now, super cheap, beach in town, always sunny, great food. I mean, it’s still a poor city if compared to some other Italian touristic city but everything is growing day by day. And the attitude of people from here is UNBELIEVABLE! So so friendly. Here we use to say: IN BARI NOBODY IS A STRANGER.

Your mix for us is one of the most original mix submissions we’ve had in years – please tell us about it and the methods you used!

Ah that’s great to hear that you enjoyed the weirdness of the idea behind it, thanks a lot. I basically recorded everything with all the channels on the mixer on full, so you can hear all the scratch and beatmatch and the decks FX like back spin, reverse playback etc. That’s why I called it “PERSPECTIVE OF A DJ” Mix, it’s fully improvised so you can feel what a DJ feels in the headphones while people are dancing, like the pre-listening of the track and stuff like that.

It would be kinda educational also for the style of mixing, I just use pitching for the beat matching, so maybe if someone wanna learn to use turntables can take a little inspiration from it. Also lately I started to bring in records in the mix with the full bass freq on so it gives more saturation to the whole vibe, I love to do that but the sound system guy I guess is not happy like me when I do that loool.

Why did you decide to do this mix in this way?

This mix was inspired by an old mix on a CD I used to listen to in my car in the middle of 2000, 2004 I guess, it was “Francesco Farfa at TNT KAMASUTRA”, in Venice I guess. In that times it was not like it is now, so the only way you had to listen to other DJs was to go to the club or to have a copy of the recording of the night on a CD, no YouTube, no streaming, nothing.

For some reason the promoter recorded the night but the mixer had some problems and in the recording you can hear what Francesco listened in the headphones, quite weird but truly inspirational for me. Unbelievable technique. I decided to do something similar with a selection of records that I like more nowadays, paying a tribute to old school vinyl DJing. I wanted to feel like being downstairs at Tresor at 5 o’ clock in the morning. Damn I miss the club..!

What is the music scene like in Puglia? Is there a focus on certain types of dance music?

Music is scene here is amazing! Still growing day by day, but I’m so happy that thanks to my record shop I discover new artists every day, and also the quality of the music is really great, no genre restriction at all. There’s a lot of people interested in club culture, nightlife and underground electronic music. It’s really vibrant and fresh.

We also understand you run a small record shop. We’re really keen for you to share details with us about this – where is it, and what kinds of music do you stock?

Yeah, it’s EXP Record Store. I always wanted to bring a new record store in town, more focused on the underground side of things, and also for the cultural purpose that a record store represent for a city. So once I started making records, years ago I decided to quit my old job and old life and focus on the art, for me and also for the musical culture of this beautiful place. Someone had to do it sooner or later, and I did it and I’m so happy for that.

How difficult is it for you to sustain a record shop in the city?

You’ve been quiet for a few years as a producer, but with your discography it’s quite surprising: Ilian Tape, 1Ø PILLS MATE and Unknown To The Unknown are fairly legendary labels. How did your releases come around?

First one was 10 Pills, which I waited 2 years more before it came out (the tracks were made in 2013 – 2014 I guess). I always liked the jungle breakbeat side of things so I decided to try to do it my way. The UTTU came just after and then Dario (Zenker Brothers) charted me, so I said thanked him a lot and he asked me for some more music. I sent him a couple of playlists and they decided instantly to do the record. Super great guys, actually all the Ilian Tape crew is amazing on both sides, human and artistic (CIAO RAGAZZE!)

We’re keen to hear about how your release on Héctor Oaks’ OAKS label came around, after such a gap between releases.

It happened thanks to the guys of Cura Festival, a super underground festival from Ceglie Messapica in South of Italy, especially thanks to Gianni Gentile who is a brother to me. Basically I always wanted to start a more techno acid rave project, and during the 1st lockdown I made like 20 tracks in one week, one of the most inspiring period of my life.

I didn’t know where to send these tracks, because I needed a futuristic kinda techno label that could keep the vibe of my tracks, and Gianni and Hector were connected already. So I kept in touch with Hector, one of the most beautiful people I met in this electronic music world, and he fell in love with the tracks I sent.

I always tell him he saved my life as an artist and also as a human being, he has been a huge inspiration lately and he gave me again the power to trust in my art. I’ll be eternally thankful to him, he is a pure soul and a true artist and everybody has to know that.

What would you say is the definition of your sound?

I got it some days ago after years of thinking, I’ll call it “IRONIC APOCALYPTIC BREAKS TECHNO”

What’s the difference between your ‘Dona’ and ‘DJ Plant Texture’ aliases?

The Dona one (which now is stopped a little bit) was more dedicated to the sound of the machines, so like the acid or the wave or the more soundtracks side of my music (like the record I made on Mannequin last year). DJ Plant Texture is mostly for the sample based things and the more breakbeat stuff, and techno.

What’s the story behind the name DJ Plant Texture?

I always wanted to use a 90s rave kinda moniker, so I was searching for something cool. After hours of research and nothing really good I noticed I had the texture of weed as my desktop wallpaper image… the plant you know… aaaaand here we gooo!

Do you have any more releases on the horizon we can look forward to?

I do have a really great one which I’m looking forward to so much, some already announced like the album for the Acid Series on Interdimensional Transmissions Detroit, some not, but I can’t teeell nooow loool! I love yooo and thank you a lot again.