As part of our partnership with Intonal Festival, we’re elated to share a mix by Copenhagen-based sound artist Sofie Birch, who has a fascination of healing frequencies and natural sound vibrations.

A member of this year’s edition of the ever-intriguing SHAPE Platform, Sofie’s recorded works have been somewhat scarce to date, with just two albums currently available: ‘Island Alchemy‘ released via lauded tape label Constellation Tatsu and ‘Planetes‘ through Seil Records.

These albums complement two other releases that show a great deal of artistry and depth to her musical explorations: long-form compositions evoking untamed natural scenes just as they do the perspective of a fragile, out-of-place human wandering amongst them. Birch’s sound is, at times, alike to the reactions between the two, organic material composed of synthetic interaction.

Ahead of her live performance in Malmö on Friday 18 June, we caught up with Sofie to discuss her live composition ‘Quadraphonic Flux‘, her considerations for festival acts versus a normal gig, and what releases she has in store for 2021. In return, Sofie has recorded us a spellbinding mix that traverses the corners of ambient music, touching lightly on many disparate tones, ushered gently into an engrossing environment. 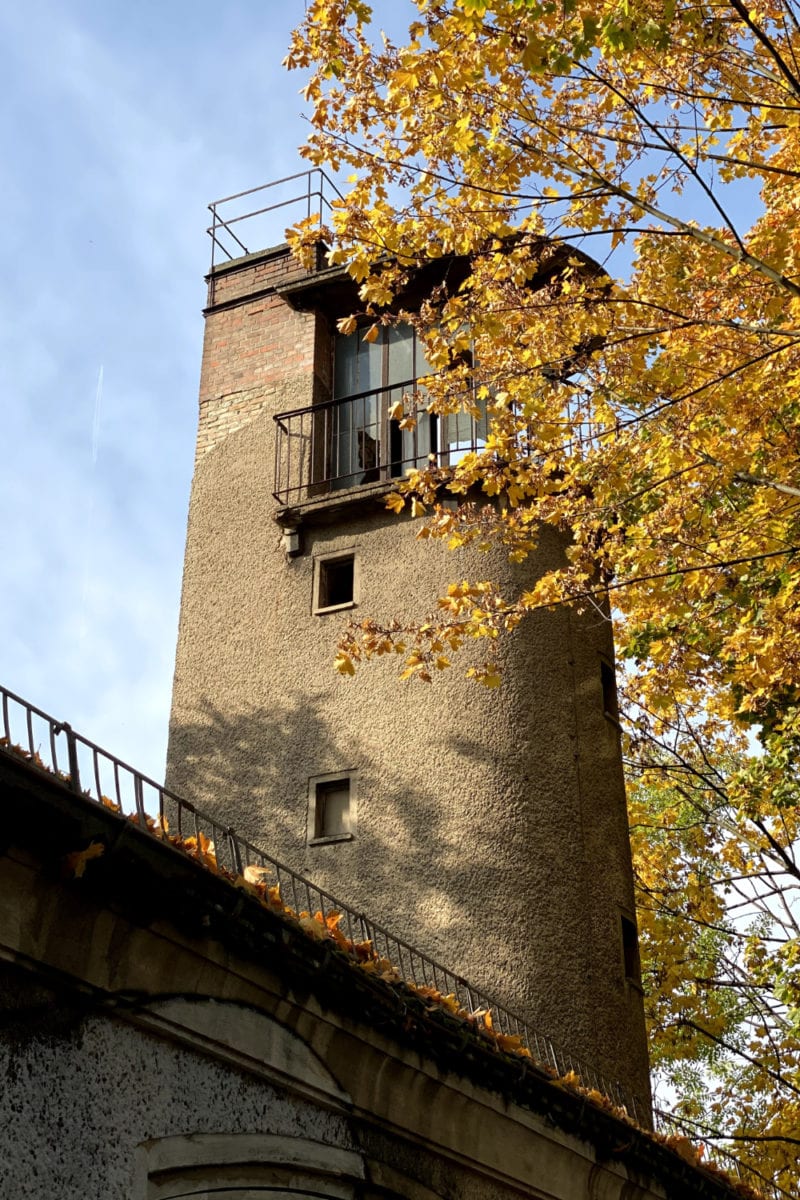 Hi Sofie – Thanks for taking the time to answer our questions! How are you feeling about playing at Intonal Festival? It must be nerve-wracking after such a long time in front of an audience?

I’m looking very much forward to playing at Intonal. I have never visited the festival before, so it is going to be a nice entrance to what I have heard should be a fantastic festival!

I have had the pleasure of already playing two concerts this month, so I’m starting to get into the flow of playing live again, and it’s fantastic.

Please tell us about the mix you have recorded for Inverted Audio – what atmosphere you have created and any particular tracks that you are happy to have included.

This mix is a little bit more darker and beat driven from what I mostly chose to play from my vinyl collection. What I love about mixing is the same thing I love when I compose music. I get to create emotional spaces and audible environments with a certain feel that fits my mood. A journey through a landscape of sounds. I imagine this mix as a journey through a dark tropical forest where rain has just stopped falling and the sky lightens up as a pale lid on top of the trees.

I’m happy to have found a little space for a Kenyan flute called the Nzumari (as the track itself) from Muziki wa Kiasili. I like to use recordings like this to bind other genres together in a mysterious way.

Also Molero’s ‘Manglares‘ and Mantris’ ‘Souvenirs From Imaginary Cities II‘ are both absolutely fantastic tracks. Both taking me far into an imaginary jungle. I could say something about every single track from this mix <3 But I can also say: go and listen to Jonny Nash and Lindsay Todd’s album ‘Fauna Mapping‘!

Casting your mind back to pre-pandemic times, where did your last live performance take place?

The last performance I recall was in September 2020 (not pre pandemic, more half way pandemic) where I got to play at Inkonst, on the poster with Kajsa Lindgren.

The Black Box at Inkonst is fantastic to play in and the audience were so thankful for being there experiencing music. You can feel how the audience is suddenly craving live music after the pandemic. They are so focused and open in their faces and bodies when listening, and live situations are suddenly very intense and beautiful, and highly needed.

How do you approach performing at festivals in general? Is this different from a standard live performance?

Festivals are like the adventurous music I’m interested in; a collection of different moods tied together in a journey through space and time, all together creating one whole experience. At a festival all the different shows support each other and give life to each other, coexisting as one journey in contrast to a single live performance shining on its own.

At this year’s edition of Intonal, you are presenting the world premiere of ‘Quadraphonic Flux’ – a four speaker, quadraphonic immersive sound experience which you describe as “one long womb-like adventure of softness and acuity.” – Please tell us more about this performance and how the audience are expected to absorb and interact with it?

I created this experience during my residency at Inkonst last year, and I have to be honest and say that I haven’t played it since. So I’m very very excited to open my project on the Octatrack and dive into the material again.

My concept was to collect a lot of tracks that I have released and will release during this year but never have played live. Fx ‘Slow Piru‘ from ‘Island Alchemy‘ and a track called ‘Tide Rose‘ from an album that will be released later this year. I worked on turning them into live versions in a long coherent tail working for four speakers.

What I’m most excited about/nervous about is that this performance is planned in detail. I usually love to have space for improvisations, but this one is more tight and I have to be focused in another way. I hope the audience will feel guided around in both time and space accompanied by their own emotions :)

Onto more general matters, how have you been interacting and consuming music throughout the pandemic?

I’ve had a lot of time to expand my record collection. I have really enjoyed making mixes at home and shopping for records on the internet. I’m not so good at watching live performances on the computer, and find it very hard to stay connected with the performer, unfortunately. So I miss going to live concerts! 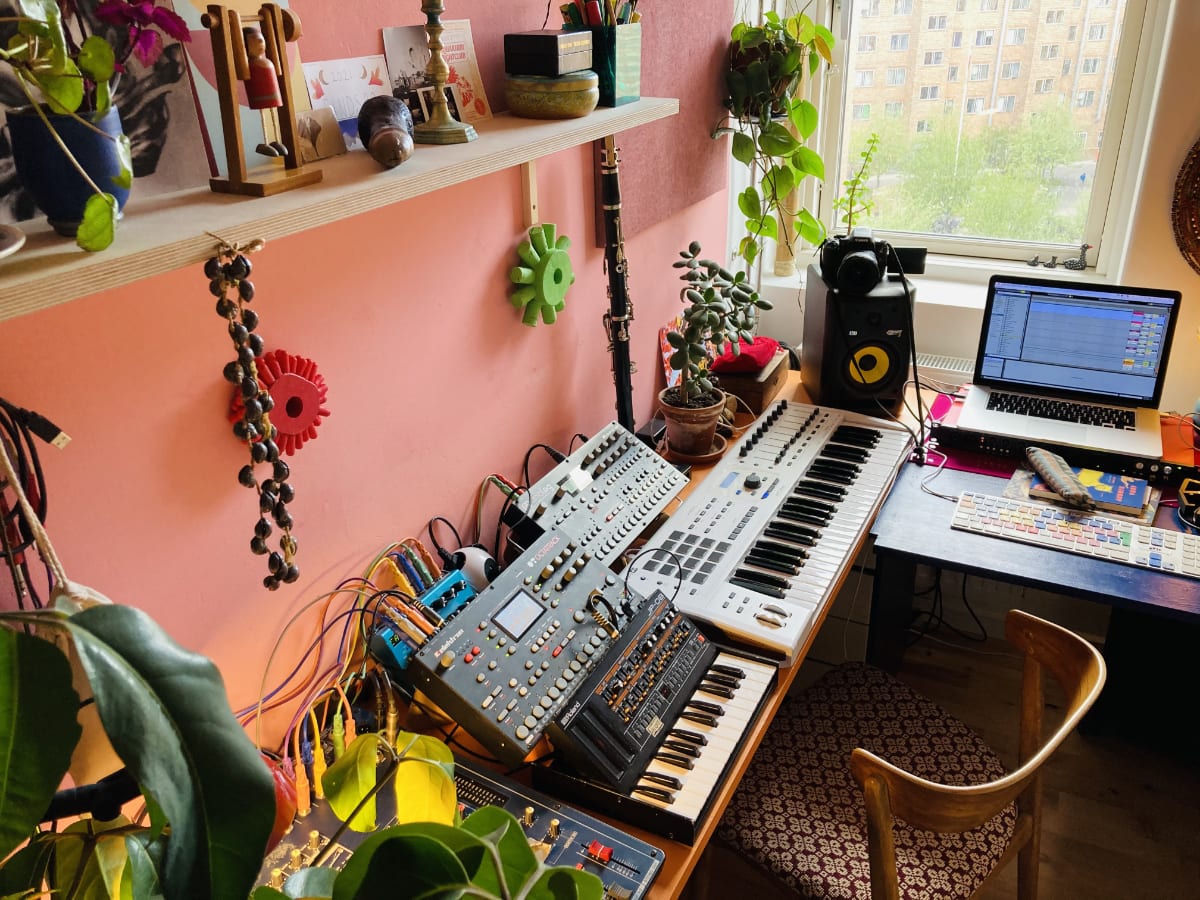 Did you ever find a period of time where it was hard for you to stay productive with creating music, or even just listening and staying up to date? If so, how did you find a way out of that rut?

Most of the time I find myself very productive. The active energy is very present in me and I’m more struggling with giving space to the passive energy. The stillness. I’m very much aware that I have to stop constantly creating and producing and also give time to learn, listen and absorb. This is also why I’m drawn to ambient music and deep listening – because I can learn so much about everything and myself here.

In line with that, do you have any forthcoming releases on the horizon?

Yes! This is a crazy year. I just released the music from a performance I made with My Lambertsen/ SLØR Visual Performance last year called ‘Whisper Fold Brush‘. The music is out on vinyl and cassette through Seil Records.

Later this year I have a collaborative album with Johan Carøe coming out on Stroom and a dear dear solo album that I have been working on for years coming on my friends new Danish label, Intercourse. This one is called ‘Holotropica‘ and I can’t say how much I’m looking forward to sharing this work.

I am particularly fond of recent albums ‘Planetes‘ and ‘Island Alchemy‘. How do you go about building your album releases? Do you go for a conceptual approach, let sounds and ideas come to you, or a bit of both?

It can be both. My conceptual approach to the two albums you are mentioning here was to sit down and just play and record and do the production afterwards. I like to tell myself that I have a certain amount of time to finish a piece of music. This helps me focus and stay active in the process and not loose the first love I have with the music. I love the coincidences revealed when I improvise, and I love to keep them in my productions.

But the album ‘Holotropica‘ coming out later this year is a whole different approach. I spent hours and hours on re-recording, thinking, fiddling, philosophising, throwing away and adding again. During the whole process I found inspiration in old illustrations of phrenology and had this focus on the concept of the third eye. I have also been involving other instrumentalists and musicians.

You recently released an album in the theme of Pauline Oliveros’ ‘Deep Listening’ concept – how did you interpret her idea for the release?

I took some time to listen. I took the train to the countryside and went for a very long walk with my recording gear and picked up everything I went by. And slowly while recording I started to imagine a certain mood that I later improvised on the piano and my synthesizer. Working with this piece was very therapeutic because of its low pace and long form. I’m very inspired by her approach to the world and try to remind myself to actively listen to myself, a tree, and a friend.

You’ve recently been selected as one of SHAPE Platform’s 2021 artists. How does that feel?

Have you had an opportunity to work on something for the project, or is this all secret information for now?

Who else from this year’s SHAPE roster are you listening to?

I’m a huge fan of KMRU and Grand River <3

Do you have anything else to share with us about your music, or about something broader?

Right now I have rediscovered my admiration for gongs and sound bowls, and have started to regularly frequent Copenhagen’s finest gong master Aiste Venskune again to experience the power of sound waves.

It is absolutely amazing how this instrument can impact the body and mind. I have had some very intense experiences of meditation and trance that help me listen, learn and let go. “You can’t hold back a waterfall” – a sentence that follows me everywhere at the moment – also on stage :)