These days, the path to becoming recognised within electronic music seems to be a fairly stereotypical one, very closely related to a combination of sheer luck and a longstanding and concentrated effort towards making success happen.

It’s quite refreshing, then, to see an artist rise in a more organic way, completely unperturbed by the glory, gold and glitter somewhat promised on reaching the upper echelons in dance music. Ivy Barkakati seems to be one of these characters.

Originally from Maryland, USA, Ivy is currently based out of Barcelona, where she pursues several musical projects other than that created under her name. Her music has popped up on our radar sporadically over the course of several years, from LA label SOS Music’s first release, a co-production on the title track from Roza Terenzi’s debut album, and now a track for Aussie outfit Sleep D’s Butter Sessions big birthday bundle.

If Ivy’s output seemingly lacks a concerted effort in releasing larger bodies of work via other people’s platforms, it certainly doesn’t lack a certain self-driven tenacity, an earned respect from some of the world’s favourite players in modern dance music, nor a high-calibre and individual approach that strikes us on each of her releases.

It was, therefore, our pleasure to invite her to contribute an IA MIX, partly to get a glimpse of where she stands right now as a DJ, but also to take an opportunity to learn a bit more about a figure we know very little about, but who has, as one example, released via Dominic Fernow’s (Vatican Shadow) exclusive Hospital Productions label.

Ivy’s podcast is exactly what we had hoped for: a personal mix, uninfluenced by current trends in music and raw, from-the-heart mixing of tracks that gel perfectly with the onset of spring, coursing through genre with a light-hearted attitude and a clear vision of fun. Carefree house, sunstruck breaks, gentle touches of trance and much more await. 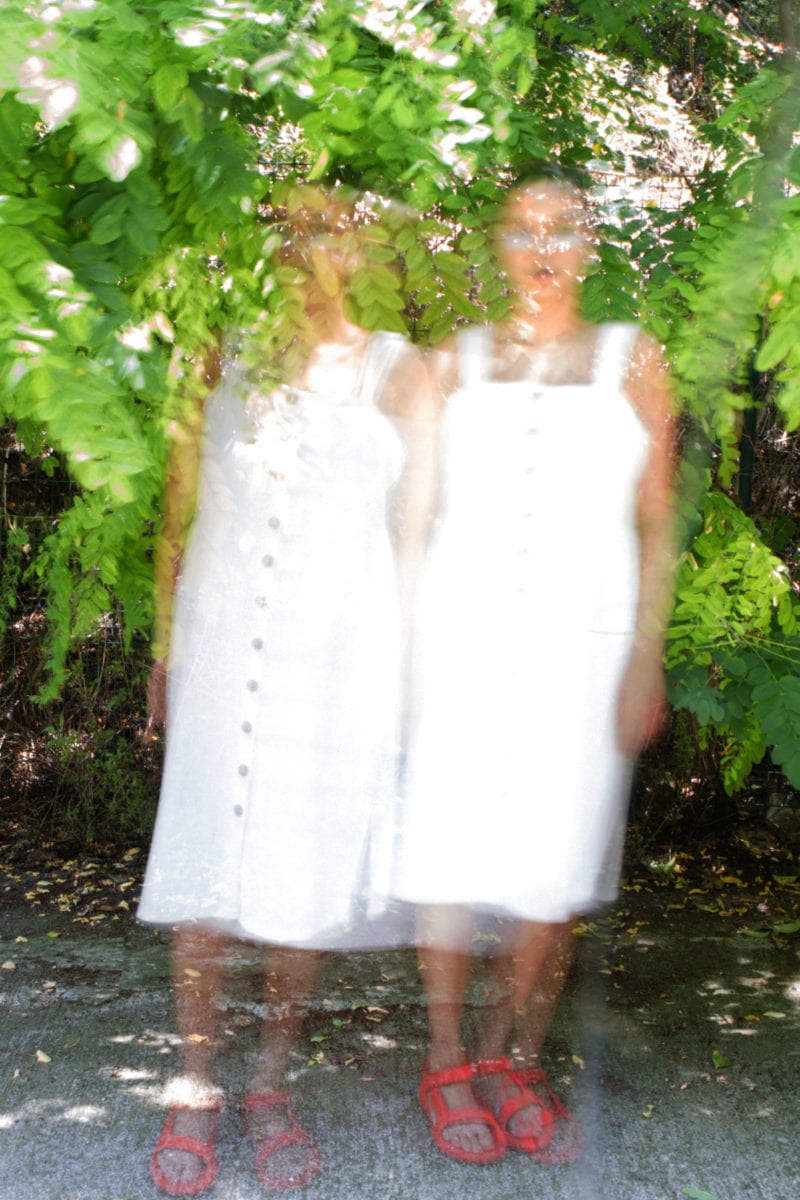 Hi Ivy, thanks for answering our questions. I’d like to start by asking you about your current situation: How have you been shouldering the pandemic? Are you still based in Barcelona?

I’m hanging in there, thanks to assistance from friends and family. It’s been much more difficult to maintain without income from gigs but I have been fortunate to be able to survive. Yes, I am still based in Barcelona, thankfully.

How has the pandemic affected your life as a musician, so far?

It’s been soul-crushing not being able to recharge my spirit and source of inspiration through seeing people play live and hearing music in clubs and festivals. Last year was extremely depressing, and I felt more anxiety than motivation. But I’m slowly waking up as spring continues to blossom in the Northern Hemisphere. I have renewed hope.

Please tell us about your mix, the music featured in it, the atmosphere created and how you went about recording it?

In this mix I wanted to express how it feels to live in this new world being formed right now. Dancing on the ashes of the old world. A mix of past and present sounds, both sharp and soft, including a remix of my band IVAN as well as a track by a friend (Rumore). I recorded it with two XDJ-700s and an Omnitronic TRM-402 mixer.

You’ve been something of a mercenary for compilations recently, both with regards to the Butter Sessions release and the ‘SOS Music Vol.1‘ compilation from LA women’s collective SOS Music released last year. How did you find yourself releasing on compilations from such different groups?

The Butter Sessions compilation happened because they had already put out a record I was on (‘Ahora Sí‘ with Furious Frank), and then I met Maryos and Corey (Butter Sessions co-founders Sleep D) in person when my IVAN bandmate Phran and I DJed with them at LAUT in Barcelona in June 2019. After that they invited me to contribute to the compilation. As for SOS Music, I had met label co-founder Lottie when she lived in Barcelona previously.

You’ve also been fairly silent on the solo release front – can you tell us about how your solo tape for Dominick Fernow’s Hospital Productions label came about, so out of the blue?

My ex Arnau Sala (aka Exoteric Continent) and I met Dominick Fernow when he played a show as Vatican Shadow at a gallery here called Miscelanea in October 2012.

After that at some point he was at our place listening to Arnau’s music, and then he listened to this tape I had already recorded for another label that didn’t end up coming out. He liked it and said he wanted to put it out. It was definitely completely out of the blue, very unexpected!

Have you any plans to add to your solo repertoire that you can share with us?

I have a tape (cassette and digital) coming out on the Pittsburgh label Seith Communiti later this year and I have a track on another compilation coming out later down the line.

It would be nice to understand your process in recording. Without as many EPs and albums as is somewhat typical today, do you approach making music isolated from a full-release perspective, or do you still create EPs and albums bound by a musical identity or concept?

Even though I am 36 going on 37, I am still a baby when it comes to making music. Part of the reason why I have been so slow in putting out more solo music is because I had to quit drinking. I celebrated three years being alcohol-free this April. It took me a long time to realise how much my drinking was slowing me down.

Also, I have focused much more on DJing in the past several years. In some ways I feel more comfortable DJing than making music, but at the same time I know I have just barely skimmed the surface in terms of my musical output. I am excited to see what is to come.

Up until now I have approached making music isolated from a full-release perspective, but I intend to create future EPs or albums bound by a concept. For example, the tracks that comprise my Bandcamp release ‘Desvío Energético‘ were created separately, but afterwards I thought they went together thematically.

Outside of your solo projects you’re involved in several groups. Can you tell us more about those?

I have two groups, one called IVAN (pronounced ee-VAHN, Iván, like the name in Spanish), with the Venezuelan producer Phran, and Proceed, with the Basque producer Eneko Balzategi. IVAN is more house and Latin influences, whereas Proceed is darker in mood and electro in genre.

Last year the self-titled ‘Proceed‘ EP came out on digital and vinyl on Eneko’s brother’s label Haus of Beats, while Phran and I decided to self-release the ‘Delicious Fantasy‘ EP via Bandcamp.

For the most part in both groups I have contributed synth parts and vocals, with IVAN I have contributed a little more with rhythmic elements. In both groups we work in Ableton on Phran’s or Eneko’s computer because both have years of experience working in sound design. I use Ableton for my solo music as well, but I am not as advanced as they are. I feel very fortunate to be able to collaborate with both of them.

Have you found ways to stay productive in these during the last year?

During the last year I have been asked to do more mixes than ever before. So that’s been my main way of staying productive, by meeting deadlines.

What advice do you have to those setting out on the journey of music-making? What pitfalls do you wish you hadn’t made, if any?

I just fell into it myself, I never set out on this path deliberately, so it’s difficult to think of advice to give. Just be true to yourself and make music for yourself above all, not with any set audience in mind. Be yourself. I only wish I had started sooner but I would always say it’s never too late to start. Better late than never is my life motto.