There’s no hiding our appreciation of Florian TM Zeisig‘s recent ‘Coatcheck‘ LP, released in July on the imprint Enmossed – our album review testifies as such. A gasp of fresh air amongst a genre certain surface-scrapers are starting to label “stagnant”, Zeisig has opened a door into the brickwork of ambient music.

As befitting the record’s shrouded aesthetic, the artist and his methods remain somewhat in secrecy. Intrigued, we reached out to Zeisig to discover more about his methods for producing music, and in time we were rewarded not only with a shade more understanding, but an equally rapturous contribution to the IA MIX Series.

Florian’s mix diverts listeners from that strict ambient density of ‘Coatcheck’, displaying new facets to an artist we were already utterly convinced by, whilst also touching on essential ambient selections from Lamin Fofana, Dylan Henner and Forest Management. Read on, and push that door open a little wider. 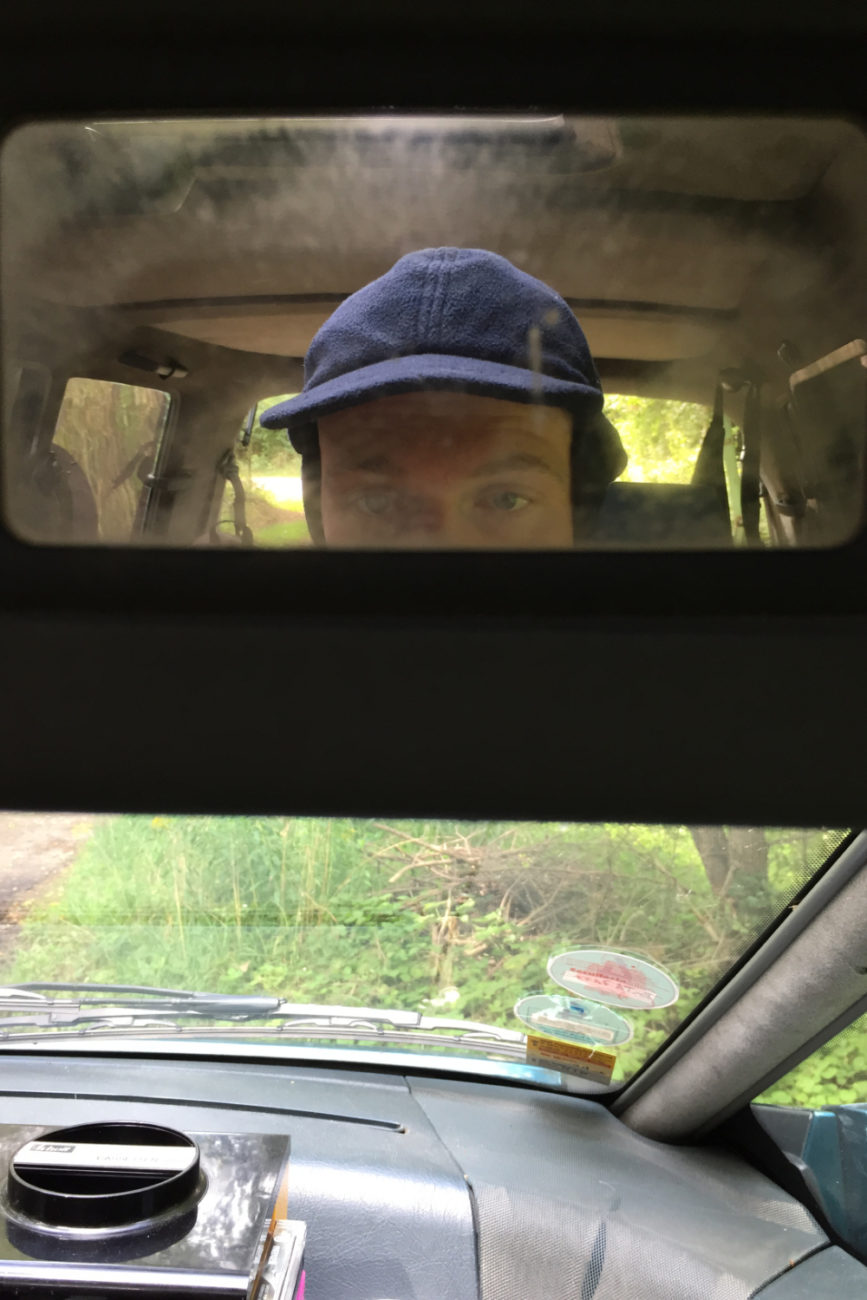 We’re huge fans of your ‘Coatcheck’ LP released on Enmossed. How does it feel to have your music released on vinyl – is this format important to you?

Thanks for having me, making this mix was fun. Releasing my album on vinyl is a welcome change for me for sure. I guess some people prefer to listen to music on a specific format, which is fine, I’m not too much of a vinyl head per se though.

It is however nice to have it out on a different format this time around, however there are these funny moments when someone came up to me after a show last year saying “you’re a tape guy right!?”

How long did it take you to write the album?

More or less a year.

Can you please share with us some of the instruments you used to make it?

I used a lot of field recordings to get a feeling for what I was trying to achieve. I wanted to use them as a sort of template for the varying perspectives. I recorded different viewpoints like firing my vape while I was walking home and flag poles clanging at the grocery store outside to capture the atmosphere and mood which I could combine with my emotion-based experience from working inside.

The album is not so much instrument-based but rather an exploration into making music from a mixing point of view. I was more interested in “listening between the lines” than coming up with melodies or using expensive synthesizers, which I cannot afford in the first place.

From the text written for your previous Anòmia album, it seems there’s a lot of conceptual thought going into your musical process. Can you explain a little about how that translates into production?

Conceptualising an idea for an album is the starting point for my music, it’s nice to delve deep into something, research and engage with it.

For me, making music is a way of learning about things, on both a personal and artistic level, and having a framework around it helps me to develop different tools to utilise the idea.

Is there a similar conceptual basis behind ‘Coatcheck’?

The album is based on my personal experience as a minimum wage worker. It is a meditation on the fact that for all the odd jobs I’ve worked in my life, I have ultimately been either taken advantage of, paid unfairly, insulted, worked under terrible conditions or experienced or witnessed sexual harassment. ‘Coatcheck’ is a very personal way of examining my own reality, stuck in this problematic and inhumane system. 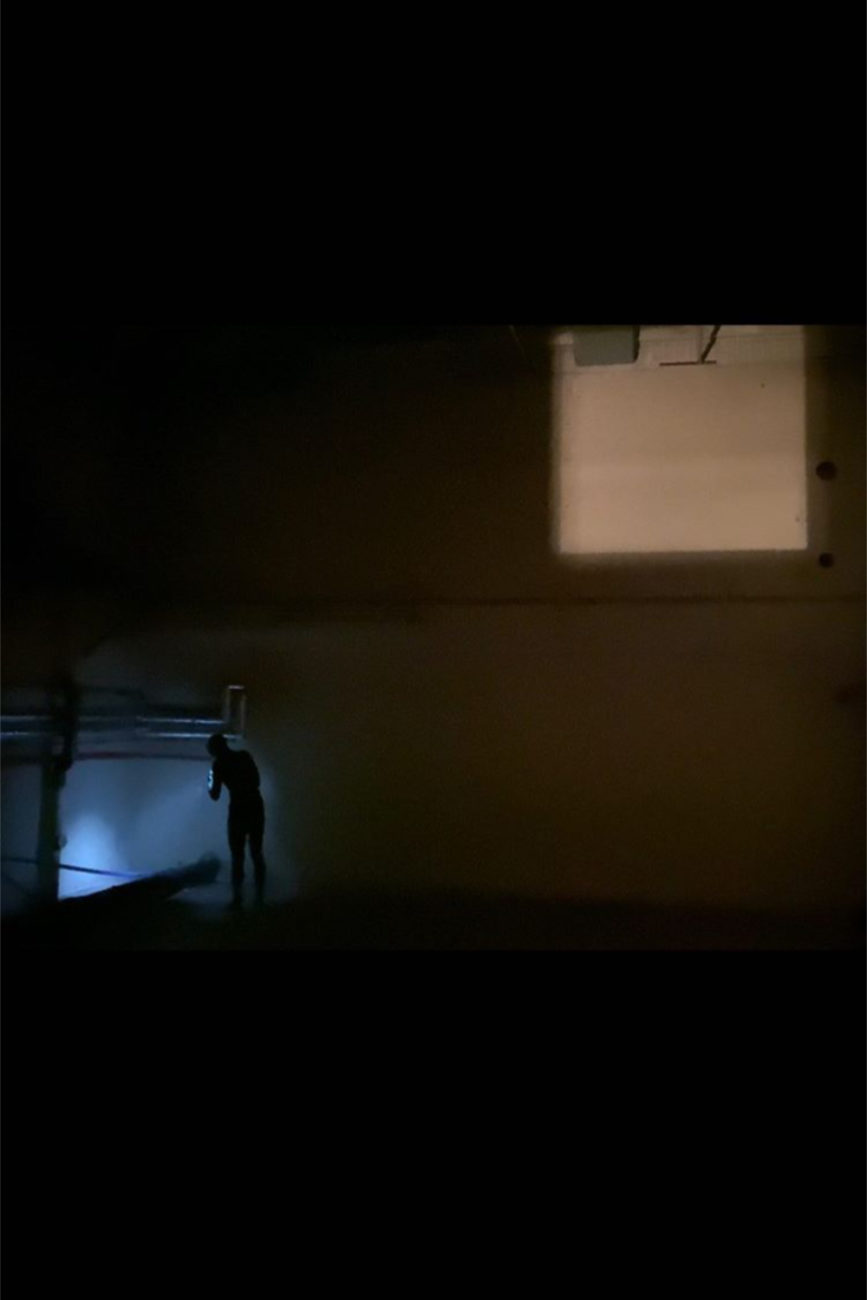 In our review, we assumed there was an element of self-service with this album, or of therapeutic music-making. To what extent do you agree?

Definitely — Coatcheck is very much informed by a personal developmental process that I was going through during my time working at the club. My practice is ultimately tied to self-exploration, healing, therapeutic notions and anti-capitalist approaches.

How important do you think it is for an album to have a conceptual basis, or an undercurrent beyond just musical output?

Everyone is different I guess, I personally find it helpful for my own practice to have a loose conceptual framework but most music I like is not based on many conceptual ideas — at least not academic ones.

Onto the mix. It’s very different to the album! Why did you decide to show this different side of your musical range?

Haha, I approached this mix in the same way as the album actually. The stuff I listen to is not tied to a singular genre so i guess that’s why it might seem a little different than my output.

At the same time, the mix does seem to channel a similar energy as the album, in places. Can you talk to us about the creative process here?

I focused on editing and mixing various processed mash-ups. I’ve always been interested in making connections that might seem off-kilter at first. There’s a lot of subtle references in it that capture how I was feeling when putting it together.

Can you talk a bit about some of the music you’ve selected?

All these tracks speak to me in a variety of ways. There are a few friends in there who’s work I deeply respect and appreciate and other tracks which I find just very inspiring and forward-thinking.

Lamin Fofana’s album ‘Darkwater‘ is one of my favourites of the year, Forest Management’s ever evolving and beautiful work, MHYSA and lawd knows’ SCRAAATCH project which is so incredible, there’s a track with a reference to a Bavarian midnight TV-show about space I used to watch when I was a teenager and stuff like that.

I’m working on a lot of new music at the moment, my next album is coming out on Métron Records in February 2021, I also have a couple of collaborations in the works, which I’m very excited about. Other than that I’m planning my practice as a vibro-acoustic sound therapist.

‘Coatcheck’ LP is out now via Enmossed. Order a copy from Bandcamp.

Photography by Arnau Sala and #InkAgop courtesy of 3HD.