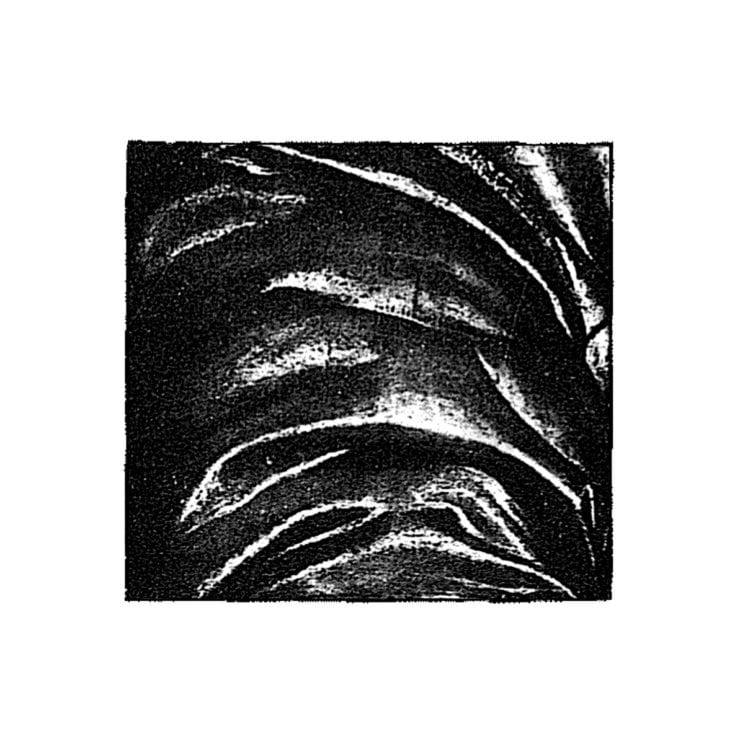 Whilst it seems not uncommon for a debut record to be utterly spellbinding, when these plates arrive, from an almost unknown musician, the effect is hardly lessened. With no delay, make your acquaintance with Florian T M Zeisig.

Coming like a crosswind hurricane via Maine label Enmossed in July, this is the artist’s debut vinyl record, with just two cassette releases to his name prior to the wax. Despite this, Zeisig’s debut to the world of vinyl has hardly left our turntables since its release.

These two underloved tapes forge an idea of the music Florian releases: hypersaturated ambient music, unfathomably rich, drenched in conceptual process. Already, on the ‘ZZZZZzzzzzz’ tape released last year, you can hear threads which, when followed by the imagination, hint at the quality this artist can produce. Yet it is on this release, ‘Coatcheck’, where there appears to be a sort of coming-of-age from the shadowy producer.

‘Coatcheck’ garners its name from Zeisig’s moonlight job as a Berlin nightclub cloakroom attendant. Fittingly, the music is reasonably passive when compared with that which typically pounds ceaselessly from Berlin’s booths.

However, as eluded to, this isn’t wallpaper ambient music designed to do little but add some refreshing (but overused) frequencies to the room, like some patchouli incense stick; Zeisig has tapped into the essence of what it means to produce music for the ‘other’ moments that lay adjacent to dance music.

From the needle’s first quiet utterances through to the end of the flipside, this is as clear as day: murmuring voices, half-heard through synthetic fog, conjure scenes of strobes in empty rooms. The full gamut of frequencies is heard, from quiet, piercing highs through to dense low-end — all wrapped up in a sweeping, mysterious fog, a kind of trademark of the album.

The record appears also deeply personal to Zeisig, beyond it being a clear labour of love — a kind of therapy record, built for personal use during long nights watching the party thrive without hope of participation. You can hear a faint loneliness in ‘Been Listening A Lot’, in ‘Only Textures’.

Pressure seems to rise and fall throughout the piece, with glitched soundscapes rearing out of otherwise peaceful drone, suggestive of frustration or pressure — check the incredible ‘Ambient Middle Part’ for the exemplification of this.

‘Coatcheck’ achieves what many seek but fail to attain — an inimitable sound, rife with the individual’s charisma, that brings the listener back, gasping for more, just seconds after the runout groove begins ticking. It’s hard to imagine a more perfect debut. Our only hope is that we don’t wait too long for more from Florian.

‘Coatcheck’ LP is out now via Enmossed. Order a copy from Bandcamp.