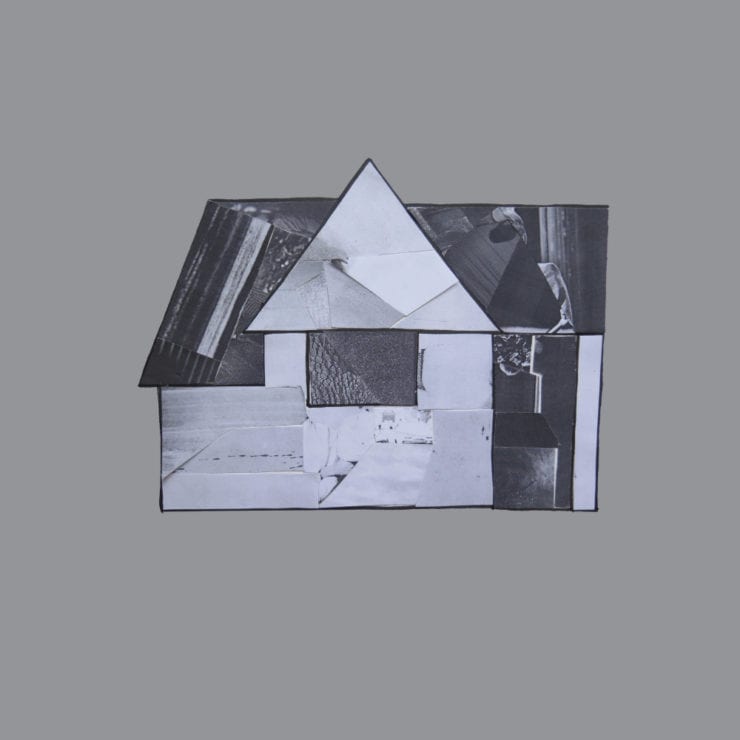 Music and art often work together in reciprocal harmony – for centuries the two disciplines have danced and weaved together through history, with numerous incidents of sounds inspiring works of art (Wassily Kandinsky’s Composition 8 is an example of this) and vice versa (Don McLean’s song inspired by Van Gogh’s Starry Night). One such beneficiary of the latter symbiosis is UK producer Romare.

Translating this into his music, Fairhurst’s output to date has been a concoction of old blues, jazz, gospel, funk and soul, merged together by a cut-and-paste method akin to Bearden’s. His first two records were manifestos of fusion, containing musical styles and samples from Africa plucked and placed with organised chaos to form a stand-alone sound that ultimately triumphs.

Romare’s latest offering, ‘Home‘, is his third release on Ninja Tune. It’s his most dance-floor-ready material to date and reflects an artist who, despite the circumstances, has reasons to celebrate. Fairhurst had a migratory early life, often moving around the world according to his parents’ work. This lifestyle continued in his career – playing over 150 shows in the last 2 years has meant global exposure.

The price you must pay for this rapid rise to success is to forgo a consistent and certain place to call ‘home’. Romare’s new record is his proclamation of finally achieving this sought-after state of stability, with its production taking place in his new permanent countryside residence, complete with a home studio and a family to boot.

Romare doesn’t beat around the bush here: album opener ‘Gone’ is a weighty engrosser drifting through sonic chapters ranging from brewing steel-drum loops to pensive vocal samples to straight-up UK rave. ‘Gone’ is a statement track, an anthemic and uplifting saga that tells hours worth of stories in just eight minutes. The listener feels confident when this one plays, and that is because the producer is too.

The self-assuredness continues in both ‘Dreams’ and ‘Sunshine’. Brash and glistening synths lead the line in both tracks, transported smoothly by warm and present bass lines that evolve from smooth jazz to filthy dance music. What makes us feel confident here is the juxtaposition of Romare’s production—the joyous, shining and hopeful high-end instrumentation is often coupled with sinister, clubby and controlling bass.

What this combination evokes is feelings of happiness and sadness simultaneously, and it renders the listener bittersweetly pensive: how can it be that we feel these polarised emotions at the same time?

The bewildering feeling does give way to moments of relaxation on the record – ‘The River’ is a personable house groover riddled with organic drums, Chicago-style key chords and soulful vocal samples. Now, not only are we just at home with Romare, but we are enjoying being there. The spirituality of this track lays bare his intentions to open-up on this release:  “Identity and a sense of belonging is something I’ve been searching for more since becoming a father,” he explains, “growing up I was always around lots of people from different backgrounds, my own identity sometimes felt lost”.

Seventh track ‘You See’ is in this same vain—a pensive and reassuring attempt at the more smooth and progressive approach to house music. Testament to his eye for album sequencing, the music graduates subtly into ten-minute dancer ‘Heaven’, which oozes groovy tech and exultation. Romare is almost touching on pop music here, and he doesn’t care.

The closing title track is where the record resolves: like the final stop on a busy tube journey or the closing of the front-door after a hectic week at work, we have, ultimately, reached our destination. It’s a slow, reassuring, acoustically dominant cut which is built by Fairhurst’s own instrument playing.

In the making of Home, Romare experimented with both old and new instruments. He involved a vintage organ found in a local charity shop, his father’s old 12-string guitar, a re-assembled childhood drum kit and a 90s tape player to sample from. This final song involves all of these components, all bustling along at a downtempo cadence. We are privy to the clicks and squeaks of Romare’s fingers pushing the organ buttons, and this sets the agenda for the album as a whole: we are closer to him than ever before.

‘Home’ is scheduled for release 31 July via Ninja Tune. Order a copy from Bandcamp.