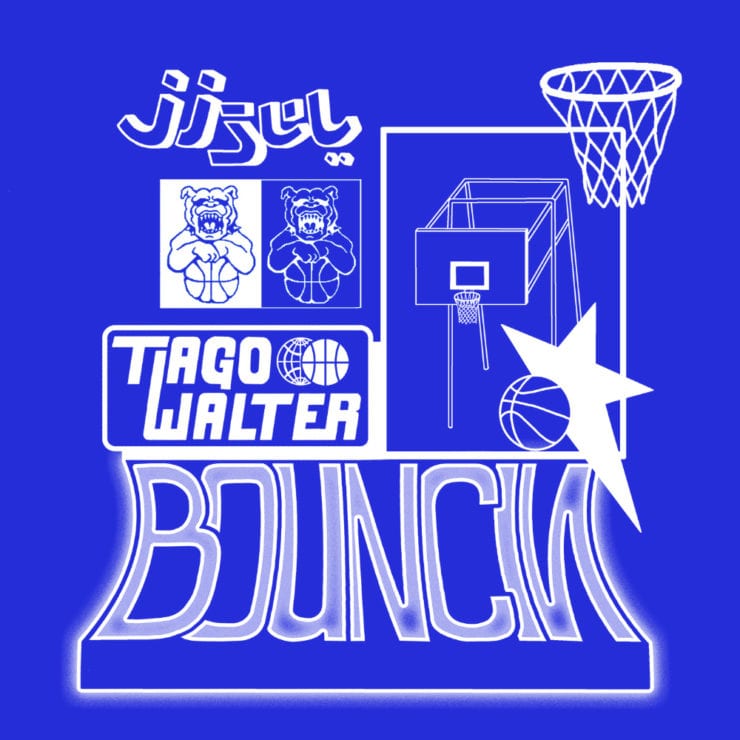 Ba Dum Tish seemed to pop out of nowhere this summer. If you were lucky enough to get your hands on one of their in-house releases, it would become clear that the “.world” is more than a URL address: it is a fitting subdomain for the way that the distributor has already created its own universe with a recurring cast of characters and sounds centred on Harry Wills, Alec Falconer, and Desert Sound Colony.

For the first LP from the distro and the inaugural JISUL release, Frankfurt am Maim stalwart and Pager Records affiliate, Tiago Walter steps up. JISUL is run by Walter’s compatriot, Nils Diezel and ascending 2-step champion, Alec Falconer. Falconer and Walter seemed to have formed quite the bond as Walter christened Falconer’s 2X series with a 12” filled with swung drums, bounce, and melodies scented with housy soul. The pairing continues that format as Walter delivers more of that on this release with an added emphasis on earworm basslines.

Parts of this record are a bit overcast. ‘Another Spliff’, skins up with a touch of early morning melancholy as the clouded melody duets with the punch of the drums. When you add in the auto-tuned vocal, the track ends up reproducing the subtly schizophrenic feel that everyone who hasn’t wanted to leave, but knows it’s time to go home can empathize with.

‘No Purpose’ is even gentler. A bassline I’ll be humming for days twists across a skittering snare while spacey, dub chords gently waft across some AM radio vocal samples. ‘Drown’ is similar with leaden minor keys draped around a rapped vocal repeating: “Where are you now, now? Don’t let me drown, drown.”

But the mood here is far from homogenous. ‘Artificial Emotion’ is a bit of a banger. The track starts with the type of clipped, tech house funk we’ve grown to expect from Offenbach’s new guard, but the ascending chord progression and strings (that’s right – strings!) you get in the break, chip away at the heads-down mold, reaching towards the anthemic.

There are moments when I even felt like Walter was leaving behind his house templates. ‘Dat Girl’ for example, starts with some of the sci-fi paranoia that Nicolas Lutz and crew have made popular. But when the Rhodes keys come in a few bars later, it’s clear that this track is more Chicago than Montevideo. ‘Take Me I’m Yours’ is an impressive breakbeat number with a wobbly synth, but the hi-hats and bass squelches keep it soldered to Walter’s encyclopaedic knowledge of all shades of house.

Calling this an LP is a bit of a stretch. It’s closer to a double pack in the vein of some of the best that have come out of the new minimal scene by artists like Spacetravel and Etienne. There are no ambient interludes accompanied by lengthy liner notes detailing Walter’s Künstlerroman. From the first kick we hear on ‘You Better Don’t Stop’ it’s clear that these are house tracks made for house DJs (even the 80s sleaze ballad ‘Don’t Go Away’ could work in the right hands), and sometimes that is all you need.