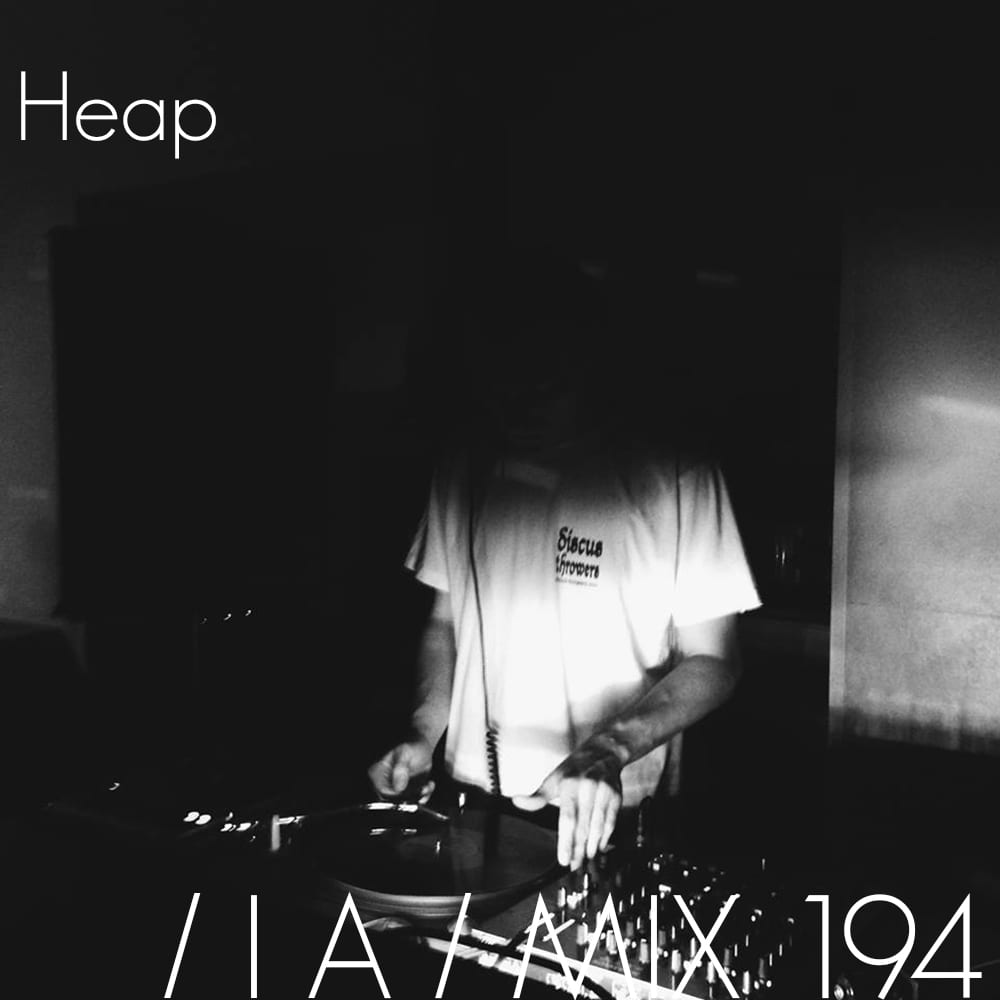 We caught up with Heap to discuss the Vienna scene’s hotspots, his work as a selector and shop owner as well as his promising new record label Neubau.

Hey Florian, thanks for this stunning mix! It’s a damn groovy blend of retro-laced house melters, acid-tinged techno cuts and italo-inflected synth rides. Is it a reflection of the stuff you use to play in club?

Thanks for the kind words! It’s a pretty versatile mix I would say, with new and soon-to-be released tracks I’m really feeling at the moment and some older cuts I haven’t played for a long time.

When it comes to club appearances there is no particular style to my sets as I’m always playing differently depending on the location, the crowd and the slot. I like to combine genres, which seem to be impossible to be put together in one set, it’s always a challenge.

With this mix you’re showing your skills as both a quality DJ and selector. What pushed you into crate-digging and spinning wax?

I started collecting records about two years and a half ago and moved to Vienna later to do my studies. I’ve always been interested in the Viennese scene and met a lot of like-minded people right after I came here. Those people inspired me to start playing records and digging deeper and deeper. 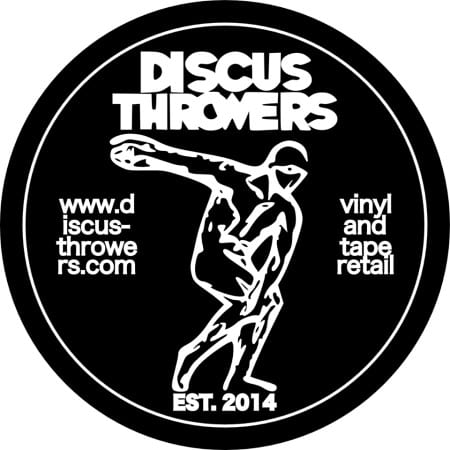 You’re running the excellent Vienna-based online recordstore Discus Throwers, which clearly makes for one of my favorite shops out there. How was the concept born?

I was doing a summer job in a factory and had a lot of time to think about life when the idea to start a small online record store came into my mind. It sounded a bit silly at first, even to me, but I was always the guy who just did what he was feeling confident about. Especially because I believe one defines himself by doing things rather than talking about things.

Fun fact: the name Discus Throwers derived from a machine in the factory which was manufactured by a company called “Diskus Werke”.

Your shop selection gathers 42 vinyl releases off the current music stream: more or less hard-to-find slices from underground record labels and audio rarities, featuring lots of weird experimental stuff for the connoisseurs. How do you usually select the stuff you’re selling in there?

It’s mostly the stuff I would buy from stores so it’s pretty much reflecting my taste in music. 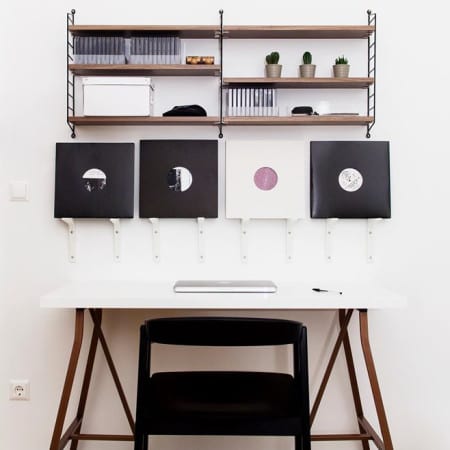 How’s the Vienna house and techno scene going? What are the hotspots right now? How about the Ascending Waves crew?

The scene is growing slowly but steadily, it just takes time to educate the Viennese audience. There are two big clubs, Grelle Forelle and Pratersauna, the former hosting the excellent and forward-thinking Ascending Waves nights. Nice medium-sized venues are celeste (where the Basic Rhythm nights take place), Titanic and Werk.

When it comes to events a really good job is done by the guys from Erdbahnkreuzer and Pomeranze. Generally speaking I think we do have a lot of good promoters in Vienna but a lack of decent locations for parties on a smaller scale.

Vienna is quite an old-fashioned city in terms of architecture and history. How does the contemporary electronic music sphere fit into this particular environment?

It offers great potential for a positive contrast thinking of the pompous buildings on the one hand and a rather raw approach to electronic music. I always dreamt to do parties in locations reflecting the architectural style of Vienna. 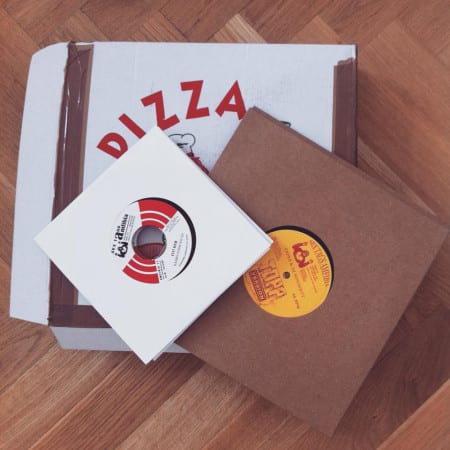 I heard you pick records directly from shops and labels in person when possible, which becomes quite… uncommon in this all-virtual era. I guess that low-key, smallish-scale type of trade and communication is the key in how DT was conceived?

For me it was always important to deal directly with the people behind the labels, though it’s not possible for every single label I’m stocking music from. I love to meet new and like-minded people from all over the world, it makes me happy to work with all of them because they share the same love for music. The same applies to my customers in Vienna who come by and collect their orders at my place, it’s really cool to get to know all that people.

A couple of weeks ago, you announced the launch of your own imprint Neubau – co-founded with Ascending Waves affiliate and friend Simon Heidemann. Can you tell us more about the label’s ethos?

The Neubau imprint is all about releasing music Simon and I really like from artists we only just discovered. The sound the label pushes is an intersection of our musical interests.

You told me you don’t plan on “flooding the market” but want to publish mostly “emerging or unknown producers’ material”. How do you envisage your release schedule and press numbers in the future?

As for the schedule it will be pretty erratic, if we find or get sent quality material of which we feel it’s the right time to release it we will bring it out. At this stage of the label I can’t really tell much about how we will handle the press numbers in the future.

The first release comes courtesy of Berlin-based duo Aufgang B (aka Alexander Arpeggio and Cid Hohner). What’s been the genesis of the project like?

Alex and Cid have been making music for some time and somehow the Demos found their way to the right people. They released a split EP with Benedikt Frey on Serious Trouble already and the Neubau one is coming soon, also they played their first live show at the beginning of October so their project became serious in a rather short time.

If there were a track you’d have dreamt releasing via Neubau, what would it be?

I think this particular track has to be made first.

What are the last records you fell in love with? Any new record labels you cherish particularly?

The two latest releases on Music From Memory, Joel Graham and Michal Turtle, are my favs at the moment. With their upcoming Napoleon Cherry release it is probably the most interesting label at the moment with constant quality output.

What’s lined up for you next? Any further plans you’d like to tell us about?

There is still loads of work to do for the upcoming first Neubau release as well as for maintaining Discus Throwers. Additionally I will have to finish some mixes to process the requests.

Discover more about Heap and Neubau on Inverted Audio.