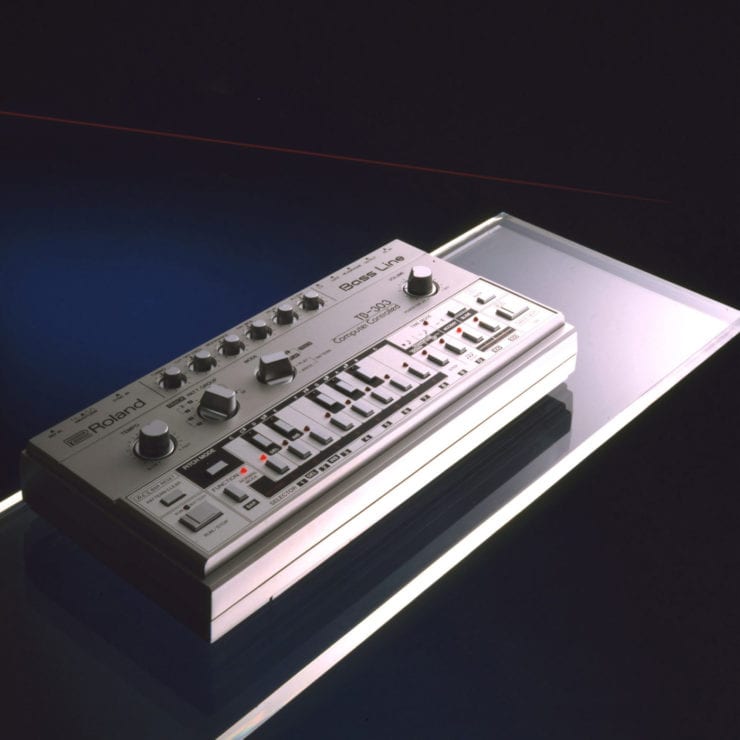 Some numbers bear particular significance, and some other even act as portals to wholly distinct meridians and parallels. So when it came to picking an angle for our 303th podcast, it goes without saying that we couldn’t head any way but the acid one, subsequently having to find reliable groove slingers to hand the reins to.

Fitting the bill to a T, Aussie all-star Jensen Interceptor and UK electro maestro Sync 24 teamed up to provide us with a special all-acid mix drinking to the timeless source of inspiration that is Roland’s 1982-born bass synth, aka the legendary TB-303, and like-minded emulations of its trademark squelchy sound.

True to the high-velocity madness of their recent ‘Code Three‘ EP for Propaganda Moscow, the pair take us for a bumpy trip across swampy bass terrains and cross-dimensional fast tracks pedal to the metal. Buckle up and get ready for an insane ride, this one’s going to pin you to the seat from start to finish. 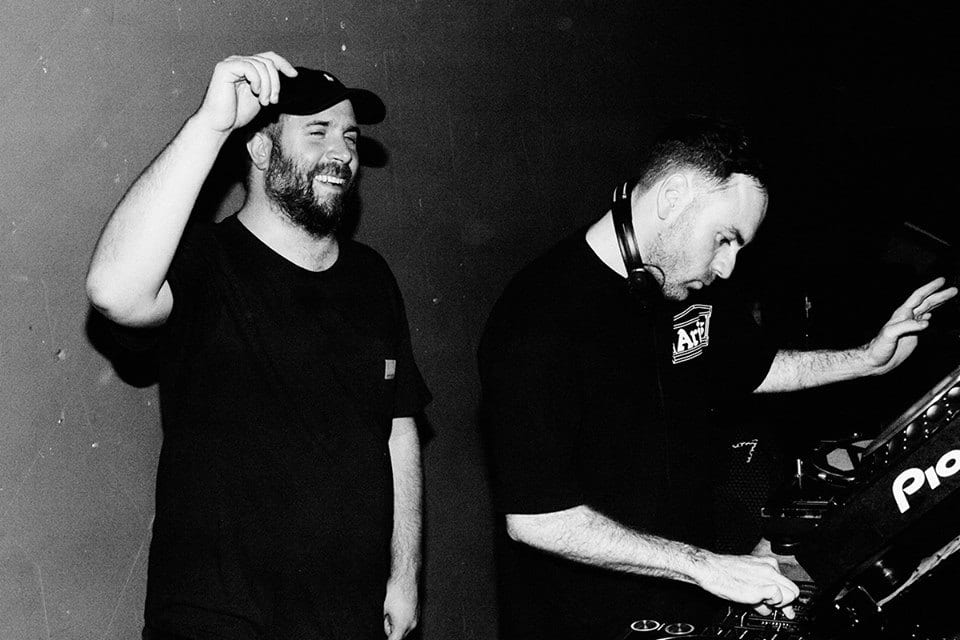 Hey chaps, thanks for taking the time to answer a few questions. It’s our number 303 podcast and we asked you to do something a little special for the occasion: an all-acid mix to celebrate the everlasting and always fruitful influence of the Roland TB-303. What was your approach for this mix and how did you proceed selection/recording-wise?

Mikey: If we were to truly give justice to the influence and legacy of the 303 through a mix we could have easily had well over 303 tracks, so to make life easy we put together a selection of acid-fused cuts that have featured heavily in our DJ sets.

Phil: Yeah, Mikey invited me to take part in this set with him. So I selected some acid tracks that I liked and we recorded it in my studio on a Sunday afternoon last year. Was fun to play off one each other’s selections off the cuff with no real planning.

Quick semantic recap: Acid has become quite an overused term for everything squelchy-sounding and made using 303 or 303-emulating pieces of equipment but, beyond its generally accepted definition, what does ‘Acid’ actually mean to you, personally speaking?

Phil: For me the Acid sound started in the ’80s with the invention of Roland TB-303 baseline synth and was first really brought to light through Chicago and Acid house music.

These genres are the classic styles of acid, the roots of the sound. But now anything that utilises the Roland TB-303’s classic squelch style can be termed acid-influenced music.

To me acid is a genre and a sound. Lots of styles utilise the acid sound but aren’t necessarily the acid genre which still holds its roots in the origins.

Mikey: Totally agree with Phil and couldn’t have said it any better.

Do you recall the first acid record you heard that made you think, “that’s it, that’s the kind of sound I want to do/play”?

Phil: I’ve heard tons of records over the years that are great acid records. If I’m honest it’s never been a sound that I have predominantly pushed but a sound I have a great fondness of and have used in lots of my productions.

Some early standout records for me in electro are Underground Resistance ‘Final Frontier‘, The Martian ‘808° (Surface Temperature Mix)‘ and Lory D ‘Bluff City‘.

Mikey: Personally for me – and this may come as a bit of a shock – I actually try to avoid making acid tracks or never really set out to make them. I think it’s because I have never owned a 303 or emulator machine.

So the tracks I have done with acid have been freak occurrences when I have had access to a 303 but even then I am still hesitant to make an acid track as it is such an iconic sound and has been done so many times in so many amazing ways, it can be hard for me to hear the sound in a fresh new light. 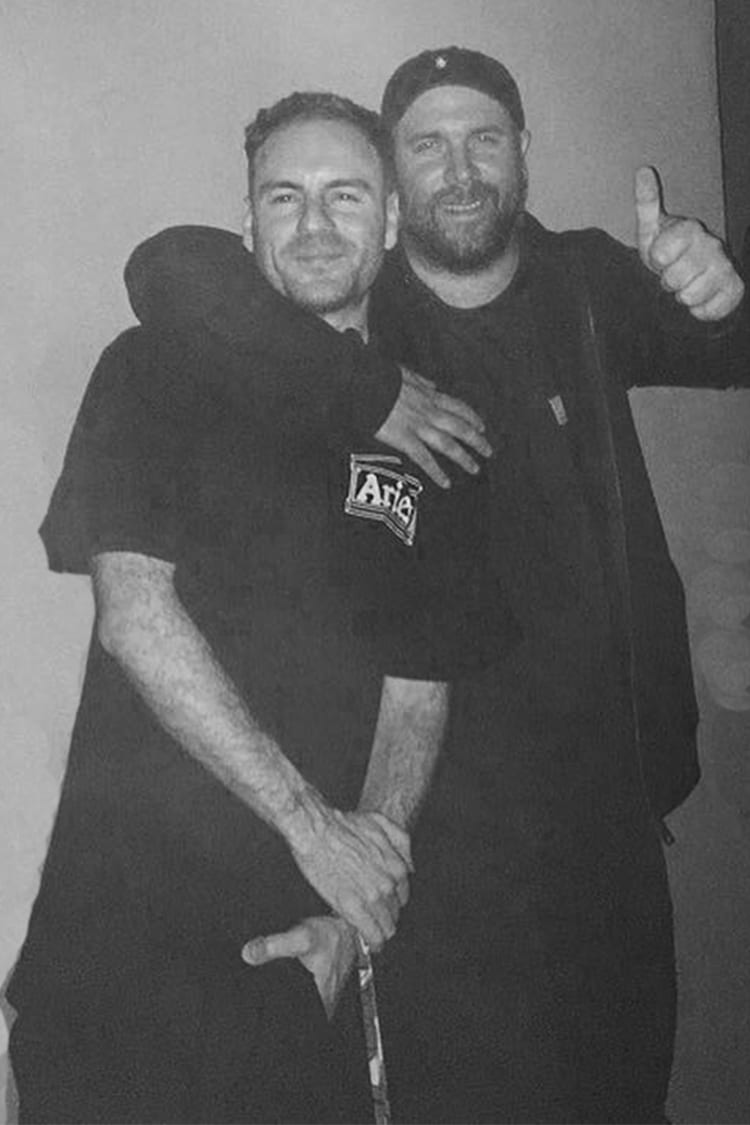 Your debut split 12″, ‘Code Three’, has just been released by Russian label Propaganda Moscow, like a month ago. Please tell us more about the record and how it came together.

Phil: Mikey and I played together at the club Propaganda in Moscow last September. We had both already been asked independently to be part of the split release series so it just fell into place.

Mikey: Yeah the guys at Prop were talking about booking us both for a party so once things were locked in they also mentioned about doing a release. To be honest I wasn’t actually going to do it at first because of the way my year was unfolding; I had a record out every month not to mention my debut album was also dropping.

However after meeting the guys who are the absolute best and playing a 5-hour B2B together for the first time at the party, it just had to happen. Also Phil showed me his tracks and they were so good I had to be on the flip.

How did you two first get in touch?

Phil: I hit up Mikey on Facebook after hearing his first release ‘M‘ on CPU, saying I liked the tracks and would love to hear more for Cultivated Electronics. At which he explained he had actually sent me the CPU release to hear first (laughs). Classic me, doh!! After that we got chatting and have been mates ever since.

Mikey: Yes, don’t tell Chris from CPU (laughs), but I actually sent some of those first ones to Phil for CE. That being said I’m really glad they did go with CPU and that’s how Phil found me, ever since then our relationship has just continued to grow beyond music and he is now one of my good mates.

‘Code Three’ is comprised of a pair of solo tracks, but no collaboration. Did it prompt you to start jamming and producing together perhaps?

Phil: We have actually already worked on some collab stuff for CE and have a joint remix upcoming on the label. We are also working on an EP for International Chrome.

Mikey: Yeah, we did our first collab before the ‘Code Three‘ record. Phil was approaching his 10 year milestone and 20th release for CE, and wanted to do something special for it. He asked if I wanted to contribute via way of collaborating on a track, which we did, called ‘Wave ID‘. We do also have some other records in the works which have been penciled in for International Chrome plus the new joint remix for Assembler Code forthcoming on CE.

Phil, you’ve been around for the past couple decades dishing out some key records and high-flying electro sets out and about, staying true to the original Detroit sound whilst adding your unique spin to it. How was this long-lasting love for the electro/acid sound born?

Phil: I first heard electro when I was 16 and fell in love. It has been a deep passion ever since and something I will always love. It’s hard to say exactly why but it’s a sound I just click with and have always felt the need to produce, promote and push.

Mikey, you’ve started producing like a decade after Phil and kept a similar trajectory, participating in the irresistible revival of electro amongst younger generations. How do you envision this return in favour? Keen to hear what Phil thinks about it too.

Mikey: I think this return / new rise is amazing. Amazing because I’ve seen a lot of the founding fathers / earlier pioneers of the sound like The Hacker, Carl Finlow, DJ Stingray, Radioactive Man, Detroit In Effect and Phil himself among so many others all have fresh new life breathed into their careers, and they are now playing a lot more as a result.

Also shops and labels are now selling a lot more electro compared to a few years ago which is giving the young generation (myself included) more opportunities to release music. 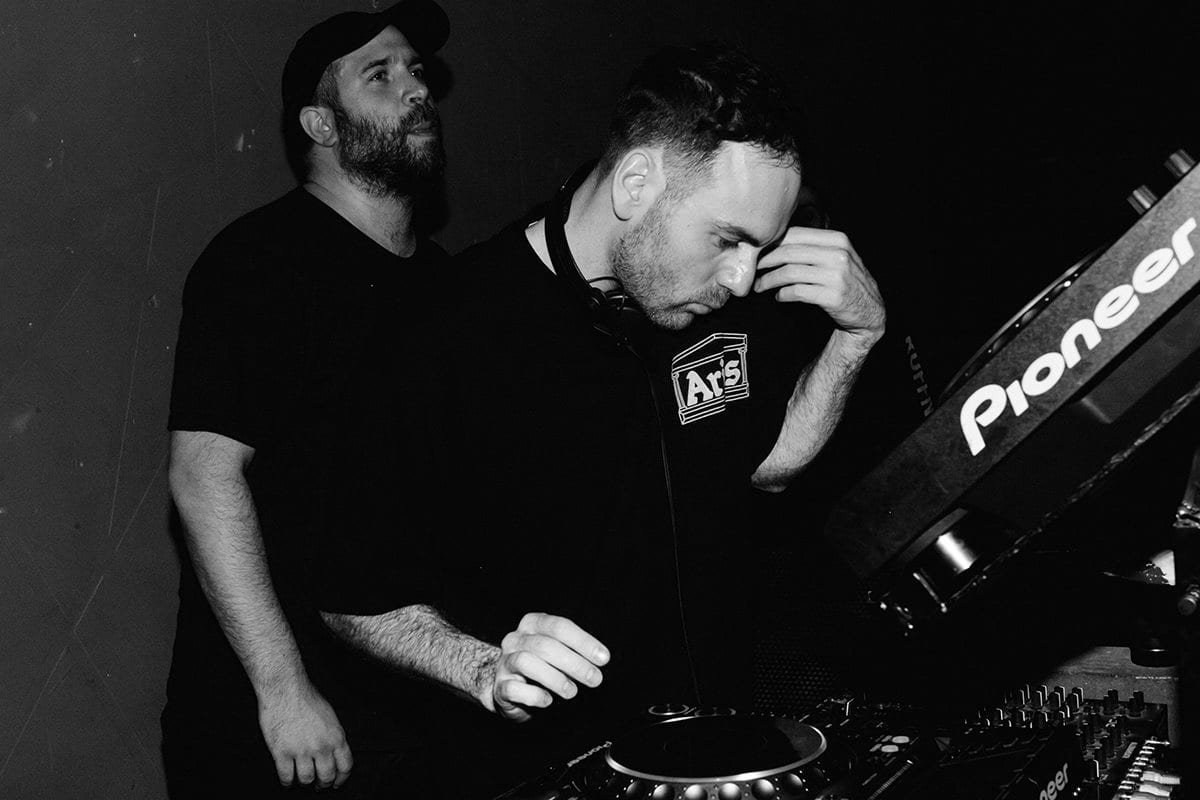 Let’s get into a more technical subject: what place does the 303 occupy in your studio set-up and, if you have/had one, how has it effected the way you produce/conceive electronic music?

Phil: I once owned a 303 and sold it many years ago… Mike, hope you’re still looking after it!! (Laughs). So now I use an Acidlab Bassline pro for this sonic texture in the studio.

You can also create great acid sounds with lots of synths so I am not limited to just this unit. Sometimes I may feel like writing an acid lead song, and other times I just want a squiggle or bleep in the tune I am writing. I don’t really have any hard or fast rules.

Mikey: Mate, I wish there was an original 303 that occupied my studio! Like I said before I’ve been fortunate enough to use some friends 303’s over the years and when I did they were so effective in creating an instant vibe and I’m always thinking to myself, “man, If I did have one of these things, I could see myself using it on everything“.

What is/are your most favourite acid record(s) of all time and why?

Phil: Too many to list but a big standout is Hardfloor – “The Trill Acid Theme (E.R.P. Remix)“.

Just deep acid electro grooves from the master Gerard Hansen under his E.R.P alias. Also an interesting fact he once told was the main acid lead was made on a computer, not a 303, which goes to show you don’t you need the hardware to make great acid!!!

Mikey: Yep, way too many to list but Junq “From Below” on Cultivated Electronics is probably one of the first tracks I think of if anyone mentions acid and electro in the same sentence. Also the tracks I mentioned for question 3 are definitely in the all time fav folder.

Who are your favourite electro/acid manipulators these days?

Best new acid record you got to hear recently?

What’s next on your slate? Any new releases/gigs/plans you can tell us about yet?

Phil: I’m just about to launch a new vinyl-only label called CE LTD with the first release from Ekman. Then the main CE label has 12″s lined up from SC-164 and Silicon Scally, both dropping before summer. Gig-wise some fun shows upcoming with standouts being The Crave Festival in the Hague and the excellent Houghton festival in the UK.

Mikey: Despite already having 5 EPs out this year, I am trying to slow things down release-wise for now, or at least till the end of summer. I am really excited to experience my first European summer / festival season, I’ll be joining Phil at Houghton festival as well as doing Dimensions, Sonar Off week, Astropolis Festival and a few others.

Discover more about Jenson Interceptor and Sync 24 on Inverted Audio.