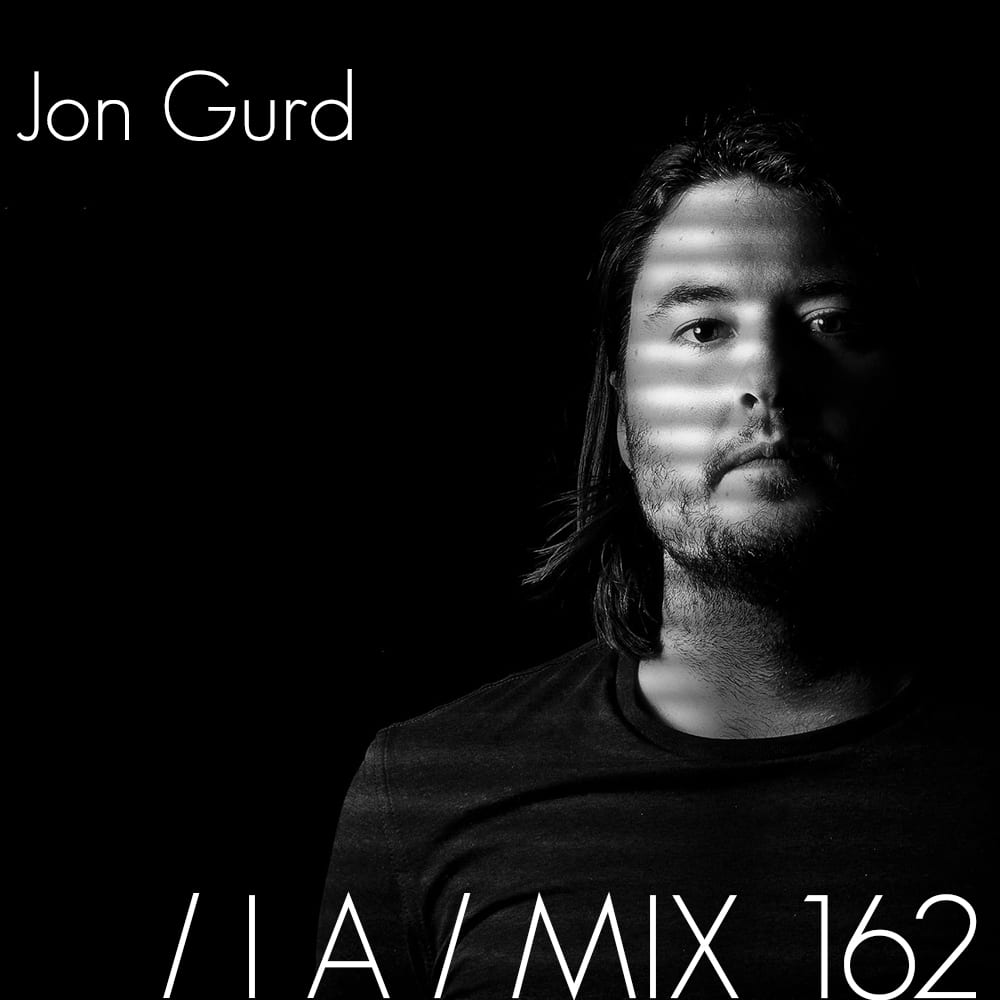 Hi Jon, thanks for recording your mix for Inverted Audio. Can you tell me more about it? The tracks you’ve selected, how and where it was recorded, plus if there’s a theme or atmosphere you’ve tried to achieve with it?

No problem, I enjoyed putting it together. It’s mostly vinyl records with some digital files too. Recorded in my home studio. I guess it’s a good indication of the full spectrum of techno that I’m likely to play in a set, depending on what time of the night it is. It starts off pretty slow and bangs quite hard towards the end. There’s a few records in there that are over 10 years old and I think it’s really interesting to hear how they fit into todays stuff so easily. The last track is also a new one from me that was produced a couple of weeks ago.

Where are you originally from?

Born and raised in Portsmouth, still live just on the outskirts.

Do you think ‘home’ helped develop your interest in music?

I guess influence has come from everywhere but it’s definitely played the biggest part. There are a lot of DJ’s and producers down here and we are mostly all pretty close friends. There’s a lot of development going on between us all in that sense. Weirdly enough the club scene down here is pretty bad, but there’s no shortage of DJ and production talent.

Does your name make any interesting anagrams?

What’s your musical background, what did you grow up listening to and when did you get the itch to start experimenting with it?

It’s really varied but the first time I heard anything dance music related was when my brother used to bring home those multi-cassette tape boxes from raves he was attending. Off the top of my head they were Fantazia and Sterns tapes. It was all mostly hardcore from that era (95-96 ish). Then a few years later I got some belt drive decks and started giving it a go. I reckon I went through pretty much every genre going! Production started after I met Dave Robertson (Reset Robot) in a local record shop around 2002, he’s now one of my closest friends and we produce together regularly with Tom Powell for a project called Mister Woo. He started engineering for me back then and I learned production from that. After a few sessions I was ready to start making stuff on my own.

How has the music you produce developed since you released your Lemon Sherbet EP in 2005?

Wow I can just about remember that being made, things have changed so much since then. I’m still using Propellerhead Reason though, don’t think I’ll ever stop using it, must be 10 years now! The stuff I produce now is usually just a feeling that I go with at that time, back then it almost felt a bit more formulaic.

You’ve recently signed to the Derelicht booking agency. Can you tell us how this came about and what you hope to achieve with Derelict?

Their main guy Gav emailed me out of the blue saying would I be interested in joining, it came at the perfect time for me as I’ve felt my sound has changed a bit and I’ve been ready to start a new chapter. Their ethos is brilliant regarding the mix of visual and audio artists, it’s early days but I’m really excited to work with them in the future

Derelicht also work with a lot of visual artists, notable Joelle Snaith and Oliver Jennings. Do you have any live audio / visual projects in the pipeline?

And what a fantastically talented lot they are. At the moment I don’t, but that will be happening very soon no doubt.

Prior to your signing you’ve produced alongside Alan Fitzpatrick. Can you tell us how this relationship stemmed and what you learnt whilst working together?

Alan’s local to the area and I met him through Dave. We have a lot of things in common when it comes to techno so it seemed very natural to write some tracks together. I’ve learnt that he’s a very easy and fun person to write music with and he lives near one of the best Marks & Spencer’s food halls I’ve ever seen.

Do you have any further plans to work together? An album perhaps?

Right now we don’t but I’m sure we will be in the future as it’s worked so well so far.

We recently noticed a post from you on the damage that MP3 is doing to the industry! What’s your point of view on this subject?

I’m going to curb my grumpy posts on my Facebook page as they get me loads of (justified) abuse and I think I need a break from it. MP3’s though? I don’t understand how people even consider playing them on a profession PA. The sound quality of the highest quality mp3 (320kbps) is terrible. We’ve got really fast Internet these days and they should just be banished from nightclubs, end of.

Where do you like to go to unwind and get away from it all?

I’ve got a camper van and I like to drive it to a heavily wooded area. It’s well handy for that.

You’re a music engineer, is this your full time job, or was this a University degree?

Yes it’s my main job, all self-taught. University scares me.

Where you tend to spend the most of your time working on your music?

Definitely in my studio, I’m one of those that struggle when in someone else’s studio. Because I’ve spent years working out how my speaker’s sound specific to how my room sounds. I really need that to write music for some reason. For those times when you’re trying to find that sweet spot in the EQ of a bass line or whatever.

Can you walk us through your current production set-up?

It’s pretty simple stuff. I use Propellerhead Reason, along with their audio interface ‘Balance’. My monitors are Adam P11A, I can’t speak highly enough of those, they are my best mates. A simple midi keyboard and a Novation Launch Control, it’s got all the knobs I need to record a track live which is what I pretty much always do. In reason I use the Korg Monopoly rack extension a lot, along with Thor and Maelstrom. Those are the predominant synths I use. I also really like to use the Rex player to find all sorts of mad frequencies using the filters on there.

If you could change one thing about the world, regardless of guilt or politics, what would you do?

Make junk food and booze good for you, oh and world peace.

What is the last thing you downloaded onto your computer?

Unfortunately it was the Mac OS X operating system, something went wrong on one of the samplers in Reason and I couldn’t work it our after a week so I just reinstalled everything! It worked but it was harsh!

That would be a bootleg of a Burial track with Cisco’s Thong song. Just no!

My head is firmly into production right now, with the aim of 3 or 4 EP’s to come this year. I haven’t released anything since July 2014 after taking a much-needed break from constant production. So I am fully in studio mode right now.

Discover more about Jon Gurd and Derelicht on Inverted Audio.