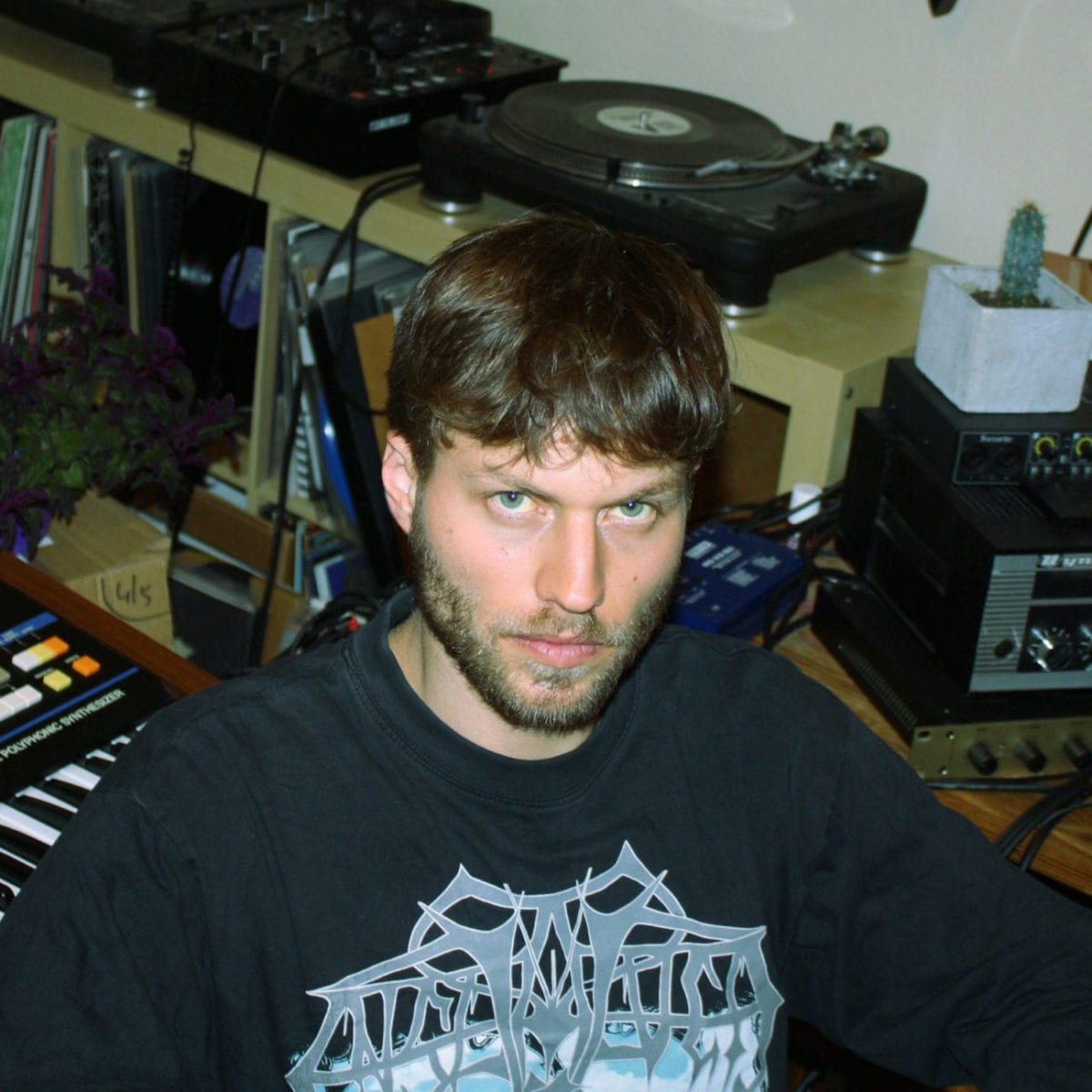 Known for his work as Carl Gari alongside Jonas Friedlich, Munich-based producer Jonas Yamer is yet to release his solo debut but his few contributions to the compilations released by Molten Moods, the label he operates since 2014, already heralded a musician in full possession of his art. Blending jungle, dub and techno with hints of ambient and drone, the German artist likes to mangle and alter, deconstructing to better rebuild and take off on new bases.

Encompassing Yamer’s “club night suspense in a nutshell“, his mix delivery for IA is a proper riveting multisensory head trip rife with flaring breakbeat rhythms, hazy late night atmospheres and tribal techno motifs; woven with an exquisite sense for equally fine and spectacular buildups. We sat down with Jonas to discuss the origins of his love for electronic music, eclecticism and the ins and outs of his imprint, Molten Moods. Stretch a bit, set your speakers to full blast and fire away. 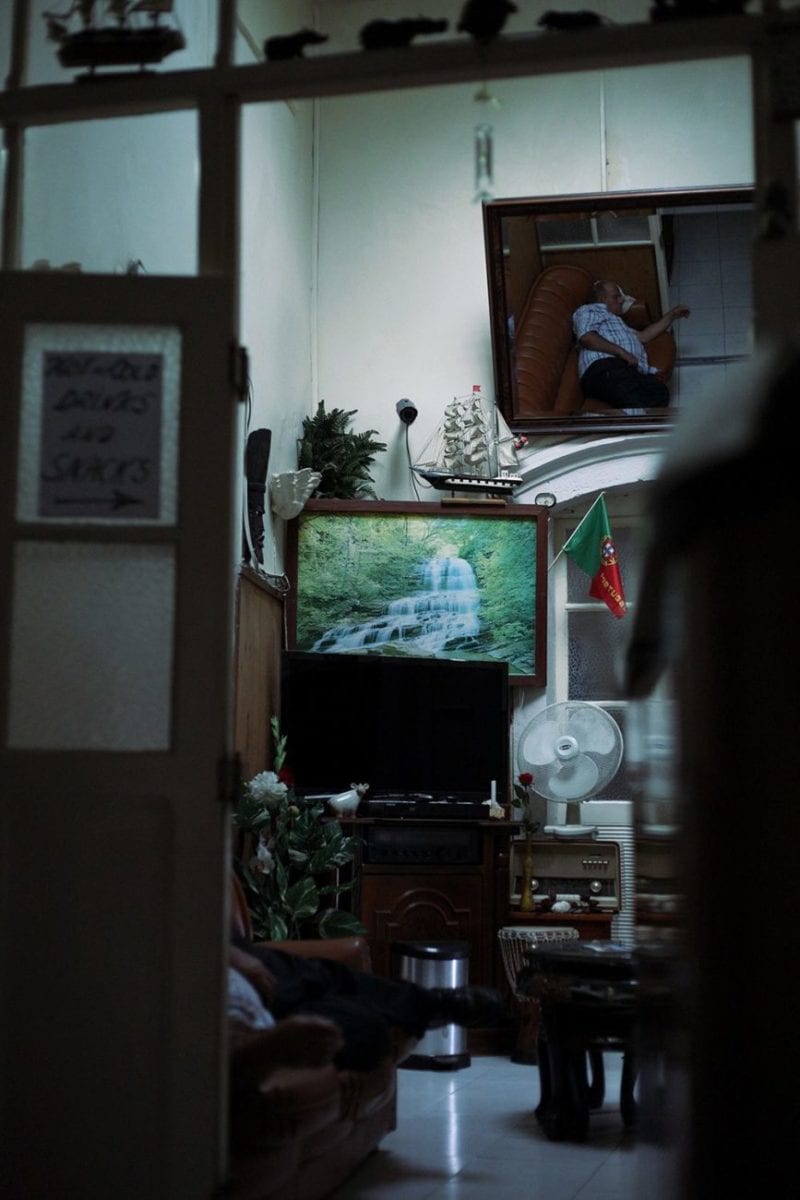 Hey man, thanks for providing us with this killer mix: a healthy dose of breaks, acid and pounding techno (even a bit of trance!) to make it a proper floor-oriented feast. Please tell us more about it – when and how was it recorded? What feeling did you want to convey through this mix?

Thank you for having me! One of the ideas was to have my kind of club night suspense in a nutshell. Breakbeats, safe ground four to the floor, a dramatic climax, deeper realms, ambient, winking cheesy trance, twists and big emotions. I wanted to compile a modern and diverse techno mix that blends into other genres at ease.

Some tracks come from my musical endeavours. There is an unreleased track of myself, another unreleased one from a collaboration I did with singer Rosa Anschütz and Till Funke as well as two tracks from my label Molten Moods. The mix was recorded with vinyl, CDJs and some (post) production in Ableton.

Your music spans a wide-ranging sound spectrum; from jungle to techno, through ambient, IDM and drone; both muscular and sensitive in equal measure. Is this eclecticism in your production a reflection of your taste as a listener too?

Totally. Beyond Techno and various implementations of club music I listen to a lot of Ambient, Noise, Jazz, Drone, IDM, DnB, Hip Hop … I like Mykki Blanco. And just recently I went to see Dälek again, they are one of my favourite live acts. I’m also interested in old Sufi and other middle-eastern music that my dear friend and long term collaborateur Abdullah Miniawy regularly enrichens me with.

What were the first records to draw you into the realm of electronic music? Any game-changing platter that holds a special place in your heart?

What drew me into the swamp: “How To Destroy Angels (Remixes and Re-Recordings)” by Coil, “Garbage” by Autechre, “Untrue” by Burial, “Permutation” by Amon Tobin, “drukQs” by Aphex Twin, “Pause” by Four Tet. Enormous game-changer: “Splazsh” by Actress.

I did some Ambient and Drone stuff in my teenage years with Electric guitars, effect pedals and a four track recorder. After I finished school in Germany, I went to Canada for an internship at the Coastal Jazz & Blues Society in Vancouver. I got to experience acts like The Necks, Amon Tobin or Dhafer Yousef live, performances that were crucial for my musical tendencies later.

Whilst in Vancouver I also worked as a landscaper for some months. My boss Mike was really into electronic music and showed me cool tunes when driving in our truck to the next lawn to be mowed. Shout out to Mike at this point. I was so wired that I got into Logic and Reason as soon as I returned to Germany.

What was the first piece of equipment you ever bought?

Korg Monotron Delay (still one of my favs).

Some producers are known to be vintage synth fetishists, some others don’t care about the gear as long as they manage to make the desired sound a reality. How do you situate yourself? Are you an analogue head at all?

Just use anything! No, seriously, I think dogmatics is wrong here. You can only find your workflow by trying stuff out. Mine includes bass guitar, software, effect pedals, analogue filters and tubes, looper, field recorder, drum machines, iPhone apps and some vintage gear.

How do you generally compose a track? Do you hit the studio with a clear idea of what you want to achieve and how to achieve it, or do you prefer to let your creative instinct take over through jamming sessions?

I have different approaches that I follow when trying to create something specific. But I only found them through expansive jamming. Still I insist on doing a lot of random experiments that sometimes lead to something, many times to something that is not so obvious in being something.

What’s that one record that never leaves your bag, no matter the vibe of the party?

Destiny’s Child ‘Survivor‘ 12″ with 5 different dance mixes of the same track. I found it next to a garbage bin in my neighbourhood. Haven’t played it once.

After a few quiet years, the release schedule of your label Molten Moods is finally revving up. Can you tell us more about your aims and aspirations for it?

I always wanted Molten Moods to grow organically from my circle of friends. It was never my aim to ask already well known artists for tracks and run one of these many replaceable labels. I am looking to create a strong and individual identity mainly with fresh talent.

Within the last two to three years some of my friends like David (Goldberg) and Kareem (el Morr) made huge steps as producers. Now there is definitely an aggregation of quality music that intertwines due to mutual affection and increased interconnectivity within our orbit.

In a way I was waiting for a certain moment and it came. Apart from that I never wanted Molten Moods to have a serial release structure anyways, which means two things: I don’t want to release music just for the sake of fulfilling a schedule, it rather has to be a conscious decision, a positive step forward for a well curated record that I’m totally convinced of, not a negative one resulting out of the embarrassment of not having better tracks at the moment. And while carrying certain aesthetic properties of the label’s identity, every release should still be an autonomous statement, a distinct piece of art.

I’m really bored by a lot of labels that indulge in the excess of every new release sounding like its predecessor. If that’s a golden thread, it stinks like soporific conformism. (Nothing against BZD though.) Last but not least, vinyl is a pain in the ass, a sweet one admittedly. I spent years saving money to make a bigger stream of releases possible.

What’s lined up next on the label?

The next 12“ vinyl releases come from Kareem el Morr, Leibniz and myself. The second track in my mix for Inverted Audio is the A1 of Kareem’s EP. Before all of that (already in July / August) I will release a tape by Munich live duo Preset. Aside from that I’m working on arranging and producing material that I recorded with Till Funke, David Goldberg and Abdullah Miniawy. 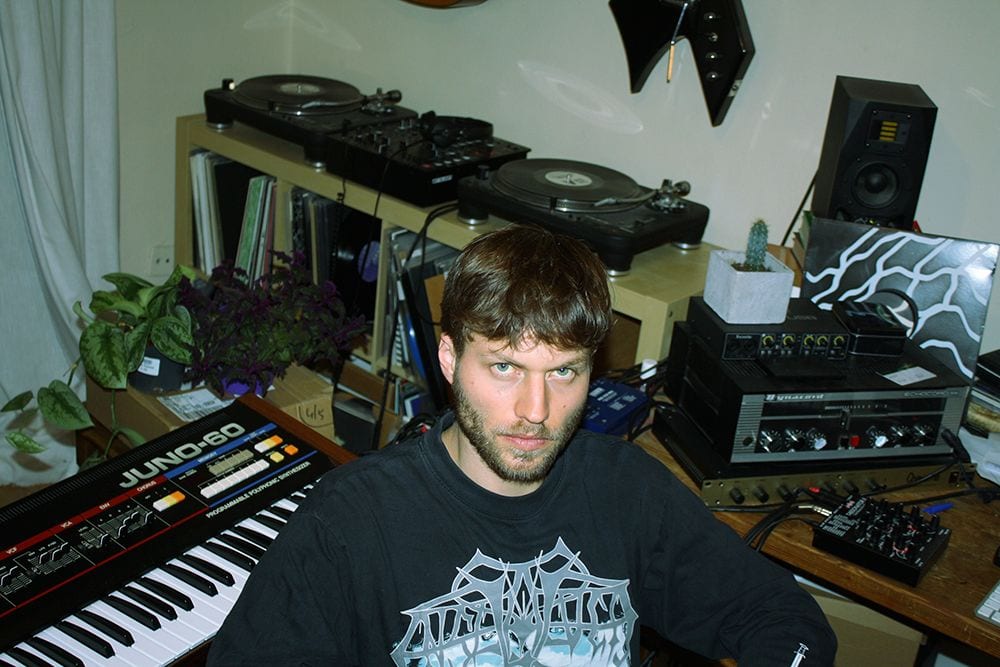 You’re operating out of Munich, which has proven to be one of Germany’s strongest bastions for quality underground electronic music with a flurry of artists and labels counting amongst today’s finest: Ilian Tape, The Zenker bros, Skee Mask, Public Possession, Jonas Friedlich… and so many more. How do you explain the city’s steady dynamic over the last few years? There seems to be quite a positive state of mind and functional interaction between the different structures, is that right?

That’s right, the scene here is pretty vibrant and unpretentious. We all definitely tend to support each other. I have the impression that Techno being a small scene in Munich is practised by many of its protagonists in a rather authentic way. People make tunes for the purpose of creating and not following a mainstream.

Where do you like to hang out in town? Any favourite club/bar/record store/park… (whatever) you’d recommend our readers to visit when they’re around?

Blitz Club, The Academy of Fine Arts, Favorit Bar, Rote Sonne, Public Possession, Optimal Records. Go swimming in the Isar – basically anywhere but Fraunhofer Straße and Flaucher is really nice in summer. I strongly recommend you to avoid MMA – this venue basically stands for everything that is wrong with the electronic music industry, exploiting the good will of young talent with no real intention to support cultural values whatsoever.

Experiencing pure presence and transcending myself through (loop based) improvisation. Aesthetic ecstasy. Critical discussion that lets you ascend a ladder you haven’t even sensed before.

What’s the one little thing that usually doesn’t fail at pissing you off?

How will you spend the summer? Any tour/gigs incoming?

I am really looking forward to the Mother’s Finest Weekender at Griessmuehle in Berlin where I will play on July 14 alongside the likes of Surgeon, Franklin De Costa, DJ Bone, Pearson Sound and rRoxymore. I will play a concert with my live project Carl Gari on this year’s Garbicz Festival in Poland.

Also I will perform together with Drums Off Chaos on September 7th in Munich. On July 27 there will be a Molten Moods showcase at Rote Sonne in Munich, where I also play this Saturday with Monsanto High. I am working on a concept for an installation with carnivorous plants in the context of my media arts studies at the Academy of Fine Arts Munich.

Apart from that I am also looking forward to some days of extensive recording sessions with David Goldberg, Till Funke and Rosa Anschütz in August. And I’m totally excited about the upcoming Carl Gari & Abdullah Miniawy mini album release on Bedouin Records later this year.