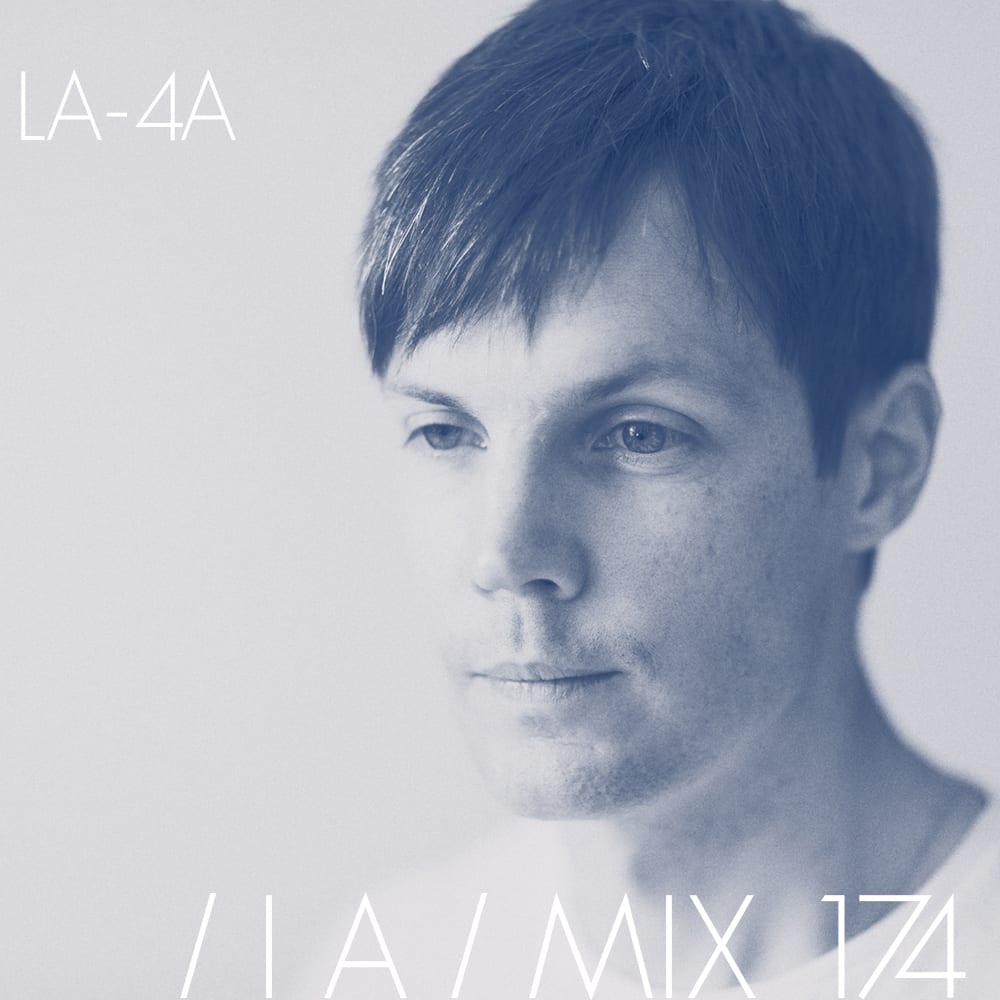 Having thrown off the shackles of M_nus, Kevin “Ambivalent” McHugh has been going from strength to strength. His Delft imprint has slowly been cutting a raft of classics, each ranking highly on the Discogs stock exchange. His LA-4A alias has allowed a certain degree of separation from the coldly calculated world of minimal techno and opened many a door that may have once been shut.

Having recently laid down his philosophy on what a DJ does on XLR8R and debuted at Berghain, we’ve been lucky enough to have a chat with Kevin and secure a mix in his LA-4A mindset featuring tracks from Drexciya, Vin Sol, KiNK, Vril, Model 500 and many more.

You’ve tackled this mix under your LA-4A alias, what sort of mindset does that entail that differentiates it from your Ambivalent alias?

I think of LA-4A, and the whole Delft label as having a “roots techno” focus. It’s really about getting back to things that felt really pure to me when I first started listening 20 years ago. That doesn’t mean that the choices are nostalgic or retrospective, just that it all gets judged against whether it fits in the spirit of the music that inspired me a long time ago.

How was playing at Berghain for you? Is it a different experience to other major clubs like, for example, fabric in London?

The experience was very different for me, specifically because it was my first DJ set under my LA-4A alias. I tried to find the connection point between what works for that room, a big monolithic icon of a space, and what that alias is focused on, the roots of my introduction to techno.

In the end it really had me digging, finding records I’d once loved and forgotten and setting them against new stuff that really embodies the same spirit today. After 4 hours I felt like I’d need to play another 8 to get it all in. The logical next step is to plan more sets with the same focus.

You’ve mentioned that when it comes to DJing, your vinyl archive is now a purely “at home” experience. What are your feelings on the current climate of “vinyl only” releases and coloured special editions?

This is a tricky subject, but the only way to tackle it is just be flat out honest. Vinyl only releases are a reaction against the ubiquity and insignificance of digital music formats. DJs of every stripe want something that is uncommon and worth their commitment. The tsunami of digital files leaves some of us feeling like we’re just getting empty calories, but no substance.

Labels who commit to prioritizing substance over convenience often choose vinyl as a means to express that. This doesn’t mean that vinyl equals quality, or that digital is devoid of substance. It’s simply a matter of expressing a commitment to each release.

Delft has recently made some releases available digitally, some up to a year after they’d sold out all vinyl copies. In the end, it’s a balance between maintaining something special for the shops who have carried the torch for this music, and also giving fans access to music in places that limited vinyl pressings can’t reach.

When faced with a Shaun Of The Dead zombie apocalypse situation (because it will happen), what three vinyl records would you most definitely never use as a weapon in a life or death self defence situation?

In all honesty, I’d rather serve my brains for dinner to a “walker” than give up any part of my collection. But if my wife was indiscriminately hurling black gold at the approaching undead, I’d beg her not to use these.

Special note, I would also want to rescue my favorite books – Dave Hickey – Air Guitar, Lawrence Weschler – Seeing Is Forgetting the Name of the Thing You See and Douglas Hofstadter – Gödel Escher Bach.

Your philosophy of DJing article was fascinating, I particularly adhere to your message that it is not the means that is important, it is the end. Most intriguingly, you mention that DJ-ing is like sex and may require devices and tech support. I was wondering; have you had to contact tech support regarding an intimate situation yourself and do you have any recommended devices as potential valentines gifts next year?

In DJing, cooking, romance and communication, I’ve learned that less is more, especially when approached with love, honesty, simplicity and attention to the basics. Also, turn off your damn phone.

Seriously though, do you find people are too hung up on the mechanics (I have a particular disdain for allowing sets to be dictated by BPM analysis and harmonic mixing) and adhering to releases that are “current critical darlings” only?

I’m all for spectacular technical skill. Really. I have a lot of love for a mix that’s harmonically smooth, beat-perfect and technically precise. It can be all those things, so long as it’s not boring. I’m also really into the chaotic, schizophrenic, heterodox approach, so long as it’s passionate. The only thing I’m 100% over is just seeing someone deliver a product to meet expectations and repeat a formula. Of course that’s easier to sell, and no one gets rich taking risks. But if getting was my goal, I would have made a lot more money working at a bank.

Do you feel there would be mileage in a similar piece of reflection regarding producing? In specific, the way that people are gravitating to certain hardware setups as a default – AIRA, modular etc.

By my nature, I’m ambivalent about any kind of orthodoxy. Everything I’ve made has had some digital element and some analog element. Some of my first records were heavily digital, some of my recent stuff is nearly all analog. And I don’t have a favorite; my favorite record is the one I haven’t made yet. Of course I can nerd out on hardware, but 15 years ago people were making incredible records writing code in Simple Text. Flavors and fashions change, what matters is the idea. $10,000 in hardware and no ideas will make you a poseur. On the other side, a million good ideas and no effort put into learning your craft and tools will make you a dilettante.

Your departure from M_nus was to open up avenues to other labels, but would it be fair to say that running your own label is more fun than working with others?

It was a departure based as much on disillusionment with the state of that label as it was seeking other doors. But in the end, I found that wanting other people to believe passionately in what I loved wasn’t as important as just sharing music with the listeners and seekers who are out there. Music is a collaborative exercise, it doesn’t make sense to go at it completely alone. But I’ve been lucky to have some amazing people around me in the last 3 years who have helped me find a massive well of inspiration and energy.

Saying this with all possible humility, this is probably the most ambitious year in my entire time as a musician. Both Delft and Valence are blasting forward with some incredible releases, I’ve also got music coming on Ovum, many many remixes, as well as a few collaborations with people I really admire as people and artists. If pressing delays don’t slow it down, this will be my most prolific year ever as an artist; and my first time running two labels simultaneously while also sharing my music on other labels as well. It’s hard to sleep at night from all the anticipation. That’s pretty cool.

Discover more about LA-4A and Delft on Inverted Audio.