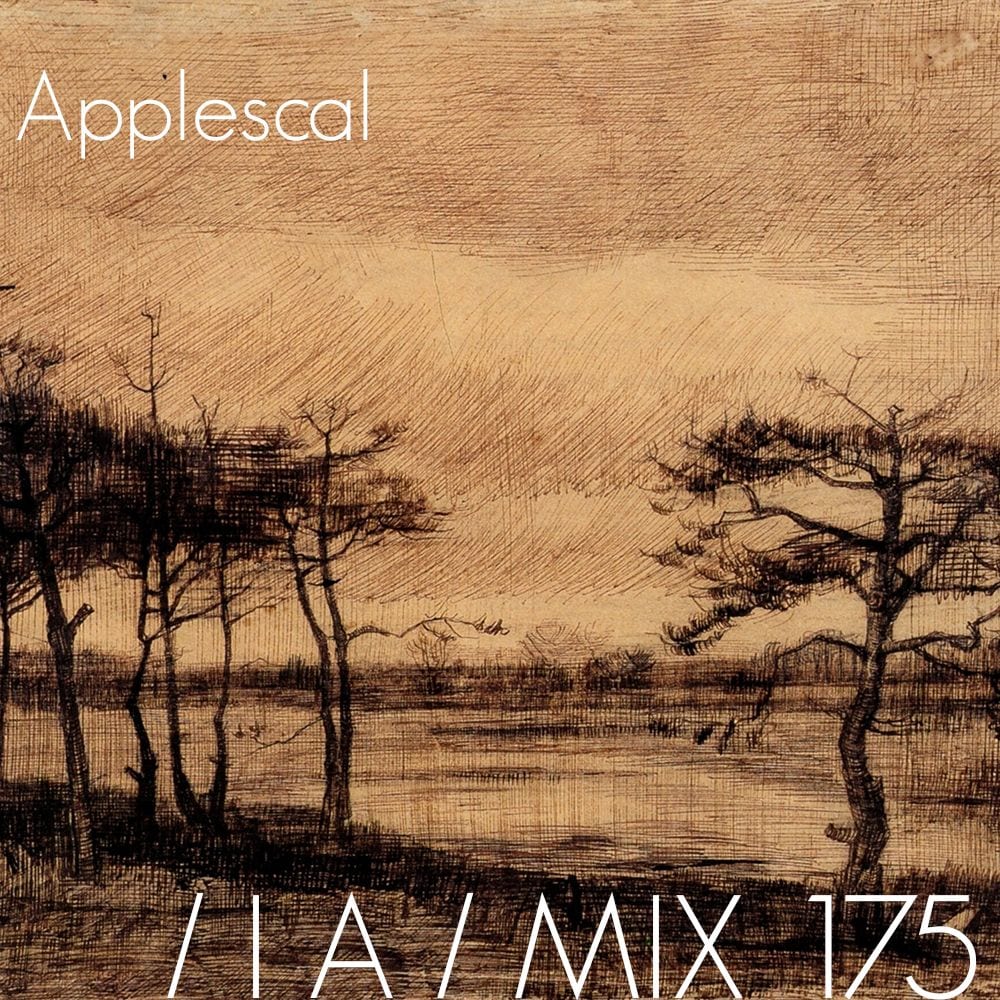 Ahead of the release of Applescal’s album ‘For‘ through the Amsterdam based imprint Atomnation, we caught up with the Dutch producer to discover more about his album writing process and how he feels his music has progressed since his debut ‘A Slave’s Commitment‘ LP on Traum back in 2009. Pascal also offers up a few tips about visiting his home town Amsterdam, and discusses his forthcoming European tour. His club focussed mix feature music from Dauwd, Nick Hoppner, Donato Dozzy & Anna Caragnano, Fort Romeau and more.

Hi Pascal, thanks for recording your mix for Inverted Audio – Can you tell us more about how you made it, track selection and the atmosphere you’ve tried to create within it?

It was a pleasure. I’m always looking for tracks that have something like a nice melody or a strong groove. I like to mix different styles and play the tracks in key at the same time. This mix represents what I play in the clubs.

What have you been up to recently? Any good trips, gigs, studio developments or anything else you’d like to share?

I moved from Berlin back to The Netherlands this year and have been focusing a lot of attention on Atomnation and the records the label is putting out.

I recently played a few dates in the UK, which was great, and I will be returning to play Secret Garden Party later this year. I have my album launch on May 28th at Paradiso, Amsterdam, and we will also present an Atomnation label night at Off Sonar in Barcelona on 17th June, which I am very excited about.

You’re on the cusp of releasing your next album ‘For’ on Atomnation – Tell me about your album writing process and how you think it differs to your previous 3 albums?

The artists that release music on Atomnation inspire me. They all still have this spontaneous and carefree approach, which I really admire.

This is something I wanted to try with ‘For’, I didn’t want to think too much about what I thought people wanted to hear, I was more interested in making something spontaneous.

When you make music for 10 years, your workflow can get very repetitive. I wanted to step away from this, finding a more spontaneous approach in making music again.

Since releasing your debut album ‘A Slave’s Commitment’ on Traum how do you feel you’ve progressed as a musician / producer?

That record came out a long time ago. If I could do it over I would have done it differently. I’m more confident in my approach to making music and feel my sound has developed a great deal since the release of ‘A Slave’s Commitment’.

I’m more familiar with the day-to-day running of a label and focus a lot of time and attention on the label’s release curation and the artists that Atomnation represents.

I was recently in Amsterdam and was very impressed with the cleanliness and picturesque qualities of the city. However that is certainly a tourist’s interpretation of Amsterdam. Tell me about where you’re from in the city and what you like to do whilst not making music?

There are a lot of great spots indeed. You have to go to the Rush Hour store near Central Station of course to do some record shopping but also if you have the time head over to Westerstraat and Haarlemmerstraat.

Around these streets there are a lot of nice small bars and weird shops, but you really have to move away from the high streets to find the best places. Near this area there’s also Westerpark, which has a nice industrial vibe.

There’s a tower being developed on the north island in Amsterdam with a club in the basement and rotating bar at the top. Do you know much about it or have any plans to get involved with the venue?

The former owner of ID&T bought the tower, he has done a lot of things for the music industry in general. I’m curious how it will turn out, as it is a great location, though I’m a bit cautious as he did lots of commercial stuff.

When you were growing up, how did you go about discovering new music (radio, cassette tapes, CD compilations?) and which labels or artists were you really into?

I used to be a big fan of Tiesto; this was maybe 15 years ago and how I got introduced to electronic music. Back then he actually played nice music, he was more of a progressive DJ. We got to know his music from listening to it on the Internet but also from hearing his tracks being dropped during DJ sets in clubs.

Later on I got introduced to artists such as Boards of Canada and I discovered Sasha’s Involver and Fundacion CD’s. He played music from James Holden, Carl Craig and Petter; this was a great point to discover new music.

Do you have a favourite track from the album – perhaps associated with a particular experience? For me it’s “Where Are You” and “Airports”.

I wanted to produce an album to listen to from the first minute till the last minute. I’m not sure if I can pick a favourite track right now.

The last track on the album ‘Borrowing From The Past’ features composer Rhian Sheehan – Tell me about how you came to work with Rhian and what qualities of his music you admire?

I sampled Rhian’s track and sent it to him, hoping he didn’t get mad at me for reworking his music. Happily he liked the track and asked if he could be part of the track title. This was an honour for me; he’s a great musician.

To celebrate the launch of ‘For’ you’ll embark on a European tour – which cities are you most looking forward to playing in and why?

I’m going to Georgia with Max Cooper. He has this live performance with visuals called “Emerge” I’m happy to support him there. There’s also this rooftop party in the middle of Paris, which should be big. And this weekend I go back to play in Hamburg, one of my favourite cities.

Do you plan to spend more time in certain cities, perhaps to explore the city and see what else is happening there?

I booked a little holiday to Sonar Barcelona. Going to spend a couple of more days there and play a show at the Off Sonar site.

With all of this touring – What’s the longest you’ve gone without sleep?

I never count it to be honest. Maybe 48 hours? But I do little naps every now and then, they do magic.

Where do you prefer to make music? Do you have a particular environment that you find is more inspiring or creative?

I produced most of my album on headphones on my couch. Then you don’t have to worry about the sound too much and you can just focus on the idea. In a later stage I mixed it in the studio of course, as they have to sound good.

Finally what do you think the greatest invention has been?

I think humans are the greatest invention. Together we have created this crazy world. We’re able to build MacBook’s, shoes, trains, bottles, and cities… It’s so insane what we did here on earth. We should enjoy every minute of it.

Applescal’s new album ‘For’ is released on 18th May 2015 via Atomnation, order a vinyl copy from Bandcamp.