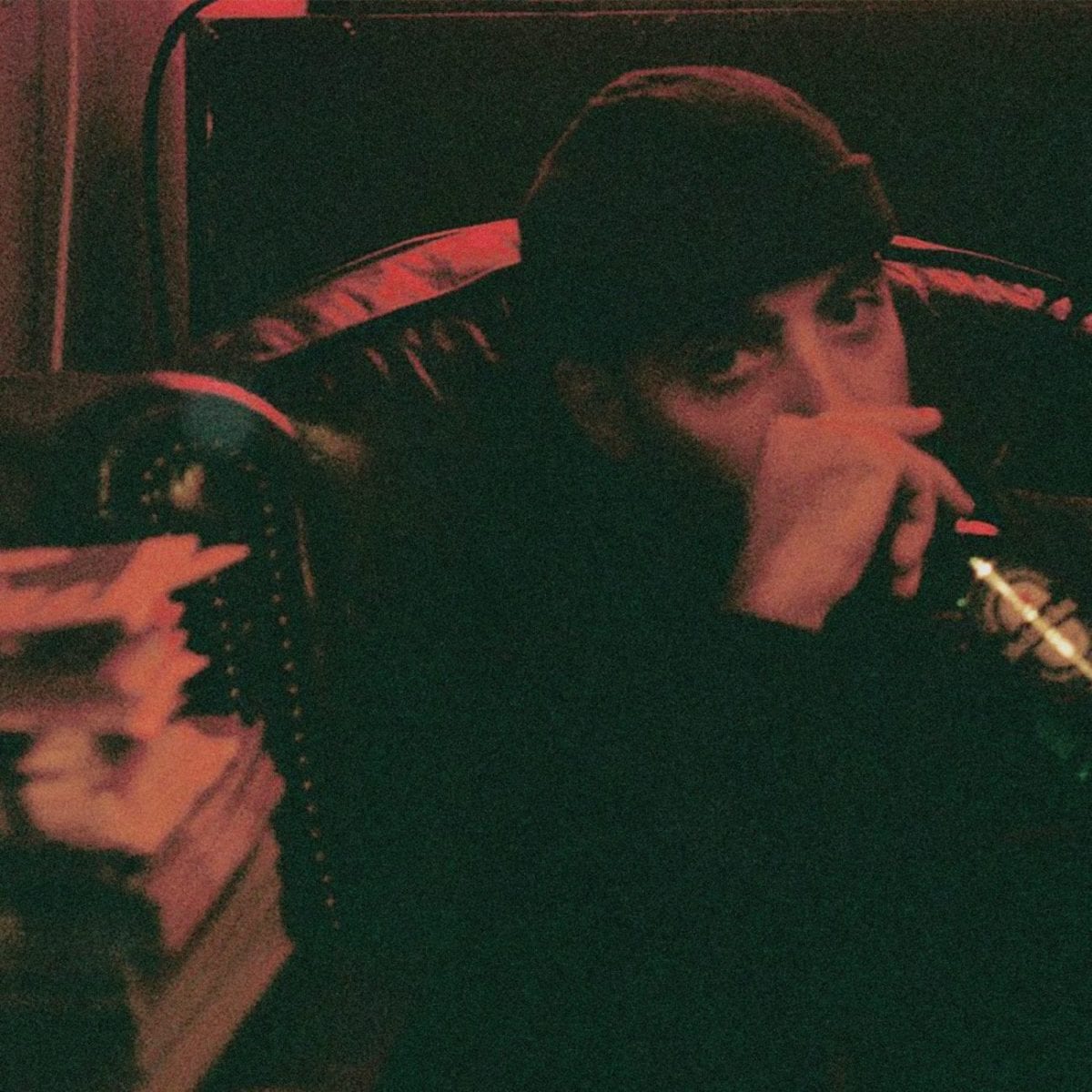 A pivotal element of the Portuguese electronic music diaspora, Gonçalo Salgado aka Lake Haze decided to lay down his hat in The Hague a few years ago. Far from being a coincidence, as Salgado’s music follows straight in the footsteps of the Dutch city’s most renowned artists including Unit Moebius, I-F, Legowelt, the pilgrimage morphed into a crucial move for the Lisbon native, offering him the ideal occasion to fit his vision into a more well-suited, welcoming artistic whole.

While dispensing his unique blends of bleached-out techno grooves on TLR’s Crème Org. and DJ Haus’ UTTU, or at the helm of his label Eye For An Eye, Gonçalo keeps pushing for a sound both hazy and sharp, melancholic but propulsive. In his mix Lake Haze fractalizes the dancefloor into a suite of acid mech distortions, throbbing engines and untamed industrial rhythms, veering off from shredded 4/4 pulsations onto trance-y grounds with equal vigour and style. 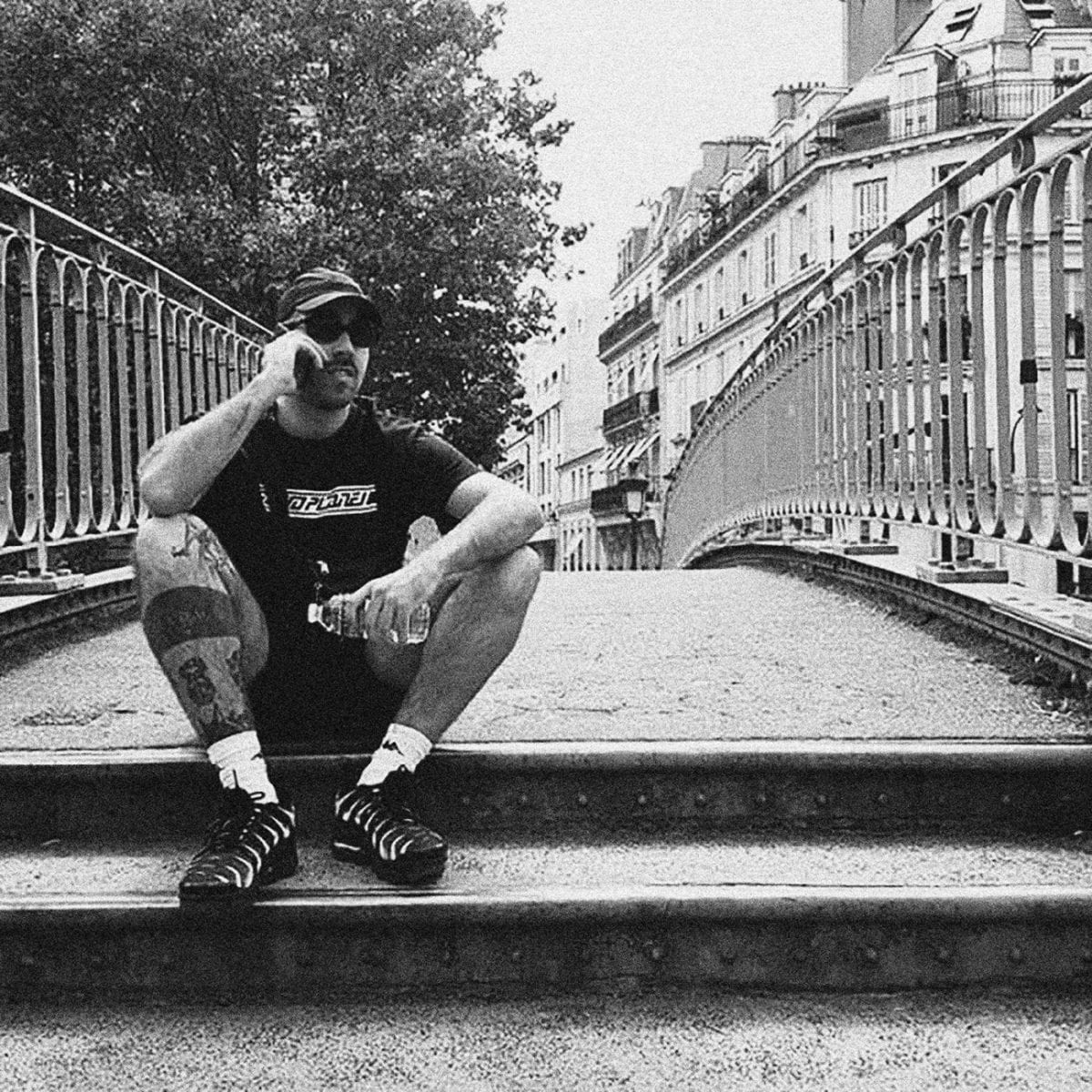 Thanks for doing this mix for us, man. Can you tell us more about it? When and how was it recorded?

Thank you guys for this one. This mix was recorded at Het Magazjin where I’m a bouncer at the weekends when I don’t have shows. This mix is close to what I usually play in my DJ sets.

You’re currently living in The Hague, Netherlands – a city that holds a special position in the European electronic music scene, having sheltered some of the most iconic labels and acts including Bunker, Unit Moebius, Crème Org., Legowelt, A Made Up Sound… and a flurry more. What prompted you to make the move there? Was it that special heritage that attracted you to Den Haag? Or was it the fact of getting closer to Crème, which has become your main record structure?

I ended up in The Hague for a series of reasons including the one you just mentioned. This city saw the birth of many artists and labels that are a huge influence to me: Bunker Records, Murder Capital, Unit Moebius, I-F, Legowelt, Creme Organization and all these guys.

Everyone who watched the documentary ‘When I Sold My Soul to the Machine‘ back from 2004 understands how important and influential they were into shaping the sound of the The Netherlands, but I would add the electronic music scene in general. The fact that I could work closely with Créme Organization and other local labels, distributors and artists weighed a lot on my decision to come here.

What kind of impact does the city’s atmosphere have on your craft? Do you feel it effects the way you produce/approach music?

Yeah definitely, it really influences how I approach music whether I’m producing or playing because you are in the eye of the hurricane, you know, people live for this here. The Hague and the Netherlands in general have a very close and intense relationship with electronic music.

Clubs and festivals around the country are working around the clock to deliver the best line-ups and the best experiences to electronic music lovers and people always correspond by showing up and having a great time, even if these events happen in the same day and that’s insane. So yes, when you come home and sit on the couch after one of these events you just want to make music that can make those crowds have the best time as well.

Your sound is a clever mix of dusty house rhythms, 303 bass moves and retro-laced melodies. Where do you usually draw the inspiration/energy to create?

I don’t know if it’s clever, I think it’s just the way I make music. Nowadays I’m more inspired by art and life moments rather than in other people’s music. 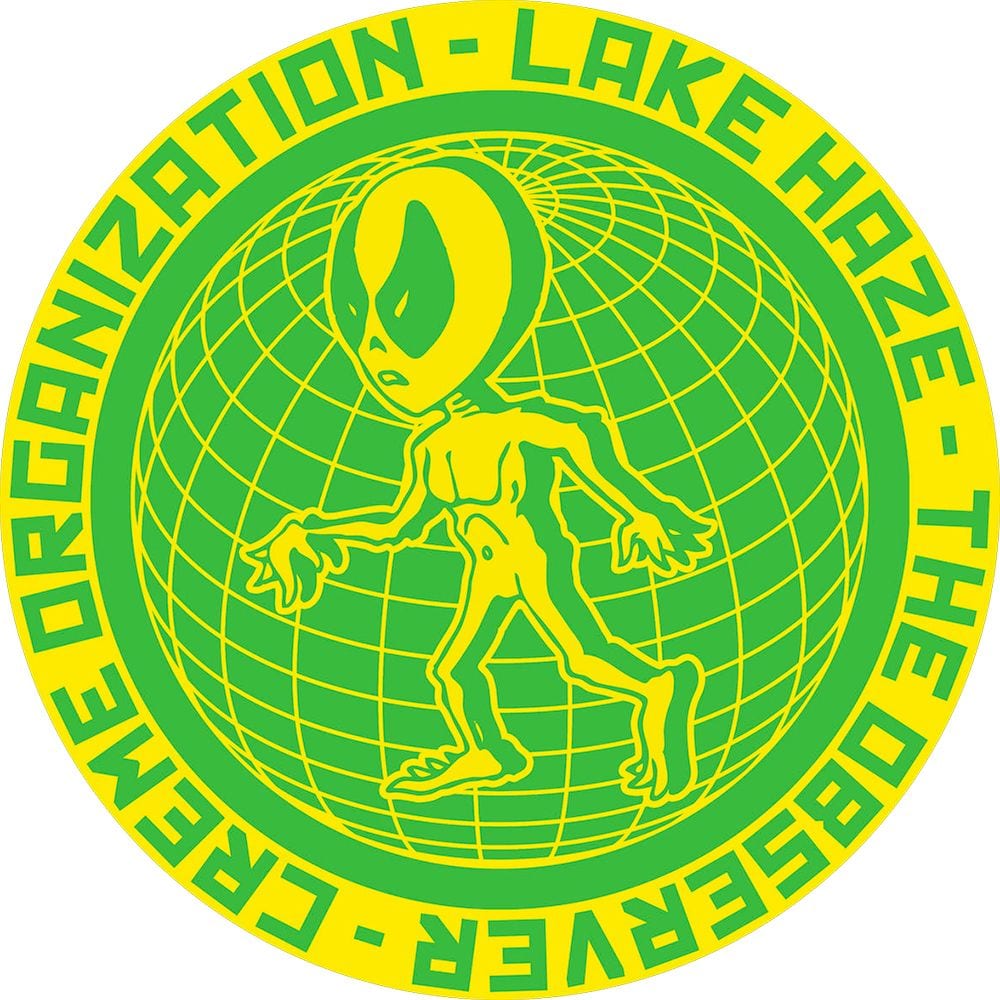 What initially lead you into the path of electronic music? Do you recall hearing a life-changing record, meeting someone or attending a party in particular?

I think everything began back in 2005 when I went with some friends to see Metalheadz founder Goldie play in Lisbon. Most of us were into metal and punk but there weren’t many regular concerts in the city so on that night we were really bored and ‘Drum & Bass’ sounded cool enough to be checked. The scene was already quite big in Lisbon I think, because there were parties happening almost every weekend.

That’s how I got into electronic music and the UK scene in the first place. In the end I got hooked on to the sound and the energy of the parties and so I kept going back.

Your latest EP, ‘The Observer’ EP, just came out through Crème Organization. Can you tell us more about that record and what it represents to you?

‘The Observer‘ is a special record to me. It marked my transition from Lisbon to The Hague. The production of the tracks was divided between the two cities, while I was going back and forth figuring out if I should settle down here in The Hague or not. The colours (green and yellow) of the artwork are also the colours of The Hague flag.

It’s already your fourth 12″ for Crème. How was your collaboration with DJ TLR born?

My first contact with Crème was back in 2013 or 2014. I knew Jeroen was playing some of my tracks released on One Eyed Jacks that Photonz was sharing with him. So I sent him an email with a short demo of a track I did with IVVVO named ‘#1‘ that later came out on Crème with a remix from Danny. After that we just kept in contact and started working together since then.

You are originally from Portugal, which has seen quite a solid underground connection form over the years and that you’re supporting via your own label, Eye For An Eye. Which new Portuguese artists should we keep an eye on?

Artistically my connection with Portugal is almost non-existent. Lisbon never supported my work except for a small group of people that suspiciously were also my friends. I think I only played there once in 2017 and zero times this year, so I don’t really think they appreciate my work and what I do in my hometown.

Also the scene in Portugal is not as everyone is trying to paint from the outside. Big room techno festivals thrive, but everything else is just trying to survive. The situation of promoters in Lisbon like Mina caught the attention of Resident Advisor for example, while they were trying to make an event together and got shut down.

So it was never my intention to support the local scene with Eye For An Eye Recordings. I started the label because I had friends like Coletivo Vandalismo that were making incredible music but were having a hard time putting that music out because it wasn’t club friendly.

I don’t know about new artists because I’m not there but artists that I know for quite some time that weren’t having enough recognition for their work like Violet, are finally getting the deserved attention. She has been putting really sick music on her new label Naive. Coletivo Vandalismo with their new EP on Contort Yourself. Photonz first record of the year with his acid bombs on Acid Avengers and Foreign is also starting a new label this year so I would keep an eye on that one as well! 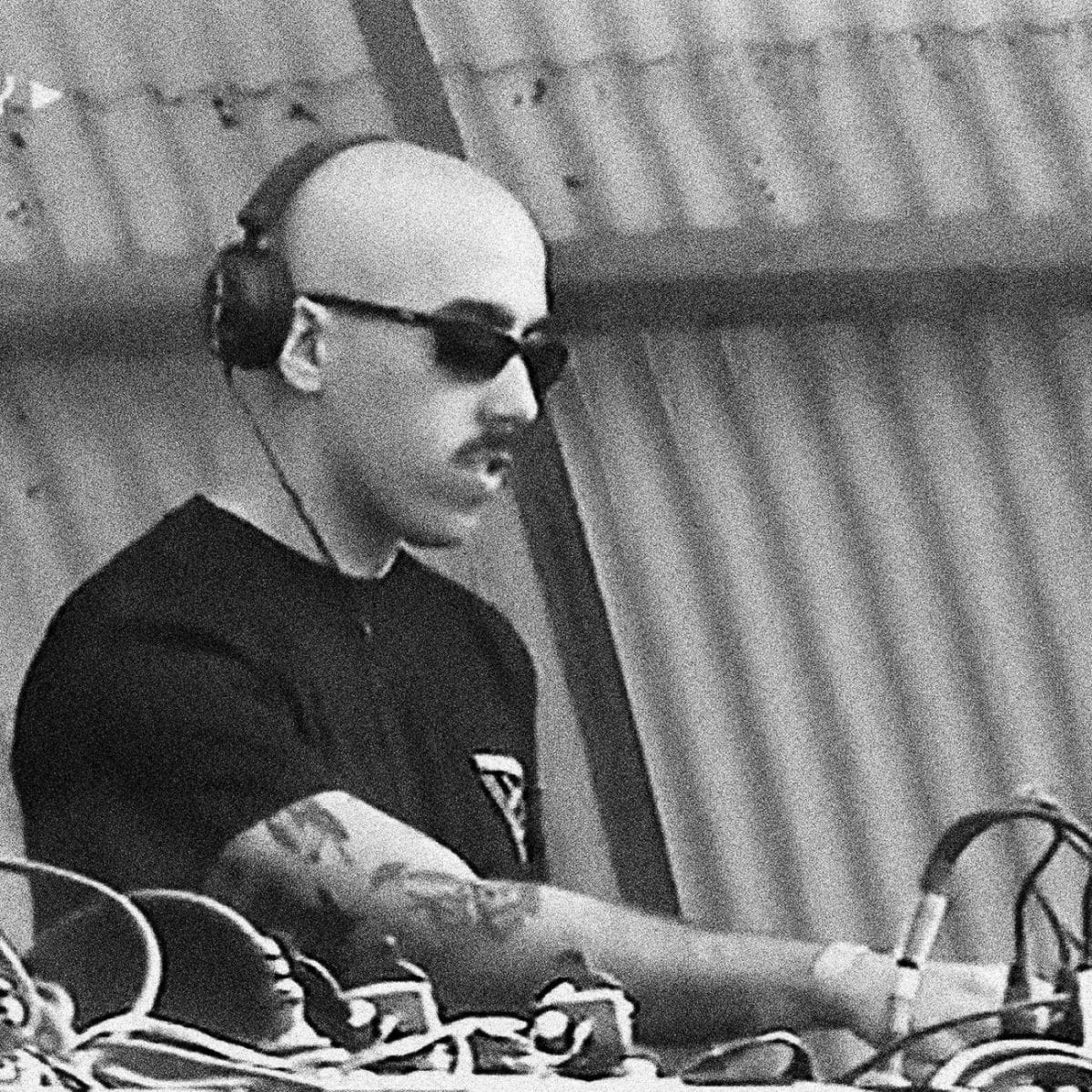 The last release you put out with Eye For An Eye is a tape release from Greek-born, Paris-based producer Boris Barksdale. Do you have some other releases lined up this year?

I’m putting Barksdale cassette ‘Eternal Remorse‘ on 12″ later this year as well as a new EP from the Marseilles-based producer Cardinal & Nun from Metaphore Collective.

Can you tell us more about the label? What are your aims and aspirations for it?

I’m only working with artists I know personally and I have no rush in putting records out for the sake of having a lot of records released. The logo and the sound of the label I think it speaks for itself.

What’s the last record store you visited and what did you cop there?

Pinkman Records a couple of days ago with Pasiphae while we were waiting for a train in Rotterdam to play at Lose It In The City festival in Antwerp Belgium. I bought ‘1984‘ by Butttechno, ‘Computer Nights‘ by Luke Eargoggle and ‘ECZO‘ by Maelstrom.

Travelling the world and meeting people along the way throught music.

What never fails to piss you off?

What are you up to this summer?

I’m going to finish my next record ‘Acid Coding‘ and then I’m going on a small tour with Myn in Australia, I think we are stopping by in Bangkok to practice some Muay Thai in a gym he knows there I don’t know.