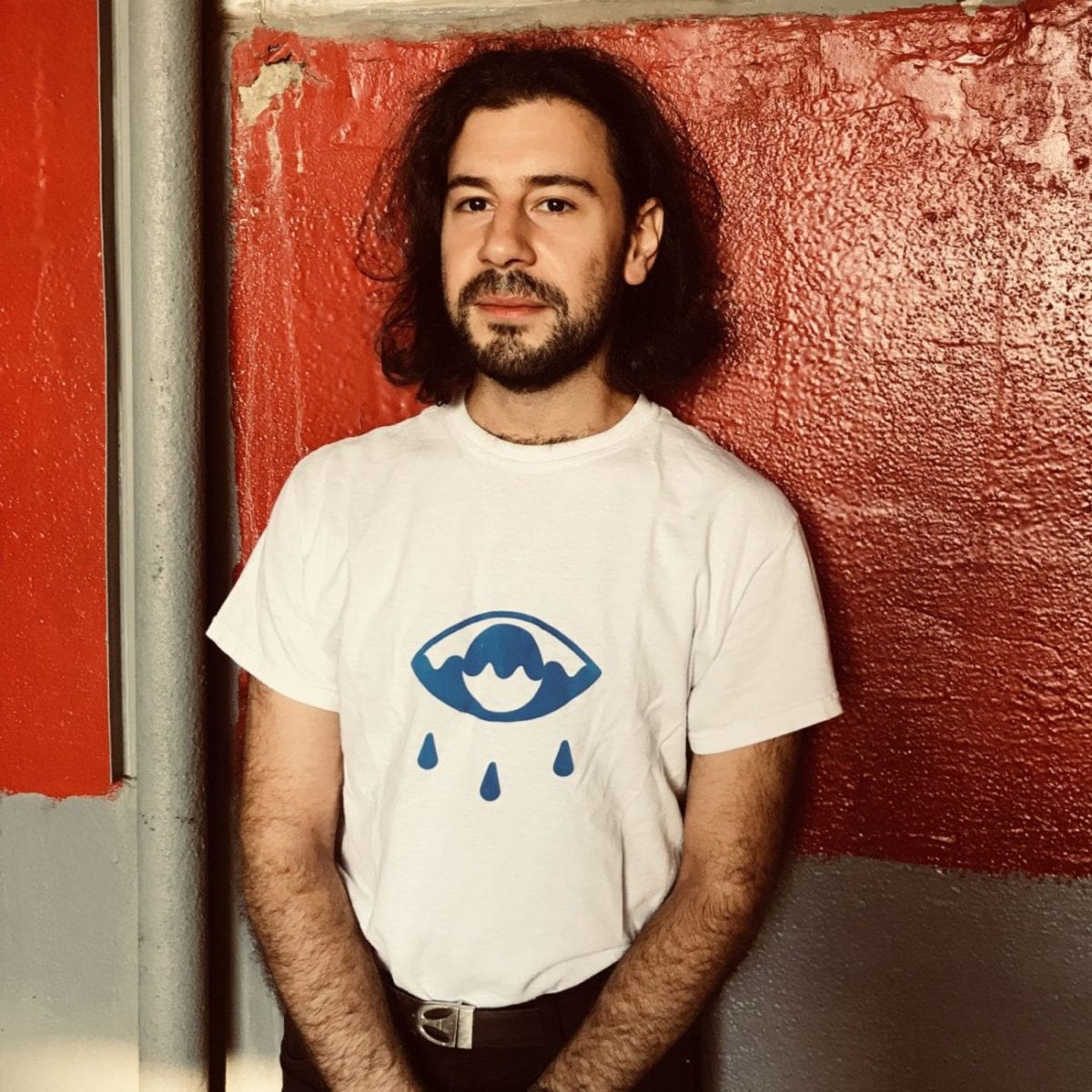 A man of multiple roots and cultures, Paul Sara aka Solpara follows his own artistic path afar from hypes and trends, building a body of work that thumbs its nose at all kinds of aesthetic hindrances and genre entrapment. Having debuted on his friend Nicolas Jaar’s imprint Other People with a deep and protean, ambient-leaning techno 12″, Paul went on to form Booma Collective with some close friends of his, bringing together a crew of artists moved by the same appeal for fringe, ballsy electronics, soon exploring his more dub-friendly tendencies on the solid ‘Vestibule‘, before dishing out a variedly replete double-tape menu on NYC’s excellent Quiet Time Tapes last year.

It had been in a corner of our minds for a while but the opportunity finally came. We’re massively chuffed to welcome Solpara on board the mix series as he steps up with a special live set that’s got its cowboy boots on, ready to kick your drowsy, tan-lined arse into gear. Recorded at Swiatlo (an event series hosted by K55 in Warsaw), the present mix drops the hammer down in particularly heavy fashion, showing the most muscular facet of Solpara’s persona up until you’ve learnt your lesson. Let go of your beach towel, sunglasses and lotion, it’s time to drape in black and stick your head into the squawker. To find out more about Paul and his inspirations, head south and read our interview below. 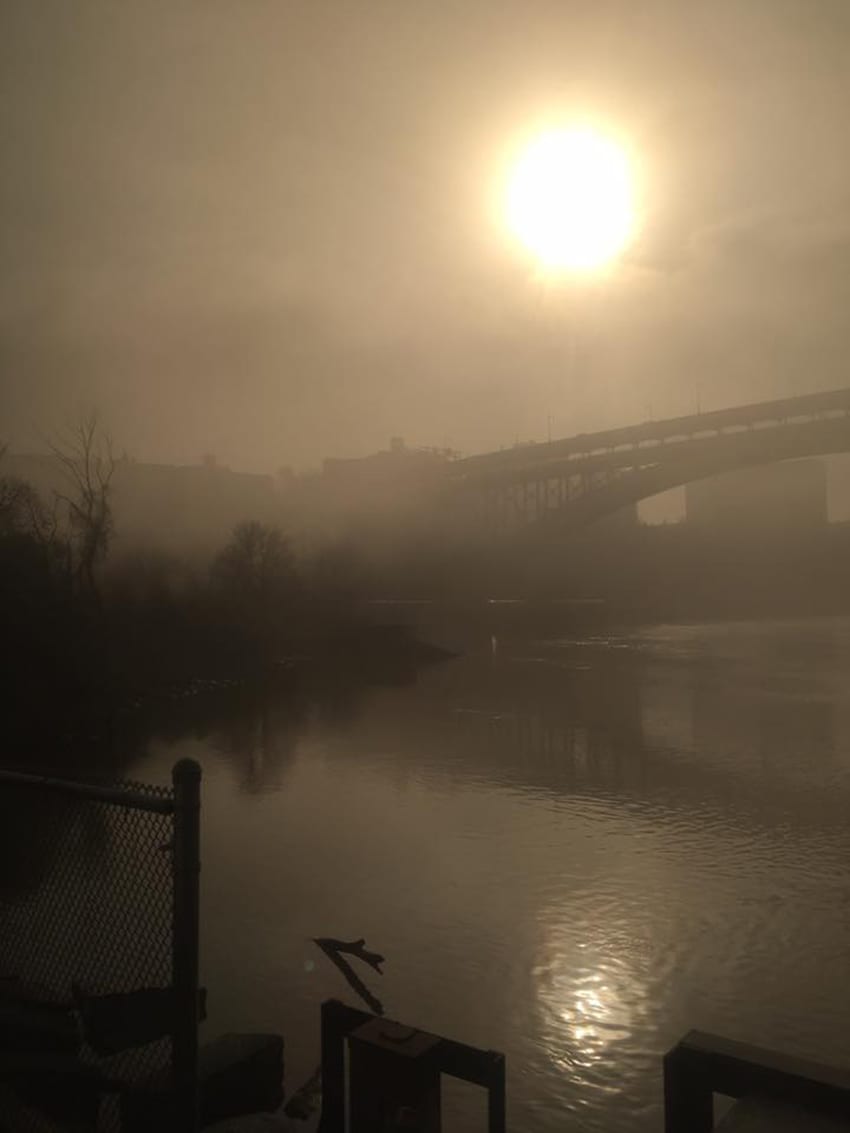 First things first, thanks for that sick mix, it’s a heavy one – and it was actually recorded live at Swiatlo (K55, Warsaw) last year. Can you tell us more about the night and ambience there?

Thanks for listening and inviting me for a mix! It was a really awesome night at this club called K55 in Warsaw put on by the Swiatlo series. I was playing live and Rrrkrta and Møzaika were DJing all night. It wasn’t crazy packed and the people who came danced and were cultivating a great vibe on the dance floor!

The club has a semi-basement style floor plan and everyone can roam freely around, front and back of the DJ booth, dimly lit but not too much. I felt very comfortable playing there and enjoyed every minute of my set and enjoyed the other DJ sets too. I met some really nice folks at the party, and felt like the ambience was non-judgmental and freeform. I would highly recommend checking out the Swiatlo shows if you can.

With a ratio of one record a year, it’s safe to say you’re not a hyperproductive producer. Is it reflective of the time you need to get tracks done, or do you have plenty beats sleeping in the drawers, just waiting to be released?

I have some tracks and beats sitting in my drawer and I’m making sketches sometimes and other times not at all… but I don’t know if it’s reflective of the release ratio… I keep some ideas open ended to toy around with during live sets and other ideas, which I keep as more stand-alone close ended pieces. The set I submitted has a good amount of those open ended ideas in there. I do get tracks done but sometimes they just don’t leave the drawer. I’m currently figuring out what to do with these!

What’s next in line for you? Do you have new records lined up already?

Bonka (aka Deadlift) and I recently collaborated on a track that should be out in the next few months on her own EP for INTA.

Solo wise, I don’t have anything concrete lined up, but I’m gathering some stuff these days and seeing what could make sense for a potential record or maybe a release exploring another format. I’m interested in maybe doing something with images but that’s all talk for now.

You were initially living in Montreal and moved to New York in 2016, am I right? What kind of role has the city / urban landscapes had in your approach to music? Is it an inspiration to you, something you draw creative energy from?

Yep! That’s a hard question, I must be influenced by NYC in some way, but it’s never really literal or straightforward. Perhaps I’m inspired by the times when you can’t feel the city but it’s still there, like when it’s asleep, on a Sunday morning when the city hasn’t fully woken up, but all the structures are there, in this kind of industrial stillness.

I feel like when I’m in the thick of the city rhythm, there’s no real “pause” for inspiration, and if the inspiration is there, I don’t see it, it’s unconscious, impulsive and immediate. In just a single day in NYC, I get a lot of information, a lot of sonic information too, I change context radically and spend a lot of time in the subway, going through different boroughs, and seeing shows that are really different from each other in their sonic nature.

I see some really beautiful stuff in the streets but also some really fucked up things. Maybe all of the latter has influenced what I make in some way! Perhaps, since I’m back in NYC, the way I make music is more immediate and impulsive…

What is it you like most in there? Where do you usually hang out?

I like taking the subway, observing activities in parks and certain street intersections, different good cheap food spots around and the crazy contrasts between some neighbourhoods. I like going to and discovering “Old New York” spots that are still there. The options of music shows (in different scenes) and films to watch is something I really like too, on any day of the week. And last but not least, I love the options of dancing and raving.

I usually hang out around Greenpoint. In terms of venues, I like the DIY loft parties happening around the city, H0l0 and Nowadays. Oh yea, and Punjabi Deli and Grocery!

What prompted you to leave Montreal for New York? I guess it offers you a lot more opportunities in terms of events, networking… etc.

I first left in 2014 because I wanted some change in environment and I was curious to see how I could experience NY as an older person. I wasn’t really thinking of “more opportunities” and “networking” to be honest, I was really happy with the community and opportunities I had in Montreal. 2 years later I moved back to Montreal, but then had to forcibly move back to NYC because of work visa complications in 2016. 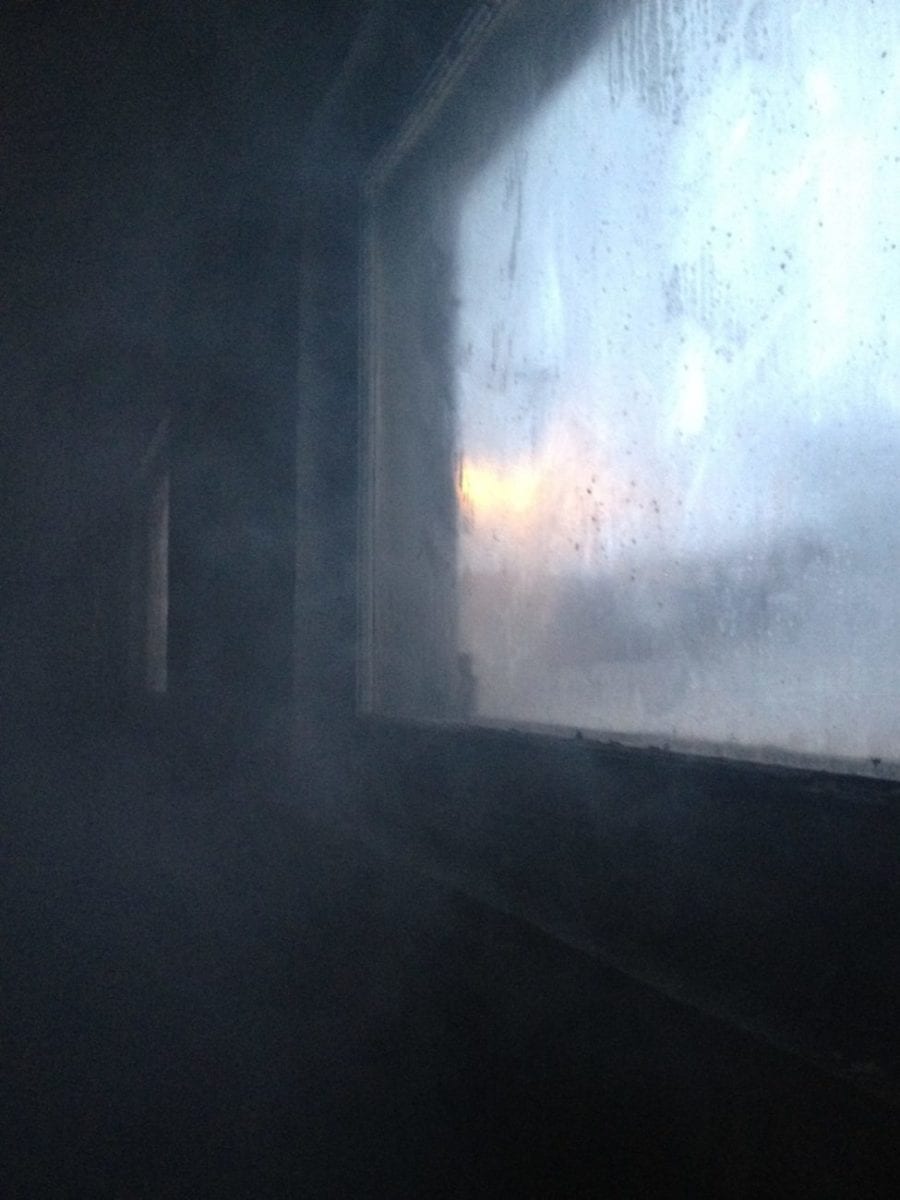 I don’t really have a fixed studio at the moment, it’s pretty mobile but right now it’s comprised of a computer, an Arturia Mini-Lab, an MPD24 and a Sure SM58 Microphone.

I remember we spoke about cinema a few times as we’re both film lovers and have also dabbled in it in various ways. Is it still something you’re interested in exploring? Do you have plans for visual projects at all?

Yes, I’m still super interested in film and I will be exploring some visual ideas this year!

What are the last films you watched that left a mark on you, and why?

120 BPM is the last film I saw that left a mark on me. Other films I recently saw this summer that got me thinking were The Internet’s Own Boy: The Story Of Aaron Swartz and Beauty and the Dogs. The three films deal with the injustice, carelessness and lack of interest from higher powers to change the status quo and how this directly effects the lives of the characters in a tragic way.

What does usually make you happy?

A long dinner with friends and strangers followed by a night of dancing!

I’m trying really not to get pissed off these days… so I won’t dwell upon this too much, but maybe what fails to never piss me off are groups of day drunk people in Williamsburg listening to music I really don’t like.

What are your plans for the rest of the summer?

I’ll be visiting Montreal for a few days, and then will be back in NY finishing some projects and working at Halcyon. I’ll be playing two gigs, first at Jupiter Disco for Modal Form with M Parent and one at H0l0 later in the month for Quiet Time with rrao and a special guest.