After moving to Groningen in the Netherlands at age nineteen, Lennart Wiehe became one of the early residents at OOST club, where he hosted progressive line-ups and helped shape the club’s signature sound. Following an invitation by Marcel Dettmann, Wiehe was one of the youngest DJ’s to perform at both Berghain and Panorama Bar and subsequently relocated to Berlin to further his musical career.

Having been in touch with Wiehe for a number of years, as well as keeping track of his musical path, we reached out to Lennart to learn more about his early steps into the world of music and how his EP came to fruition on Delsin. In the interview we also discuss his involvement with Weltspiele Club in Hannover, in which he helps highlight producers to book together with IA MIX alumni His Master’s Voice.

For the occasion, Lennart presents “a musical self-portrait” of unreleased material from his musical archives, weaving together a refined blend of brazen techno that will get your heart pounding, yearning you to return to the club. Lock in and load up! 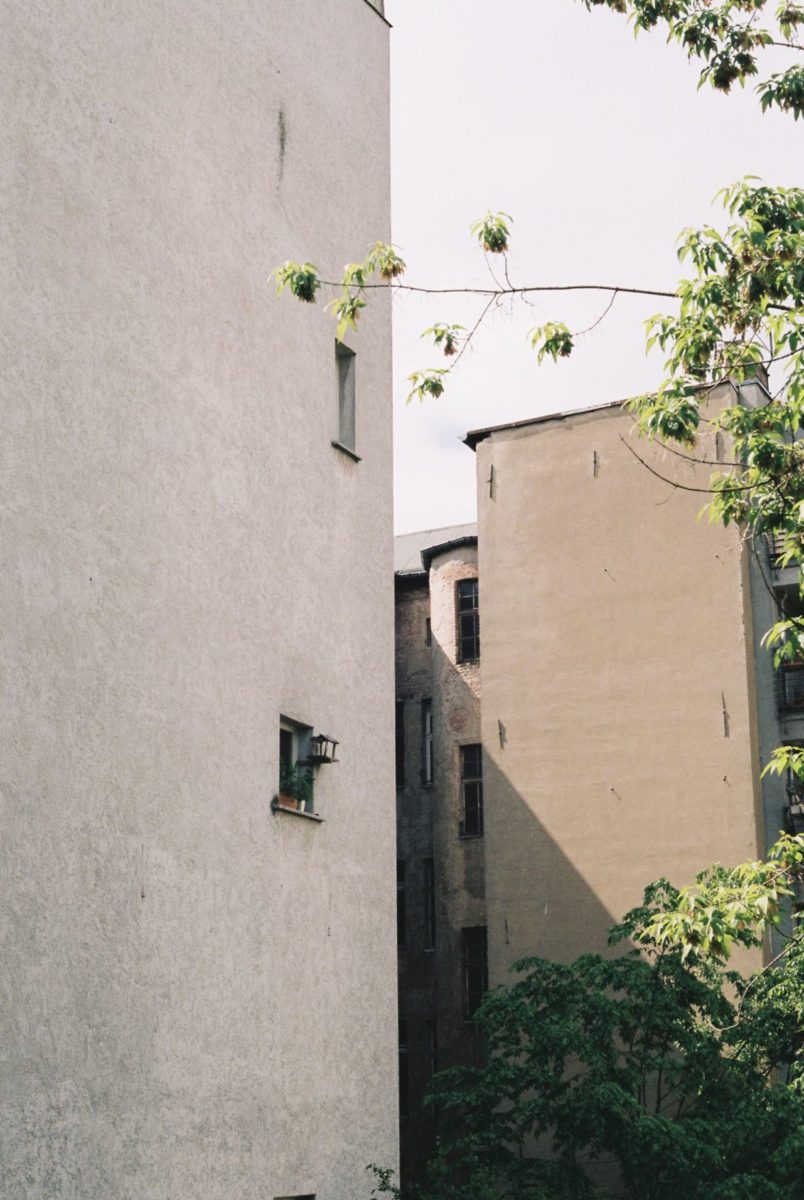 Hi Lennart, thank you for taking the time to answer these questions and for recording this mix. Please tell us more about the mix, how you put it together and what atmosphere you envisaged whilst recording it?

Hi Tom, thanks for having me. This hour I recorded is kind of a musical self-portrait. It only contains music I made myself, plus one or two edits of other people’s tracks. Basically, I made a collage of all the parts and bits I had and recorded it all in one night. I cannot really evaluate the result, but it definitely is me I hear in there.

For the uninformed, let’s dive into your past and find out more about you. Where are you from originally and what was your musical upbringing like?

I grew up in Hanover, Germany. My father never listened to music, only my mothers singing at best. My mum loves music and always tried to get me to play an instrument. At one point, my mother gave me a kids drum set. I took lessons, but I never played the drums or any instrument for that matter, not even once. All I did, during my lessons or at home, was sitting in front of the drum set and talking about music I liked with whoever sat there with me.

Are you classical trained, or more of a self-taught producer?

Pretty much all I do is producing accidents and keeping the lucky ones. I don’t know the first thing about musical theory. Sometimes I think about how it would be if I could read notes or play the piano, but the thought overwhelms me. It gives me a feeling of limitation, like I would introduce the concept of ‘right and wrong’ into making music.

Whilst growing up, did you have any musical role models to look up to and learn from? An inspirational big brother or like minded friend perhaps?

Growing up, I was constantly looking for peers (or role models if you want to call it that) but never really found anyone I was on the same page with.

The first time I had someone to look up to musically was when I met Marcel Dettmann a few years ago. At a time when I had the feeling I knew every new record that came out (and didn’t like many of them), he invited me to his studio from time to time.

Marcel showed me records from the 80’s and 90’s he thought I would like or that could help me with my own music. I have never met anyone with a similar passion for or knowledge of electronic music as Marcel Dettmann; it’s quite impressive.

What was the first record you bought and what did you love about it (and do you still own it)?

‘Escapology‘ by Robbie Williams. Is there even a thing you can not love about it? It was Robbie’s mohawk time, so I wanted one, too. The cover freaked me out though. I was seven back then, I knew even less about bungee jumping than I do now. I don’t know if I still own the record, but I do hope so.

Where was the first record store you visited and what attracted you to explore the store?

Hard Wax in Berlin was the first record store I visited regularly. I was so intimidated by the people working there that each time I went, I spent all the money I could spare — just to avoid leaving empty-handed. I still have quite a few records I would never have bought if it wasn’t for the Hard Wax atmosphere. When I visit Hard Wax now, I like to visit Sound Metaphors afterwards.

Back in the days, how did you go about learning about new electronic music and what record labels were you a die hard fan of?

I had the best time finding music when YouTube still had its old recommendation algorithm, a few years ago. I would just sit in front of my screen for hours, jumping from track to track and simultaneously scanning the web for files, or Discogs for CDs and vinyl…

You recently released your debut extended player on Delsin’s Inertia series named ‘Amb-Kombat’ – congratulations – we love the tracks and the all black package! How long have you been working on that record, and how does it feel to finally have it in your hands and out in the world?

Thank you! The tracks are all from different years; the oldest one from 2017, I think. When Thijs from Delsin asked for these four tracks, I was surprised how well they actually fit together, although they are from such different periods.

Before the release, I did not think having this music publicly available would make a big difference for me, but now that it is out, I realise it does. In the end, it reminded me that music is a social thing. The idea that my music is making someone in a club or somewhere else in the world feel good makes me happy. 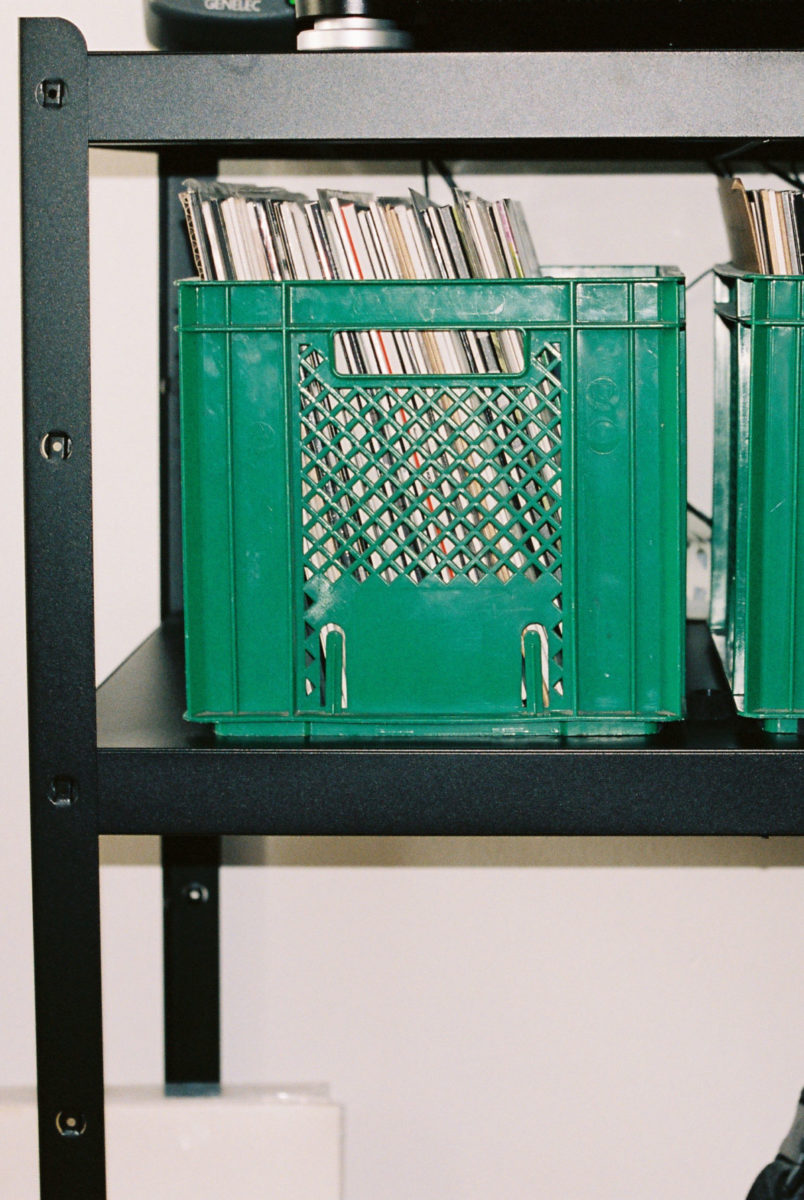 I’m intrigued to learn about the concept of the record and the reasoning behind some of the track titles, specifically 30°C Weisse Waesche (30°C White Laundry).

Not sure if you can call that a concept, but I aim to make something that I will still find something to like about in five or ten or more years. To me, that’s all a matter of gut feeling in the end. Sadly, I don’t remember why I gave this name to the track, but generally, I try to avoid names (and for that matter music, too) too close to techno clichés.

Speaking of names, your Soundcloud profile states “bloodhound Len” – care to expand on that?

Yes, sometimes I wish I could still pull off a name like Bloodhound Len. But a few years ago someone told me sticking to the real name is the way to go. Now I am stuck with my real name, I am afraid, but that is alright, too.

I’d love to know more about your studio setup and working environment – can you give us a rundown on what instruments you use and what methods you use to create ‘Amb-Kombat’?

The whole record was done using Ableton Live, a field recorder, an Elektron Analog Heat, and one synth. Sometimes I try using more hardware and get something new, but the stuff I end up using is always the same. I don’t need more, and most of the time, more hardware just keeps me from actually making music.

Apart from being an DJ and producer, you also work at Weltspiele Club in Hannover together with His Masters Voice. What do you do for the venue and how did you get involved?

Flo (His Master’s Voice) is the club’s booker. Pretty much all I do for the club is sit in Berlin and phone up Flo once or twice a day, telling him which artists I think would be cool to have at the club.

We can assume that you and Florian (His Master’s Voice) have forged a strong friendship over the years. When did you first meet and have you been tempted to jump in the studio and collaborate on music?

We grew up in the same city, but Flo is a few years older than me. We never met when I lived in Hanover. I think we met on Soundcloud and I remember being really fascinated meeting someone who actually knew what he was doing when making music. We have been in a studio together with Vril several times, but when we try to make music, Flo and Vril were jamming like the musicians they are, and I stood next to it, only acting like I would tweak knobs on some machine.

When you’re not in the club, what types of music and, more specifically, which records do you enjoy listening to at home?

I listen to so much different music, but for a few years now almost anything with an electric guitar gives me nausea. Over the last few days, I mostly listened to Coucou Chloe, Severed Heads, and Fuffifufzich.

At this exact moment in time, what labels and producers do you think are the most explorative and exciting?

I think JASSS is doing great explorative stuff. Sadly, I sometimes don’t really understand all of it. Also, I love all of Bambounou’s recent records. And that latest one by Mark Pritchard on Warp! I think it’s already two years old, but it’s the best. When I listen to ‘One Way Mirror‘ from the release, I always wish I could play it in a club somewhere all night long, over and over again. For labels, maybe AD 93. I recently bought a lot of music from an Italian label called art-aud — love it as well.

Finally, what’s next for Lennart Wiehe and can we expect an album from you in the near future?

I would really like to record an album, but I am not sure where to start. Also, I don’t know where I would release it yet. Apart from that, I hope to be back at most of my favourite clubs this year. DJing gives me life, I simply cannot wait. For one or two special occasions I am thinking about taking this mix here as a good example and playing live in a club, but I wouldn’t want to make it a habit, I guess.