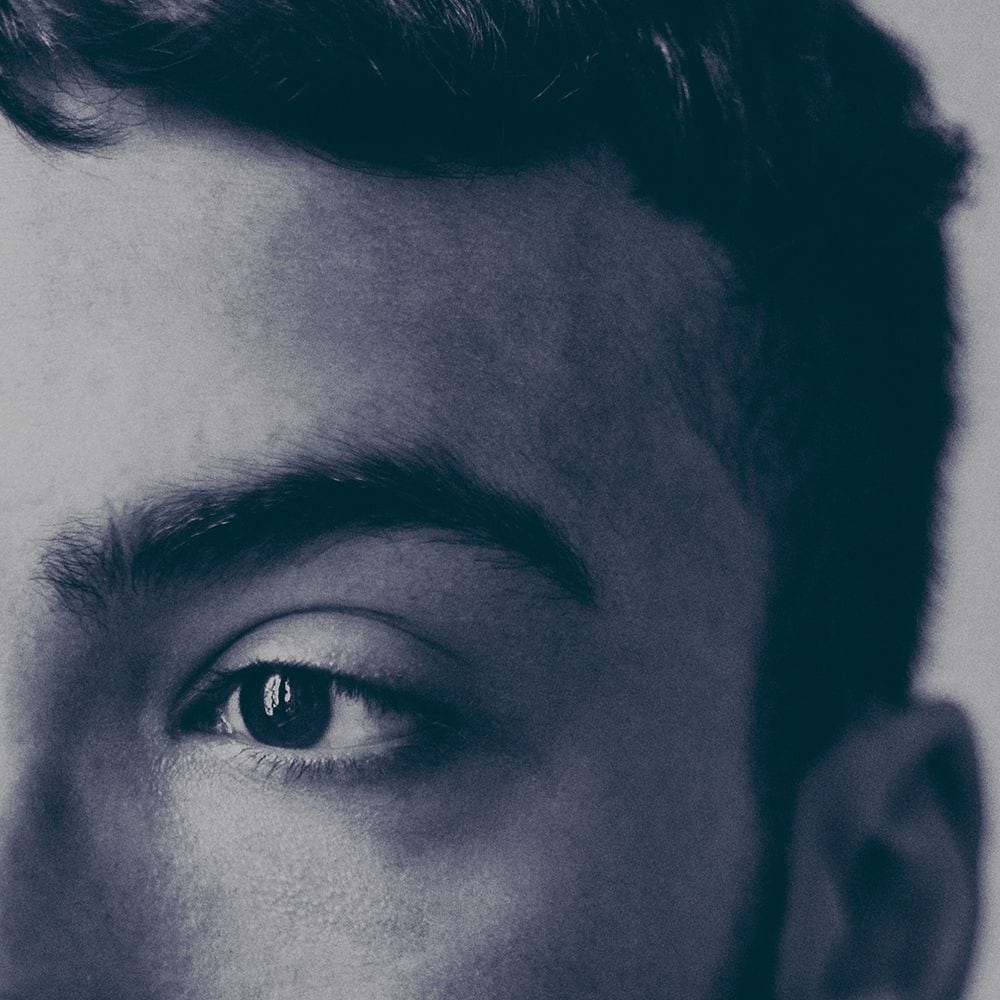 Midgar label head Jacopo Severitano takes control with a showcase mix of new Midgar material. Midgar is probably best known on two fronts. We have their breakthrough artist Wata Igarashi, the Japanese techno producer who was recently featured over at Resident Advisor. Then we have the name itself that will be immediately apparent for anyone who has played the cult classic Final Fantasy VII, taking the name from the perma-night opening city that the game starts in. Although, dig deeper and you’ll find more details – Midgar is also derived from Midgard, the Old Norse for our world.

In its first twelve months, Midgar took careful steps. Their initial releases established a sound of overcast techno, willing to explore a variety of tempos and not afraid to venture away from the four to the floor kick into broken and gaseous territories. As confidence built the label blossomed. It’s visual identity has grown and the artistic vision has resulted in the likes of the huge double vinyl project from Ruhig, Particles and Materia.

Stepping from behind the scenes, Jacopo has provided a mix that takes you through the unique pallette that makes up the aesthetic of Midgar Records. 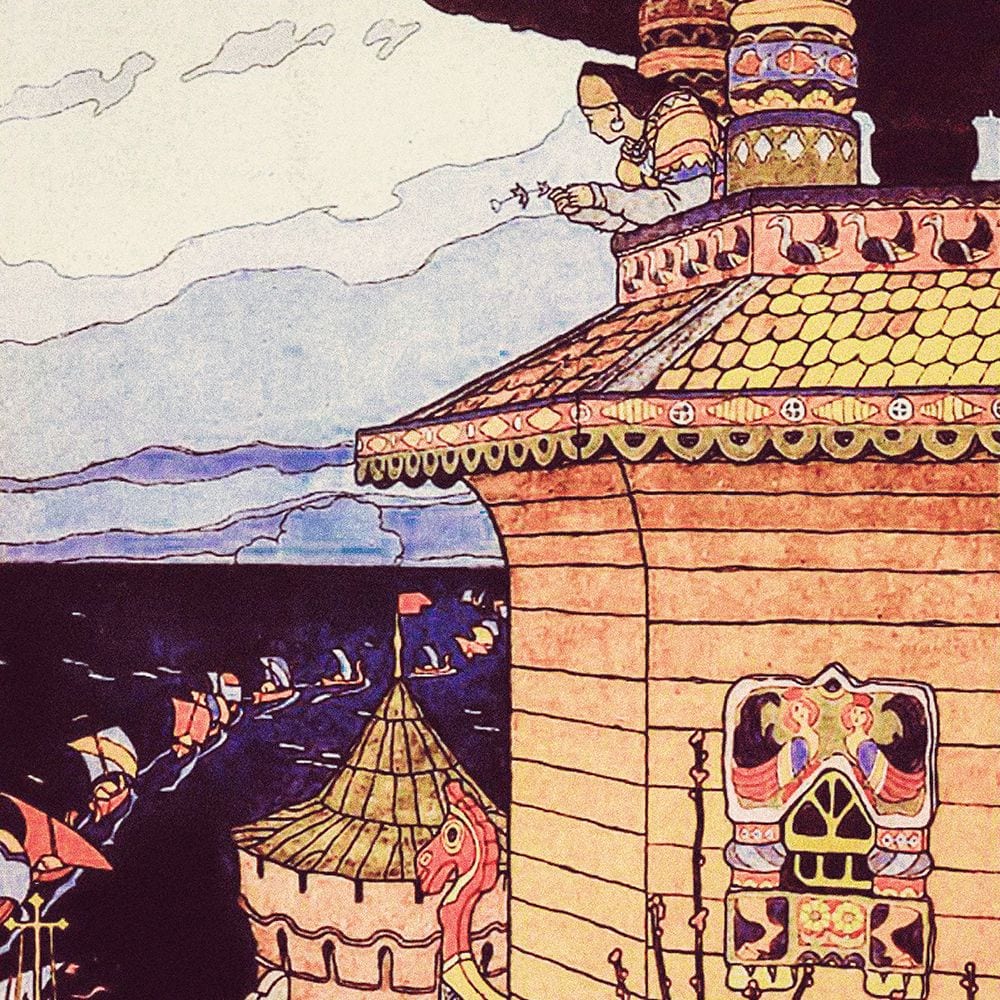 You recently celebrated an anniversary. Looking back, what has been the highlight of the label in the last 12 months?

Hard to speak about highlights at this early stage of Midgar, as every little step the label take is a big happening for me. After 2 Years I can say that each release made me very happy! Especially in the beginning of this year when, for the second time, both Wata Igarashi and Ruhig released 2 wonderful EP’s that got extremely good feedback.

Receiving positive critiques and support gave me the strength to continue, despite the initial poor sales of the label, and keep the focus on artists I love, without caring if they had hype or not. In the same time, I notice that some of them are lately getting more recognition also thanks to the releases on my label, and that makes me quite proud, I can’t hide that.

You’re also a relatively young label. If you were to give any piece of advice to someone setting up a label, what would it be?

Do some deep research about pressing plants, mastering studios and distribution before you start. That was indeed my first big problem, even if we consider my experience with Natch Records, not new to this kind of struggle, I had and sometimes still have very bad surprises. Finding the right people to work with is really hard! Apart from this technical advice, I would just say: do your best for the artists you decide to sign. 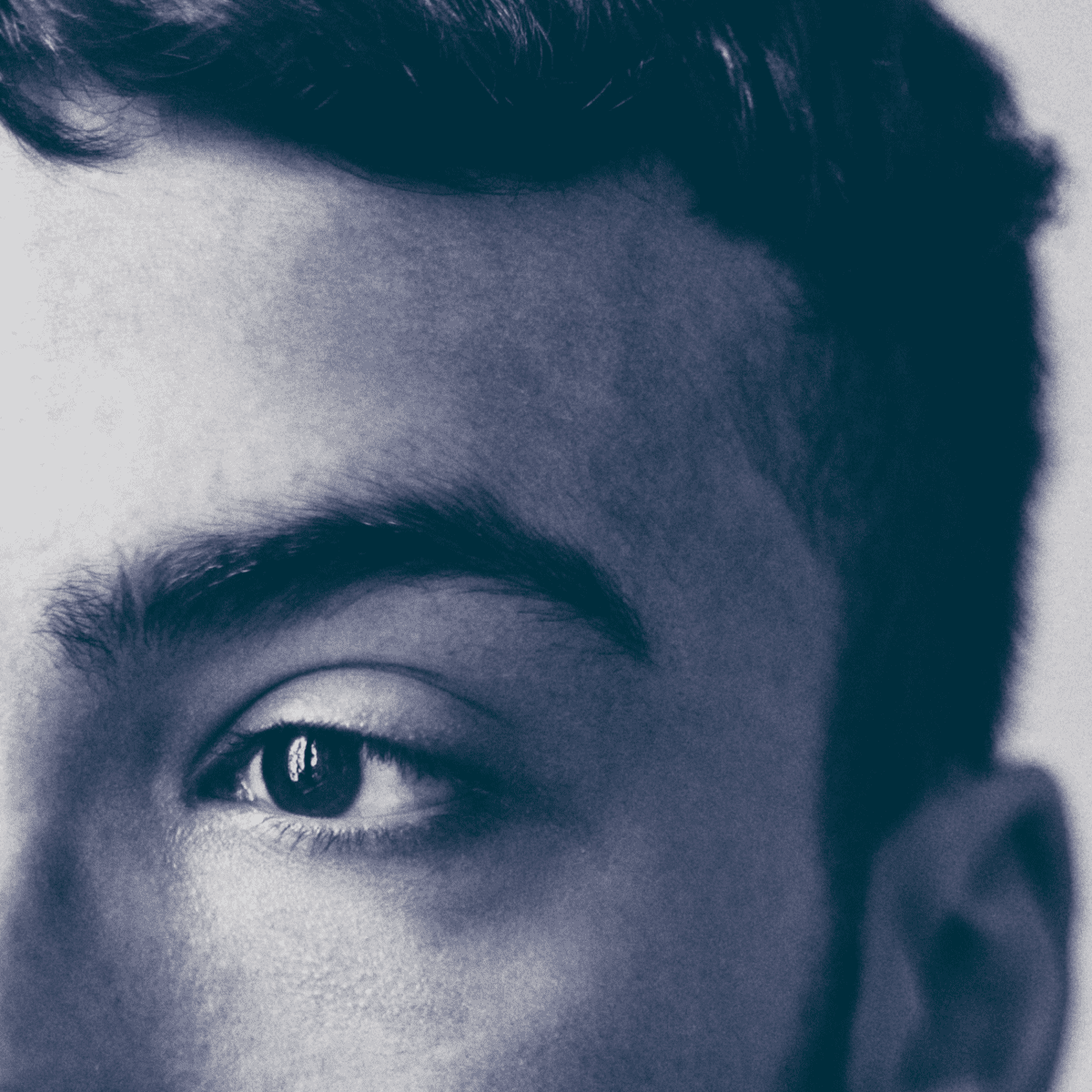 If you wanted to describe the signature Midgar sound, what would you say?

Initially I thought of Midgar as a deep techno label, but along the releases I realised how wider is the range of the tracks I’m selecting. The word ‘deep’ still remains, but stands for the track’s structure, made of several layers and levels of perception, and not only for the relation to some sort of subaqueous, dark sound which happens to hear very often in the last couple of years from many European labels.

For the label concept, the sound of Midgar is described as innovative and meaningful: a sound that tells stories. The reason why I wrote that is because I consider vinyls as books, where each track is a chapter.  I usually build EPs selecting 4, sometimes 6, tracks from 20 or even 30, so I assume this strict selection process generates a common line, more or less obvious, throughout the releases: that’s Midgar signature.

There are a lot of direct and subtle references to Square Enix’s Final Fantasy in not only the label’s name but also in many of the titles of many of the tracks. What is the significance of this link for you?

The name Midgar comes indeed from FFVII, a videogame (RPG, maybe the most famous of all time) I used to play a lot with my brother Miguel when we were kids.

Midgar is the huge disc-shaped city where most part of the game evolves. My bro helped me with the launch of the label, and because of that I wanted something funny which could find us connected.

When the artists agree, I still suggest titles for the tracks, including some names connected to the Final Fantasy universe. Since I’m already taking care by myself of all the graphics and press releases, it’s a whim, nothing more, but in a way is implementing the aesthetic of the label. 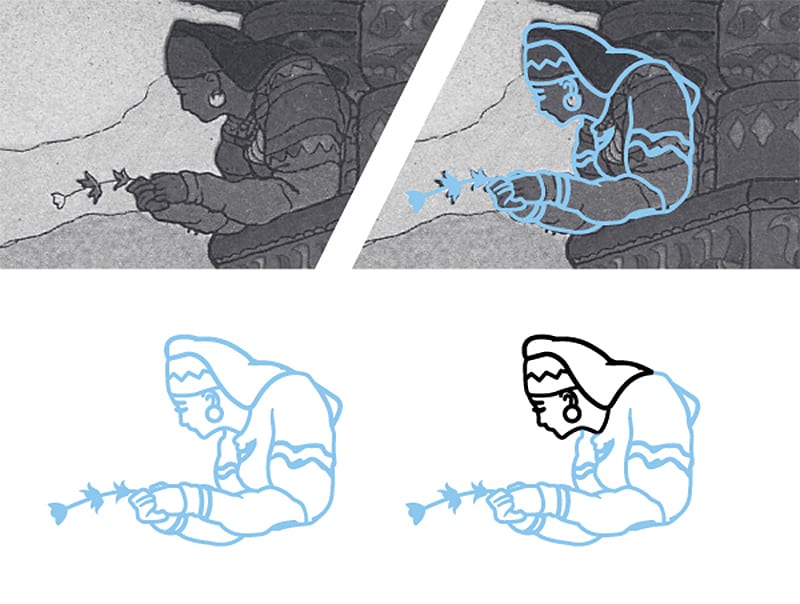 As I was sitting writing these questions, punters around the world have been lining up to take part in Record Store Day 2016. What are your feelings on this day, as both consumer and someone looking to get records pressed, and is it something you could see Midgar getting involved with in the future?

Unfortunately the Record Store Day brought only troubles to small independent labels in the last years!

Pressing plants get all super busy at the same time and that means loads of delays and chances to get your record poorly pressed. So, no thanks, every day is a record store day already.

Moving onto the mix, can you tell us about the contents and the significance of the selection you chose?

The mix includes only Midgar material, a few unreleased tracks from Ruhig, Von Grall and Shaded Explorer (coming up in the next months), plus at least one or two tracks from each previous release, by Wata Igarashi, Cloned, Ruff Cherry and a remix by Edit Select.

I prefer not to give the exact playlist; you might identify the authors from their recognizable style. The unreleased ones are not mastered yet, should be okay though. Through this selection, I wanted to show the diversity of the label, moving from ambient influenced to heavier club oriented cuts.

What are your feelings about the health of techno as a genre in 2016?

I want to stay positive, techno and its thousand related sub-genres have got so much attention in the last few years, and even though I hear so many people complaining about this process, I just see it as an opportunity to grow, because it is not only about techno, it is about electronic music in general.

Who complains about kids listening to what we call ‘bad’ or ‘commercial’ techno maybe forget when the main trend was minimal or tech-house. At least right now there are plenty of possibilities to choose from.

Of course it would be much better to enjoy it as a form of art instead of exploiting it as a money machine, but that’s not techno’s fault, it’s just the way things go nowadays with any form of entertainment. 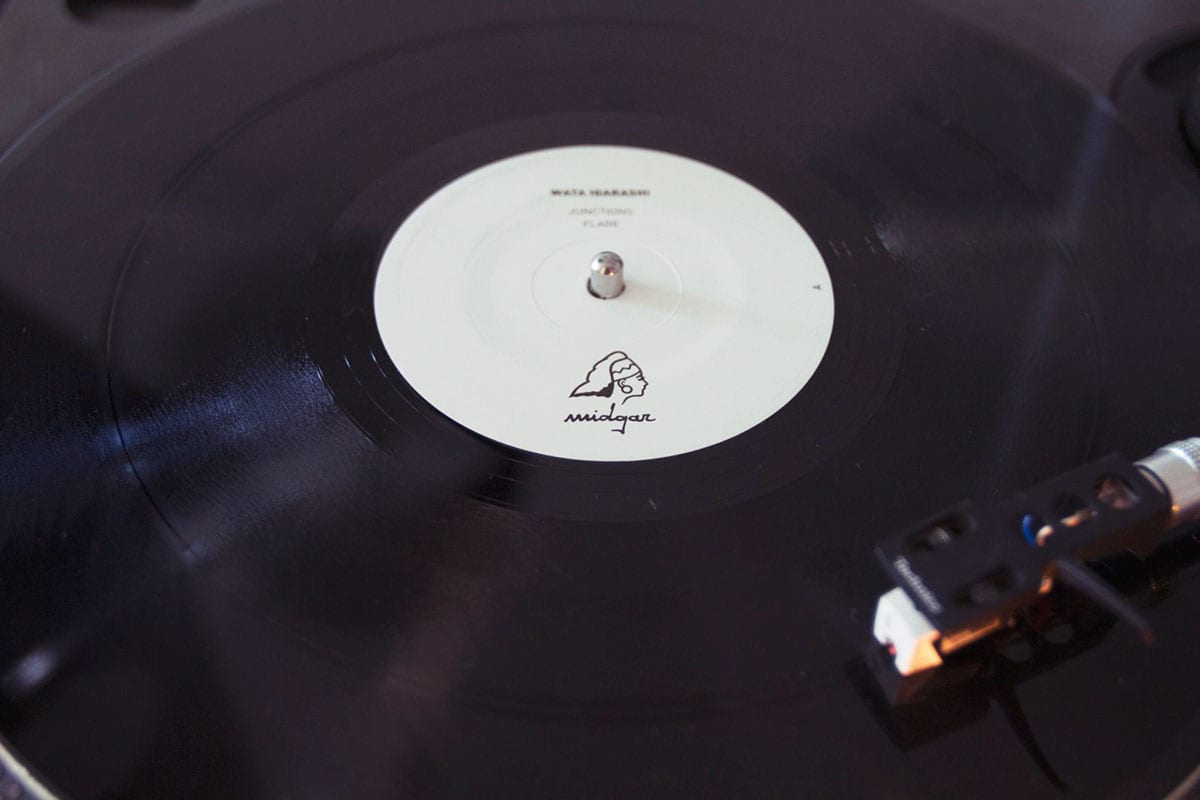 We’ve talked about highlights for the past 12 months, what does the future hold for Midgar Records as it stands?

Talking about releases, there are a few already in the pipeline, ready to be pressed. Ruhig is coming back in September with Materia EP, the second instalment of his double EP (the first was Particles EP) which unfortunately I couldn’t release altogether for huge problems with my ex distribution.

The Italian Shaded Explorer will follow in December, and after that, another EP from Von Grall and Cliche Morph. There’s actually much more but I don’t want to ruin the waiting. I will just add that there’s a new remix pack in the plans and will be out as soon I receive all the remixes!

What is the greatest achievement you could see the label having?

Midgar is going to be a lifetime project, I can’t see its greatest achievement because is just very far in the future. I’m not in a rush and the path I chose is the one for the quality and integrity. I wish for the label to become a stable entity in the music scene, that’s it.

If you could bring in a remix of any of Nobuo Uematsu’s classic Final Fantasy tracks for a Midgar remix, what would it be?

Haha is that even a question? Of course the Sephiroth Theme – One Winged Angel

Discover more about Jacopo and Midgar on Inverted Audio.