Dublin-based producer Minos steps up to deliver IA MIX 328, weaving together a deft mix of dubstep, techno and electro from the likes of Model 500, The Person, Regis, Surgeon, Milanese, Randomer & Cadans, Shackleton and more.

In our interview, Minos speaks out about his musical heritage, studio methods, the impact of Dublin’s draconian licensing laws on the music scene and how he came to release his first ever solo record, ‘Sorry I’m Late‘ EP through Semtek’s imprint Don’t Be Afraid. 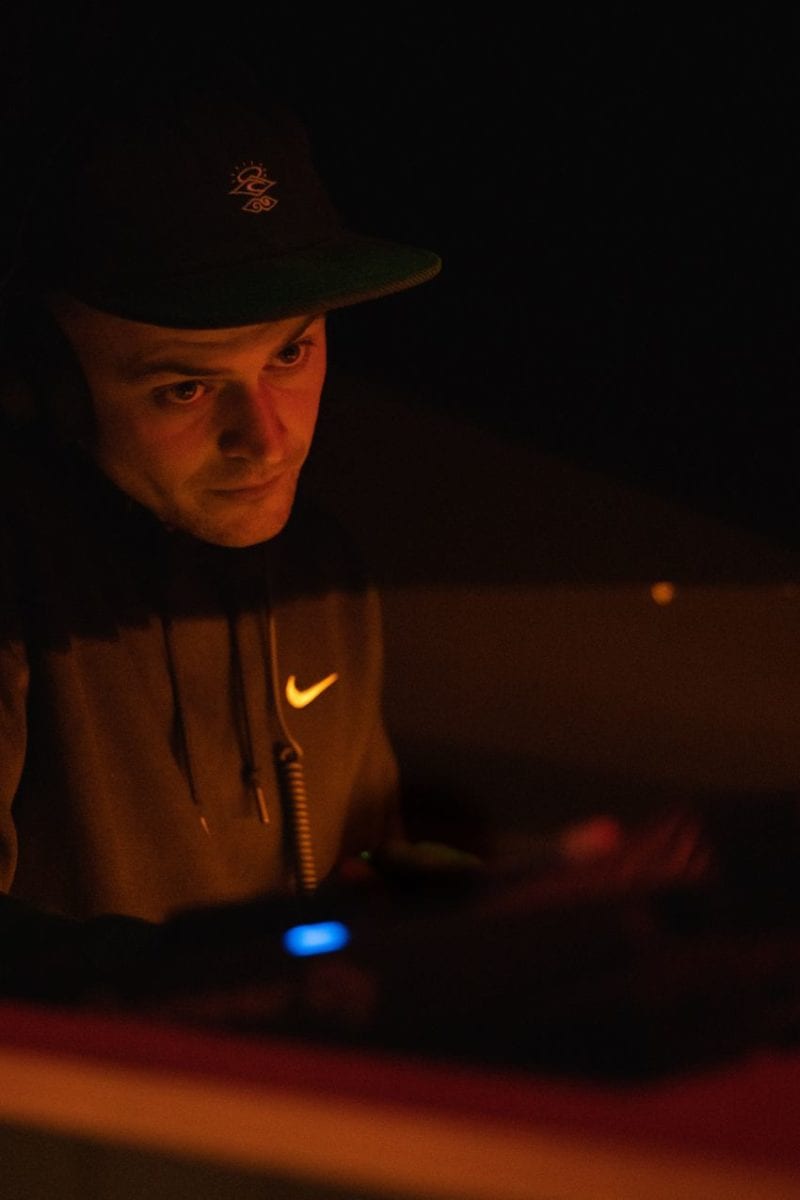 Please can you introduce yourself and give us an introduction to your sound?

My name is Liam Maher and I make music under the alias Minos. In regards to my sound, I suppose I make music that is largely rooted in techno. I try not to get too hung up on genre and tend to make what feels good to me in the moment.

Talk us through your musical heritage?

I first got into music through punk and metal. I was an avid metal head all through my early teens and still am today. As a teenager I played guitar in a few metal bands and also played bass in a funk band. In fact one of major reasons I started collecting records was because I couldn’t find old P-Funk albums on CD.

As I got older and everyone started going to college in various places it became harder to keep bands going so at that stage I got into DJing and began teaching myself the basics of production on Fruity Loops.

I started collecting records at the same stage and began putting on nights in Dublin with my best mate Jamal (Moving Still) and a few other friends in Dublin. We put on parties all the way through college and eventually I started to focus more on production when I did a masters in Music & Media Tech from 2014-2016.

You recently released your first ever record ‘Sorry I’m Late‘ EP on Don’t Be Afraid – tell us about the makings of this, where was it written, over what time period (we assume a long one!) and if you picked up any new tricks producing it?

It was all composed in my home studio over a period of about two years. I was using a combination of software and hardware to make it all. Hardware wise I was primarily using the Elektron Analog Rytm and the Octatrack along with Ableton.

Some of the tracks were made entirely on the Rytm – ‘Aquaplaning‘ and ‘Brown Sauce‘ – with some additional processing and FX/sound design in Ableton and the others were all done in the box using Ableton (Coaxial Drive, Mammoth and They’re Here).

In regards to what I learned from doing it – it was mainly stuff to do with sound design and structuring tracks – the more material I wrote the stronger the songs got. I also utilised quite a bit of probabilistic sequencing on the Elektrons when they introduced that with a firmware update – you can hear it a bit in Brown Sauce and Aquaplaning if you know what you’re looking for!

All of the above resulted in a long gestation period! But I’m happy with how it turned out – it feels very cohesive and sounds just the way I wanted it to. Also, when I got new studio monitors (Adam A7X’s I remixed a lot of the material as they were a significant upgrade in terms of sound quality – definitely the best piece of kit I’ve invested in overall).

How did you go about recording this mix?

I made this mix on a borrowed Serato setup and my Technics 1210’s. The track list includes a lot of old favourites and some newer tracks that I’ve been loving from Irish artists such as The Person. I wanted to put together a bit of everything that has influenced me so there’s a lot of dubstep, techno, electro. It ended up being quite a rhythm heavy mix as that’s what I’ve been drawn to lately.

The mix has a lot of attitude, character and swing, both in the individual tracks and the transitions between. How important is the element of human soul to you in selecting machine-made music and why do you feel this way?

To be honest I can’t say that I’m conscious about that at all when it comes to DJing or putting a mix together. I tend to go with my gut. You can tell when something is a bit over-produced and it just won’t hit as hard on the dancefloor as an old Plus 8 or Downwards record.

I don’t care how a producer puts a track together – something that’s made solely in the box can rock the party just as much as something that’s made with analogue gear. I think the same is true of mixes, too much planning leads to a stagnant feeling. If you’re not surprising or exciting yourself in the mix it’s extremely likely that you’re not surprising or exciting the crowd either. 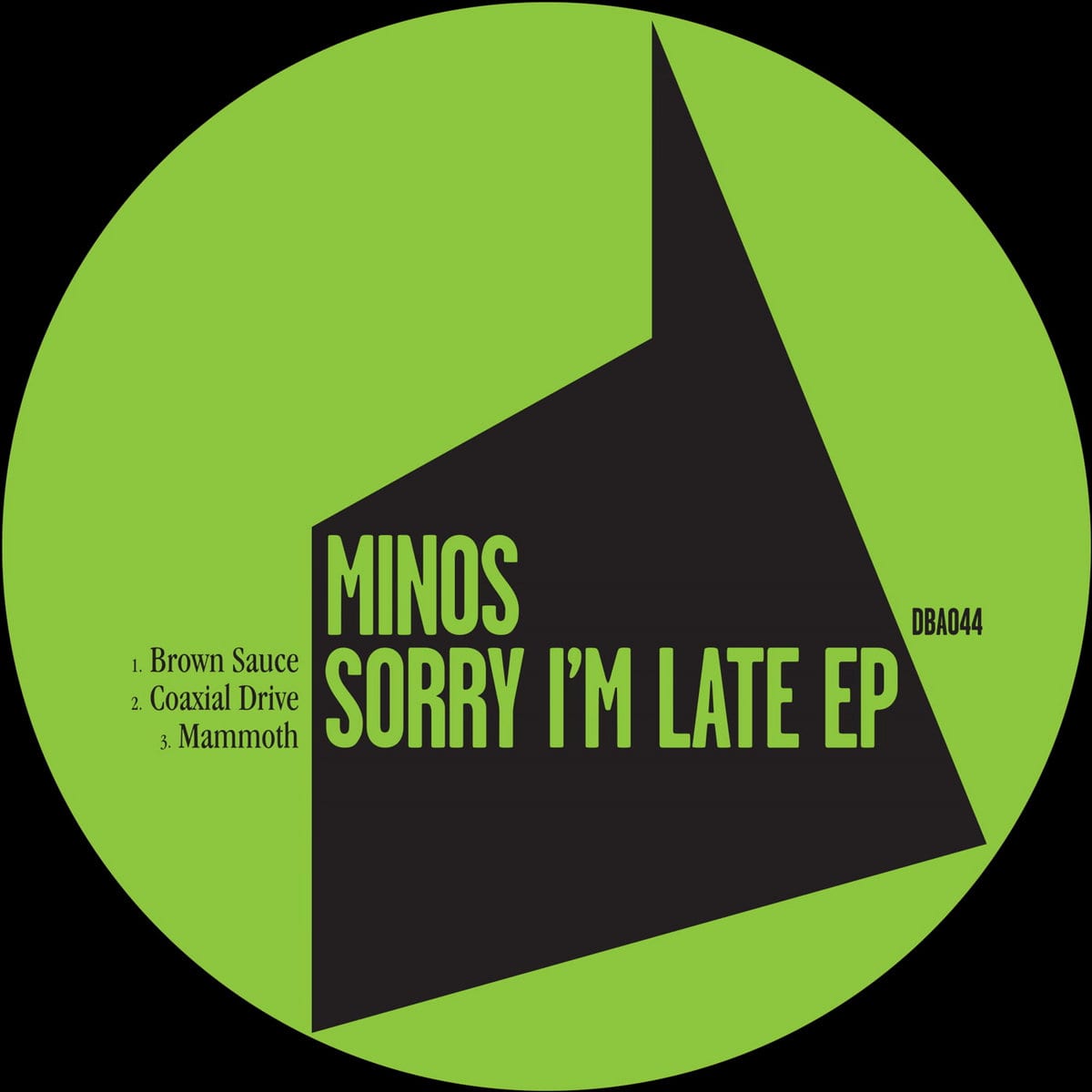 Personally I love the Drexciyan energy in ‘Aquaplaning‘ – it’s a killer track. What did you envision whilst making this?

This was very much one of the rare happy accidents that you sometimes get writing music. I wrote this one evening after work. I had loaded some samples onto the Rytm over the previous few days and just had a jam session over a period of about 3 hours that became Aquaplaning. At the end of it when I felt it had come together properly I sat down and recorded a few takes of it. Then I decided on the best one and that was that! Sometimes putting the work into sorting out your samples pays dividends.

The release features a sterling remix from Claude Young – how did this come about? Who reached out to who and were you in direct contact with each other?

Benji aka Semtek sorted that one out. He got in contact with Claude Young who agreed to the remix. It was a real honour to have one of Detroit’s vanguard producers remix one of my tracks. He did an absolutely killer job too. We had a little bit of direct contact, he’s an absolute gent!

How has growing up in Dublin shaped your musical aesthetic?

Dublin has been largely responsible for the kind of music I’ve made over the past few years in one way or another. I first started producing dance music back when I was about 17 and first started going out to clubs (I’m now 28, so this was back in 2009/2010). Back then there was a lot of dubstep and jungle nights happening in Dublin and I was really drawn to bass heavy music.

During the recession there was a lot more variance in terms of parties and venues, people seemed a lot more willing to try different things when it came to putting on gigs. There used to be a lot of raves happening in small galleries and other places that myself and friends used to play at. They tended to be quite loose genre wise and you’d hear everything from hip hop, garage, grime, house, techno and jungle so you were always exposed to new sounds when you went out.

Can you give us an update about the music scene in Dublin?

The scene in Dublin has definitely been suffering over the past few years for a variety of reasons. We have draconian licensing laws that have been in place since the 1920s/1930s. This means that late night venues tend to close at some stage between 02:30 and 03:30. Venues also have to pay a lot of money to get a license to put on late night gigs.

Between this and a lot of the bigger clubs such as District 8, Hangar, and The Bernard Shaw closing there has been a sense of trepidation from people within the electronic circle as regards the night life in Dublin. There are still a lot of good nights happening if you know where to look, but it has definitely gotten harder to source places to put on small to medium sized gigs in the past few years. I think this has resulted in a lot of safe bookings and a slight lack of variety in the kinds of nights that are happening in Dublin at the minute.

However, there is a lot of good work being done about this with the Give Us The Night campaign, which involves a lot of the Irish electronic community including Sunil Sharpe and R.Kitt. They have really brought more awareness to the issue on a national level. I think things will improve soon. There is always a good party happening somewhere in the city though, and I think a lot of Dubliners tend to be quite down about the city and focus on what the city doesn’t have as opposed to looking at what’s already there in front of them.

You list Jeff Mills and other Detroit pioneers as a big influence. What is it about their sound that made you want to become a part of this community?

I was drawn to the Detroit stuff as it pushed boundaries and sounded like the future. I’m also a massive sci-fi nerd and the Detroit stuff always had that element to it. It also helps that so much of it sounds timeless. Jeff Mills’ Essential Mix from ’98 and Claude Young’s DJ Kick’s mix from ’96 still sound so futuristic and floor me every time I re-listen to them.

How did you get involved with Semtek – and what does it mean to you to release your first record on his imprint Don’t Be Afraid?

I sent Benji a few demos after I made a mixtape of original material for wherethetimegoes a few years ago. He gave me a few pointers on some of the demos and encouraged me to send on more when I had new material written.

I did just that and we had a back and forth going for quite a while. He really pushed me to find my own sound and eventually the material that became ‘Sorry I’m Late‘ started to form. I’m absolutely delighted to be part of such a great label with so many artists that I admire.

Do you plan to release more music on DBA?

‘Sorry I’m Late’ EP is out now on Don’t Be Afraid. Order a vinyl copy from Bandcamp.