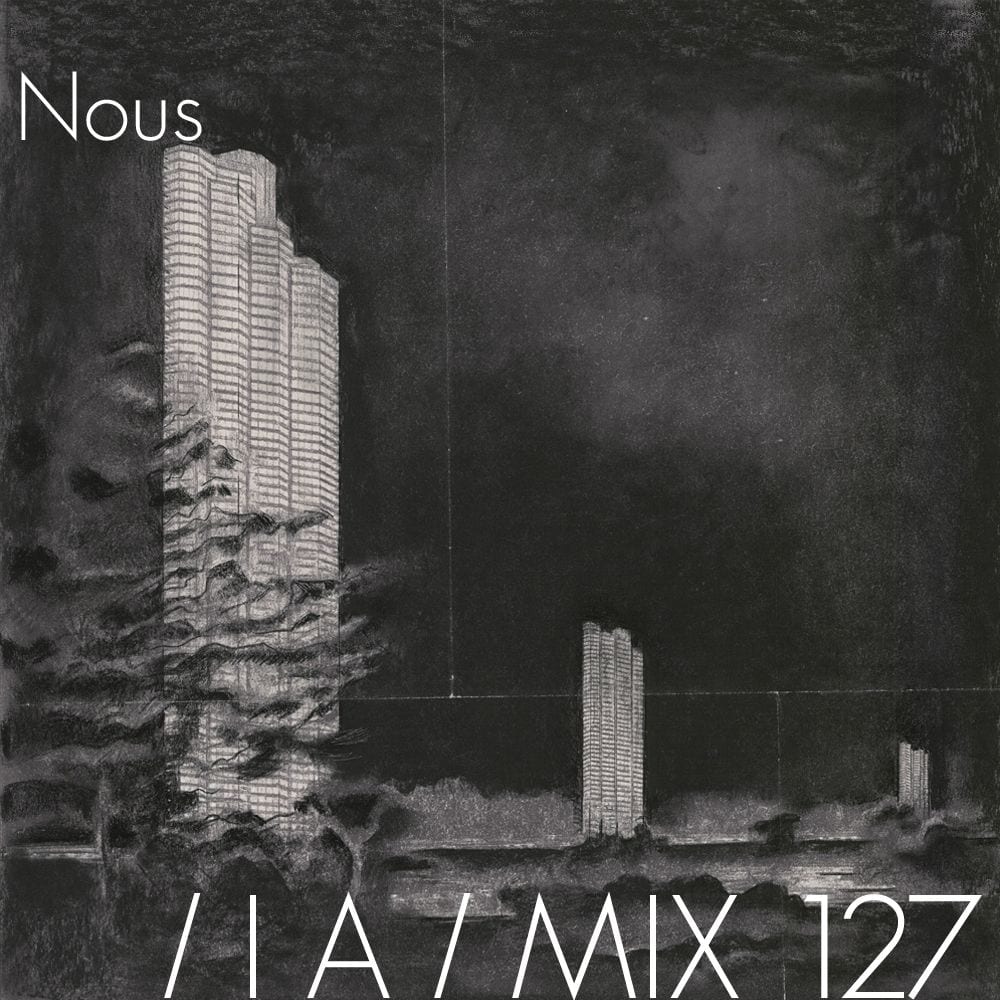 This mix and interview focusses on the Athens / Berlin based record label Nous. Label founder George Mavrikos talks us through the roots of the imprint and the label’s vision. Jose Rico of Downbeat takes the reigns for the mix, as he’s one of the artists scheduled to release an EP with Nous later this year. He is also responsible for mastering Nous’ output.

The Greek word ‘nous’ is most commonly translated as ‘mind’ or ‘intellect’. The one that knows of all things eternal and powerful, separate from all things and yet all things exist within it. Take these philosophical interpretations of the word, combine it with the French pronoun ‘we’ and as a result, you get what George Mavrikos, founder of the record label ‘Nous’ had in mind. “We/Us, getting together as a team, bringing out music and being creative, although working independently, each on our own sector.”

Mavrikos revealed that the label wasn’t at all planned It happened more by chance. “I was working in Athens planetarium at that time and had an idea for a project which was involving music, artists and visuals, specifically planned for the planetarium. I selected the right artists to represent the idea for the planetarium and when the project was finished, it was when I started to think maybe a record label could be a good idea. I came across plenty of new artists and music and a big surprise came when I first heard Miltiades’ music.”

What was originally Mavrikos’ idea eventually brought together four individuals to collaborate and work on different aspects of running the record label.

Miltiades represents Nous with his music, but he’s also running the label alongside George, who looks after artists and repertoire.

“I was tired and a bit bored of listening to the same people having releases over and over again, without wanting to sound like a purist. There’s so much music that’s out there at the moment, which just sounds the same. I try to discover artists that nobody knows, artists that in my heart have something new to say.”

When I first heard Miltiades in a club in Athens, I wondered who he was? When we were introduced and he gave me his tracks, I was shocked that nobody had bothered to give this guy a chance. Seriously… Miltiades’ release ‘Epk.x’ has been very successful; it’s the one that has sold the most copies so far. The whole process of creating his EP was a delight and it was also great that we had Hakim Murphy remixing one of the tracks. Hakim is such a fantastic person; we will work with him again on a new project for the label.

Miltiades is down to earth and he loves what he does so much, we are definitely completely like-minded and close with each other. I really like his work as a DJ as well; I think he has a lot of great quality in what he does and a lot to share.

One of the artists I was already friends with and always wanted to collaborate with was Moon B. I loved his neo-funk productions (Moon B is also known for his releases on Peoples Potential Unlimited and London based imprint, Going Good) and he wanted to create a house project with a different alias, so Vaib-R came together. The remixes were by Route 8, a young artist from Hungary and Athens based producer Retro:grade. I wanted to get unknown remixers to do the work; it really shows that when the music is good, you don’t need big names to support your label.

Route 8 is also the artist on our 3rd release ‘Eleda’, with a remix by DJ Dt89, a German producer based in Offenbach.

Route 8 was sending me music for about 6-7 months, so I finally told him you’re the next release. He suggested the remix to be done by Dj Dt89, who sent me 4 different versions and we chose one of them. I only know his name is Bastien, as we’ve never met each other so far!”

Although Miltiades remains in Athens, George Mavrikos has relocated to Berlin as he felt that certain situations in Athens weren’t working on the right direction he wanted. “The scene in Athens is very small. There are of course labels like Ilias Pitsios’ Echovolt Records / Into The Light, the record store ‘Habeat’ and artists like my good friend Giganta, which I have a lot of faith in, she’s great.

Although there is acceptance from the few supporters in Greece, the label’s audience mostly comes from Germany and the UK at the moment. It’s slightly easier for me to work on the label being based in Berlin. The crowd in Athens is amazing but it’s small, the majority of the clubbers are let’s say uneducated and follow trends that are being ‘served’ to them commercially.

There’s a lot of good will from all the music heads but it’s so small that you can barely survive. I have a few good friends here in Berlin helping me out all the time, and there are also a lot of people that are very happy to guide me around. In the small period of time I’m here, we’ve managed to have an event, got some airtime on Berlin’s Community Radio and met many great artists.

Nous’ releases are definitely not that dance orientated and I don’t want them to have any sort of label on like ‘deep house’. We can all enjoy music with no specific labels, what is house music at this moment anyway? We’re definitely looking to have more events going. The good thing is that we know whom we want to be working with. I like the fact that I have a lot of music to listen to.”

Nous have 4 releases scheduled for 2014, including Spoiled Drama (with an extraordinary remix we can’t reveal yet), Jupiter Jax, Willis Anne and Jose Rico.

Jose Rico of Downbeat is the artist behind this Inverted Audio mix, as he’s one of the artists scheduled to release 4 tracks with Nous this year, including a remix by Miltiades. He is also the one in charge of the label’s mastering processes.

“My connection with the label started when Miltiades mentioned to me he’s looking for a studio to master a few of his releases for a new label called Nous. When I got in touch with George he was really curious and impressed with the sound quality on a few of my releases and in particular, the Semantica 046, a collaboration I had with Chicago based Andres Ordonez aka Specter.

My releases are mastered in my studio, because this is part of the Downbeat organisation. Beat mixing and mastering our sound means that we have the control of the final dynamic of our music. George loved the final result on the first and second Nous release, so I’m also continuing all mastering processes for the label.”

Jose Rico has been involved in Madrid’s electronic scene for years, switching roles within the scene and trying different projects from club bookings to hosting radio shows. He originally started a club night called ‘Downbeat’ with his friends Alfonso (F-on) and Urtzi, it eventually transformed into a record label in 2009.

Downbeat’s essence was to bring out slower beat music they loved, music they couldn’t really hear on Spanish dance floors. The label brought out releases from Juju & Jordash, Mike Huckaby, Specter and Jose Rico himself and it managed to showcase the magic of deepness into an audience that wasn’t used to it.

Discover more about Jose Rico and Nous on Inverted Audio.