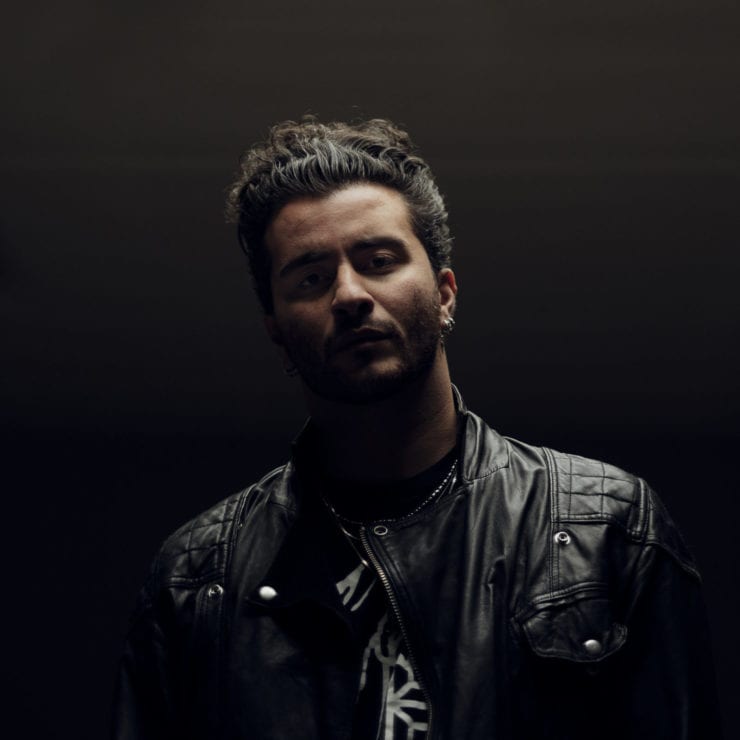 His name may sound familiar to some and completely foreign to others, but Dutch DJ Reza Athar has slowly built a solid reputation across Europe as both a sure-handed groove manipulator and imaginative sound collagist, pacing some of the most reputed events and institutions including Cocktail d’Amore, the late Trouw, Red Light Radio, his local Nijmegen hotspot De Plak and more.

Stepping up today in our mix series at number 298, Reza serves up a polyamorous blender of styles and tempo, steering far, far away from the no-nonsense 4/4 galaxy to settle halfway guitar-strewn psychedelia, kosmische-informed keyboard motifs, tribal jams and cross-pollinated ’80s synth-pop and exotica hybrids.

Eager to learn more about his approach towards DJing, we caught up with Reza to discuss a wide array of existential and – obviously – music-related matters, from his beginnings in the realm of electronic music to his new life as a proud father, through his hatred for all kind of didactic relationship between DJs and crowds and fond nightlife memories at Trouw, amongst other things. Tune in! First things first, thank you for this vibey mix. Please tell us more about it, when and how was it recorded?

Thanks a lot for the compliment, man, and thanks for having me on your mix series. I don’t really have a plan when it comes to recording a mix to be honest. Just the tracks that I feel the most at the moment and trying to mix them in a nice and soothing way.

I guess that the main difference with the other mixes I did recently is the tempo. It’s more downtempo and, as you said, more vibey. It consists of music from artists I like and love listening to a lot at the moment.

I usually record my mixes at home, but recently my CDJ 800s have had some issues with playing wav and other format. I guess it comes with the age of the CD player, so I had to ask the local club De Plak if it was possible to record it there and, luckily for me, they very nicely allowed me to do it.

You’ve made a name for yourself DJing across Europe at some of the most reputed nights and clubs, earning a position as a regular at Berlin’s highly-rated Cocktail d’Amore. How did it all start for you in the realm of electronic music? What prompted you to become a DJ?

Well I am still a nobody to be honest. But it’s cool to play for my club night Cocktail d’Amore. The place is absolutely magic. I’ve already spoken a lot about the vibe there, but I guess you have to visit it to experience it yourself. The selection of people, the sound system, the DJs you play with, everything is in balance and creates the right atmosphere to lose yourself into music.

And, well, I started DJing because I liked to hear the music I loved in a club, and I didn’t get to hear it being played anywhere in my hometown of Nijmegen. I was always nagging DJs about the music, and when they got pissed off they told me that I should start DJing myself, instead of constantly crying about it. So I took their advice and started playing around 10 years ago.

Your biography states “Reza believes in moods and atmospheres rather than genres – mind & body dancing is the biggest precedence in his musical philosophy and sets.” How do you usually approach your sets philosophically and technically speaking? What’s your selection process like?

(Laughs) Did it really say that? That’s poetic! Well, I guess it still counts for me – at least the atmosphere part. I still believe in moods rather than genre. Labelling yourself as a DJ of a certain genre is just giving yourself a handicap. It’s a great tool for lazy bookers to help get you booked I suppose, but it doesn’t work for me.

I guess I have become more experienced. I don’t believe in just a single way, or my own personal way, to create an atmosphere during a night. I select music I like, and the only balance I think about is to be aware of not only going one direction. I hate going one direction during a set, and what I hate even more is seeing myself as an educator.

DJs who see themselves as educators really get on my nerves. You are getting booked to make people dance in almost every case. Of course you have to inject personality in your sets, but don’t stick to only one plan for the night; approach it with more flexibility and open yourself to the crowd.

What helps me in selecting music is to imagine it being played in a dark room or wherever you could be playing it, and what time period you see yourself playing it, without planning your set too much.

What was the most memorable night/event you ever played, and what do you recall from it?

That’s a tough question. I think that has to be in the final days of Trouw (RIP). Olaf Boswijk (the booker) decided to open up the secret room in the building just a few days before their last weekender and he asked me to come and play there for the second time.

I said yes, but I was shitting my pants. I made a plan about what direction I’d like to go during my set at Trouw, but once I was standing there I thought f*ck it. I’m going to go with the flow, and that made it an emotional ride.

Oh… and everytime I play Cocktail d’Amore parties I feel privileged to play there. It’s always a magical adventure to play in the main room of Cocktail and always recalls me why I have come to cherish these gigs and moments. 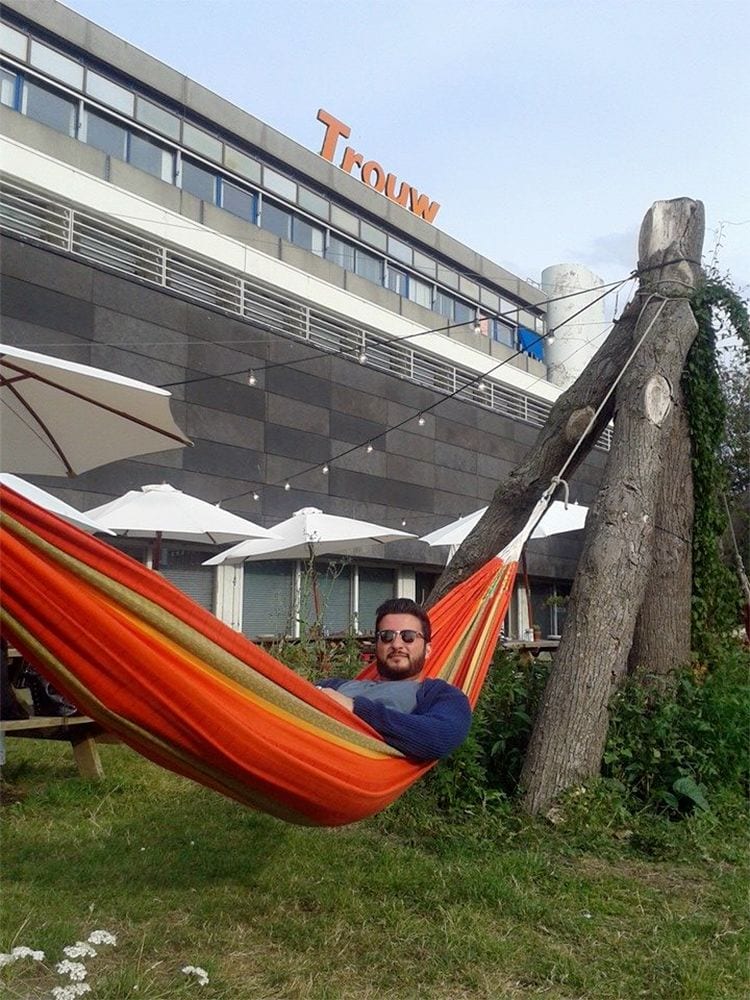 Aside from your activities as a DJ, do you also happen to produce music yourself?

Not really to be honest. I have been invited to studios a couple of times, but I hate the process of learning a new discipline and I don’t have the patience to brew something and make something completely new on my own. Some like to call that lazy, and I guess I am lazy when it comes to production.

Which artists do you particularly look up to and why?

There are so many cool (new) producers I enjoy listening. People like Weird Weather, Bullion, Cardopusher, Golden Bug, Sharif Laffrey, Odopt, Thool, Jonny Rock, Lipelis, Justin Cudmore are making music I enjoy listening to and I love playing their records.

When it comes to DJs, Hunee never fails to surprise me and he takes risks in a way that keeps the crowd comfortable listening at and dancing to the music he plays. He is on top of his game at the moment.

I also love seeing Vladimir Ivkovic and Manfredas being recognised for their approach to the dancefloor. Jane Fitz is also a DJ I feel connected to. I have never seen Kenji Takimi play live, but I really enjoy listening to his sets. Same goes for Craig Richards.

You are operating out of Nijmegen in the Netherlands, not far from the German border. What’s the scene like?

Nijmegen used to be the underground spot outside Amsterdam, with a punk attitude and dedicated crowd. Over the years the scene got more professional and that’s a good thing to keep things healthy. You have promoters like Drift and Subcultuur that promote events for larger audiences and bring refreshing acts, and of course well-known names to the city.

But when it comes to club culture, something Nijmegen was always praised and loved for, even by international DJs, things have changed a lot. The city misses a good club with a weekly programme and a clear vision.

So if you have money to spend and like to invest in a cultural spot, please come to Nijmegen, start a club for 300/400 people and you won’t be disappointed!

My son. All the clichés come true when it comes to having a kid. You become a softy, you start seeing people less, you start going out less too. But when you see the smile of your son and see him learning new things day after day, it makes you realise what’s important at the end of the day.

It creates a natural filter of what’s important and what you could leave behind in life. That might sound a bit melancholic, but having a kid makes you put a lot of side issues in perspective.

Other things that make me happy are surprising things students tell me during the lessons. As from this year I have become a teacher at a secondary vocational school, and it’s the best move I could have possibly made. I get surprised and touched everyday at work.

In search of happiness, drinking less alcohol, stopping the use of drugs, eating healthier, walking more and sleeping earlier helped me a lot getting closer to happiness as well and I would recommend everybody to do the same. The club scene is tough and you need to take care of yourself (now I sound even older!).

I do not get pissed off that often. There are things that make me laugh though. The Brexit soap is really hilarious at the moment. Oh, and educating DJs as I mentioned earlier. People who take themselves too seriously in general.

That was my friend Simon’s record store Phonica in London. A lovely shop with an amazing collection of electronic records.

Well, because having a son costs a lot of time and becoming a teacher requires the same amount of time and energy, 2018 have been on hold for me musically speaking.

In 2019 I’ll be aiming to play more shows and give some sign of life more often. There are plans for starting a label, but nothing concrete to communicate about as we speak. There are also tours across the world in the making but again, too soon to tell people about it.

What I can tell is that I have become a proud resident of Malam in Bochum. A city not so far from the Dutch border. Malam has a lovely crew and they know how to throw a party. So I am looking forward to playing with and for them.

Of course I will run my residency a couple of times a year at De Plak. The nastiest and steamiest basement of Nijmegen with the craziest crowd in town!