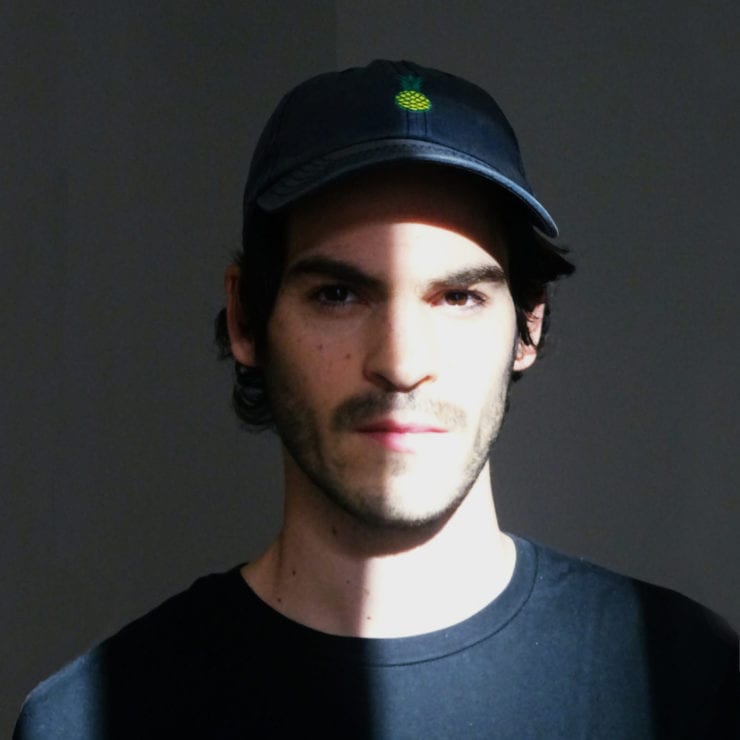 If his first appearance on Nic Tasker’s ever-effervescing Whities imprint – a split 12″ alongside Bristol bass/breaksy tech don Laksa, made the effect of a bomb in late 2018, the best is ahead for Nummer’s Emmanuel Corre new project, E-Talking.

Swerving from the slo-burning, atmospheric appeal of his sonic excursions in duo with Silvère Letellier, Corre gives full vent to his taste for adrenaline-fuelled, no-nonsense floor ordnance – unlimitedly bouncy and playful, stomping and euphoric.

Packed with the kind of pacey acid swing and hi-energy tribal vibrations that made the 90s rave sound an endless source of inspiration for contemporary producers and DJs, E-Talking’s debut IA mix makes for a tirelessly impressive hour-long artistic manifesto that keeps on giving, bar after bar, up until the light goes back on and the cleaning staff picks up the torch. An end-to-end banging masterclass. 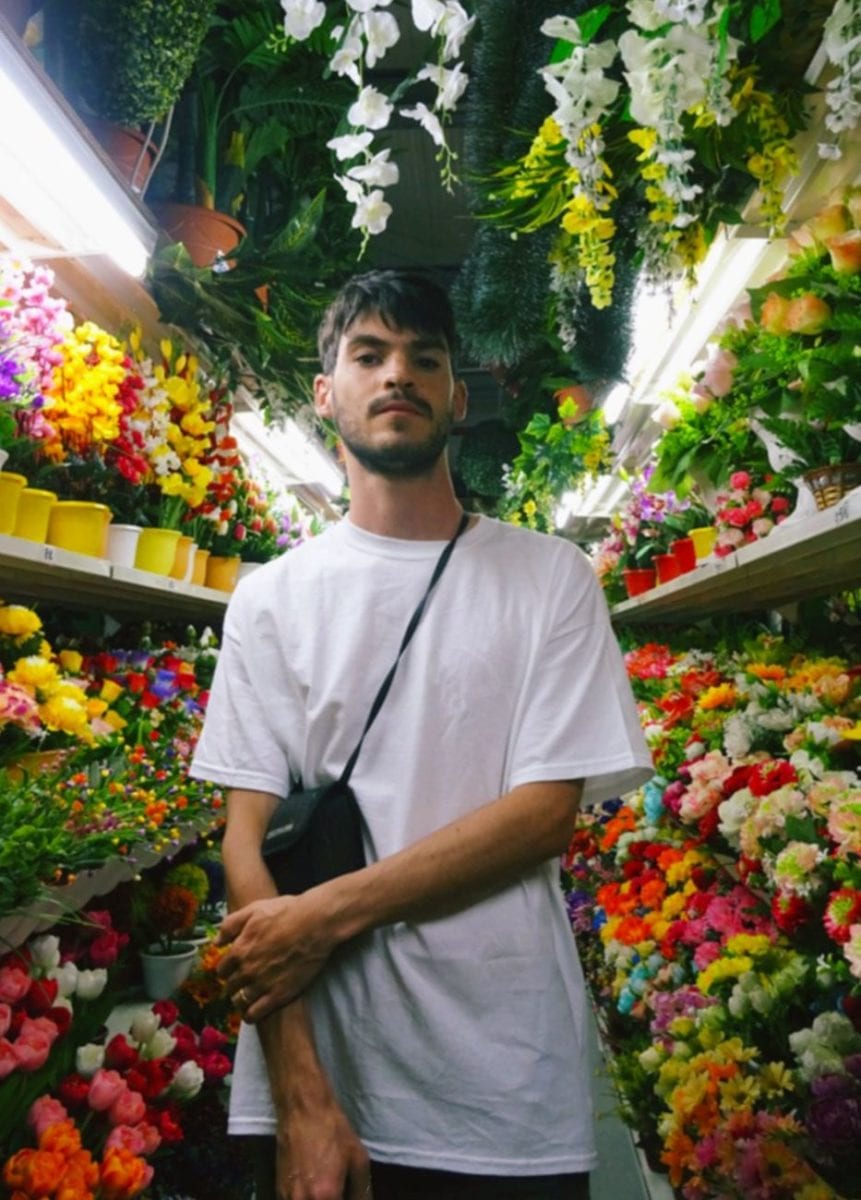 Hey Manu, first and foremost, thanks for that killer mix! Can you please tell us more about its making? When and how was it recorded?

Hey Baptiste, thanks for having me here! I recorded the mix back in January at home and decided to make a collage of tracks that I had been collecting off CD and vinyl rips as well as edits that I made myself. I cut and edited everything on Logic and created this one hour “megamix” that I dubbed with some 909 patterns and breaks recorded at the studio.

I like playing around with these patterns as they always add consistency to the mix while also tightening it. They create an almost unnoticeable common thread throughout the recording and add the low-end 1990s tracks are sometimes missing. I feel like they can really make a difference on a decent sound-system.

To those not familiar yet, E-Talking is your new solo project and it’s a damn exciting one – your debut split 12″ featuring Laksa on Whities a few months ago is here to attest. Having mainly made a name for yourself through the Nummer duo alongside longtime partner in crime Silvère, E-Talking marks a clear swerve towards further out-there bassy, electroid tendencies. What’s been the starting point to this new reflection in your work?

I have always been attracted to a lot of different styles and genres, so this new project is for me a way to funnel my affection for “big room” tracks, heavy basslines and thumping kicks.

The music that I have been making with Silvère represents one side of my personality, a more tamed one I suppose; but with this project, I’m able to test my own limits and explore new dimensions, which I find quite exciting.

Guess the name’s a rather clear nod to Soulwax’s classic eponymous tune. Do you feel there’s a connection between the Belgian duo’s approach to mashups and bootlegs and your music as E-Talking? Or was it just because it’s a cool production alias?

Believe it or not, even though I grew up with their ‘As Heard On Radio Soulwax‘ series and absolutely loved the ‘Nite Versions‘ album when it came out, I didn’t actually choose the name in direct reference to Soulwax…!

I can’t deny it might have been a subconscious decision to go with this alias though, as I definitely reflect on their musical approach and the wide variety in their taste.

Do you already have plans for new releases in 2019? Some you can tell us about yet?

At the minute I haven’t sent any new music to labels as I’m still working out on a lot of different tracks, and trying to decide whether I should release them myself or find a new home for them.

I have learnt in the last few years that I shouldn’t rush and release tracks for the sake of it. I would much rather wait until I am fully satisfied with my productions, no matter how long this takes. 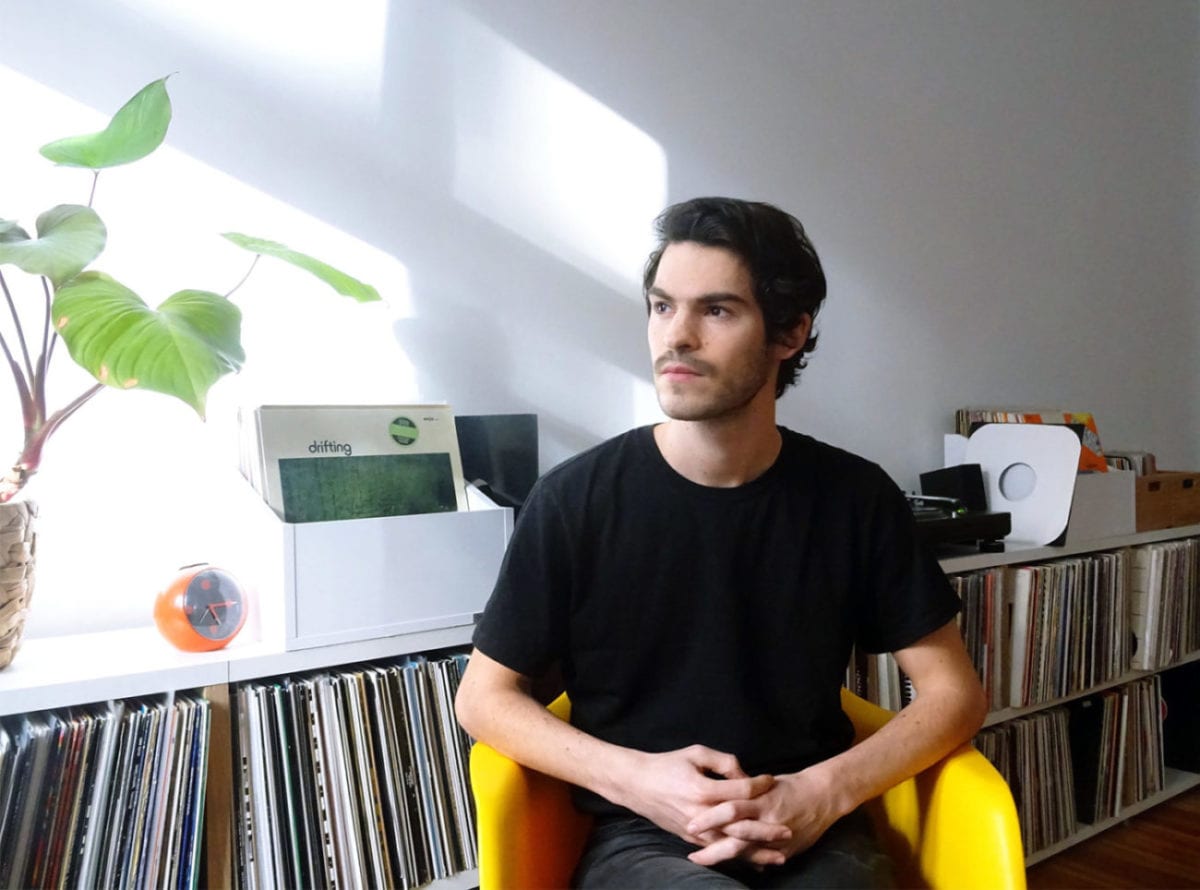 Let’s trace back to the roots of it all. What was your first experience with electronic music?

When ‘Around the World‘ from Daft Punk was showing on French TV, I must have been 7 or 8 years old and I was quite obsessed with this tune. The clip alone was weird, mesmerising and beautifully orchestrated by Michel Gondry’s genius!

Obviously it’s not until later that I understood the power and singularity of Daft Punk’s Homework but already as a kid it got me dancing.

Do you recall hearing a life-changing record, attending a particular gig or basically any founding memory that have had you saying “Man, that’s it! That’s what I want to do!”?

Well as mentioned just now, ‘Homework‘ definitely set the standards for me. The day I understood where those hi-hats were all coming from the 909, it was groundbreaking. In my early 20s, when I started making music with Silvère and figuring out where the sounds I was hearing in these 90s classics came from, I got really excited.

A good example would be the day I found out how the swing/shuffle on drum machines worked. I kept on hearing it on Boo Williams’ productions on Relief Records and thought “Damn, where does he get this groove from?!”. When I figured it out, I was just so happy, I recall actually naming a track ‘Revolution Swing‘ back then as an homage (laughs).

I think all these little discoveries through the endless learning curve of making music happen naturally and like a researcher, they get me going. I don’t think I ever saw myself becoming a DJ or a producer though, it all happened without even me realising! I just surfed the (sine) wave and followed my passion.

Some hand-picked old school synths and drum machines, a nice 24 channel Mackie mixer as well as a handful of FXs and sound-processing units. Let’s not forget the lovely subwoofer we got just after getting the studio. It made such a massive difference in the way I make music, it was incredible!

For the first time I could hear the full spectrum of frequencies in my tracks, which really was eye-opening (or should I say ear-opening?). Having this sort of power in the low ends was also a good way to not spoil them and/or overdo them, it definitely taught me precision.

Whilst you switched monikers and came to forging a new type of club-optimised sound, I guess you got to change some of your studio habits and gear as well. What new pieces of equipment did you incorporate that you never used with Nummer?

In fact I didn’t change anything, I have been using exactly the same gear on this project, the only difference being that I allow myself to spend a lot more time working on the mixing and EQing than when producing as Nummer.

Being alone in the studio enabled me to try new things and experiment further with FXs and synths, to get club-ready productions.

Which artists do you particularly look up to these days?

In terms of pure electronic music, I would say Djrum is probably out there on his own planet, he’s on another level. Vakula is also a huge inspiration, for his versatility and production skills, not many artists nowadays have such warmth and clarity in their mixing. Both are excellent DJs too! 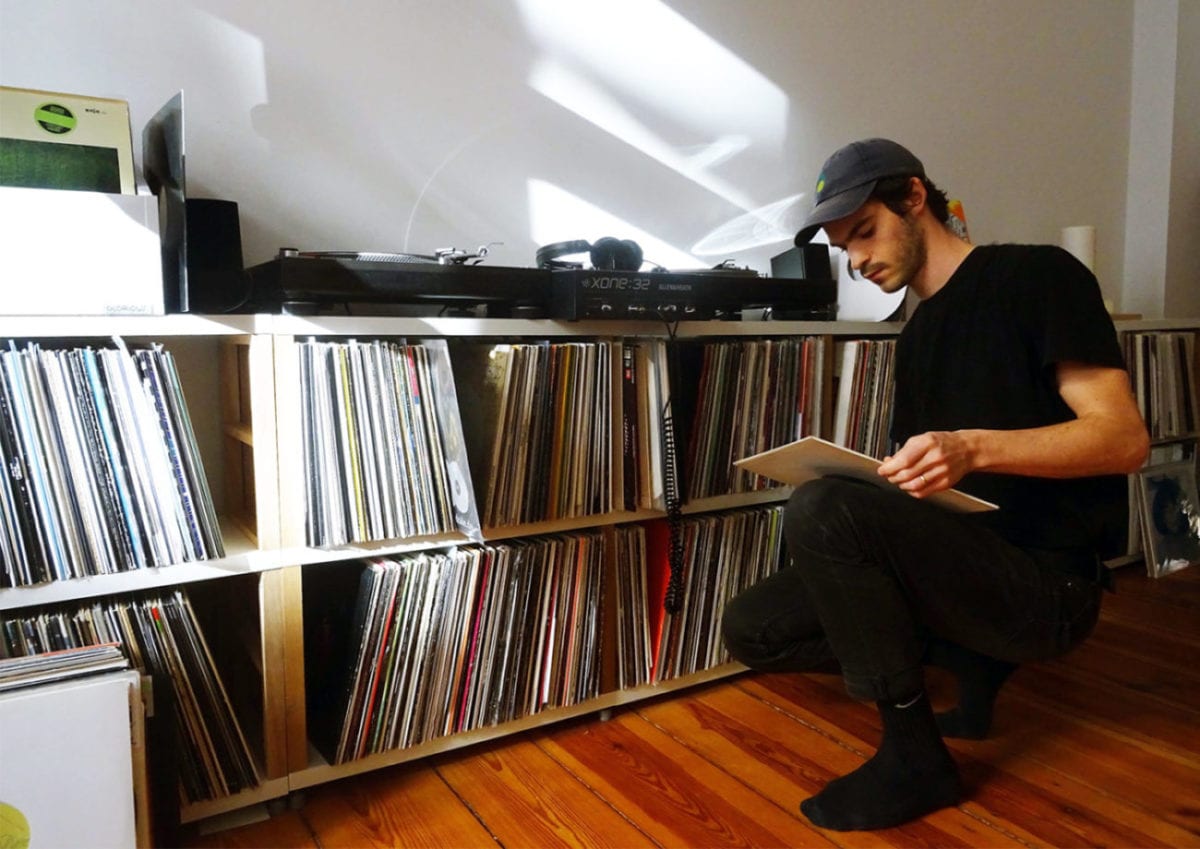 You relocated to Berlin a couple years ago, after living in London for years. What did it change for you artistically speaking?

After moving to Berlin after nearly 6 years in London, I realised how much London / the English culture opened me up musically. I worked a couple of years behind the counter at Kristina Records and there I met a lot of inspiring DJs and producers digging into a really wide array of genres.

These encounters had a strong influence on the way I now make / play / buy music. It changed my approach and vision on a lot of things, I realised you could mix anything with anything as long as you’re owning up to it.

So moving to Berlin was a bit of a shock at first as some people out here are a bit stuck up in their own techno bubble, taking it slightly too seriously sometimes.

I remember playing a techno set at Chalet a few years ago. In the middle of the mix I slipped in a kind of more electro track and within seconds this guy comes up to me saying: “I’d prefer it if you only played 4/4”. It took me a while to find the right places to go out but after three years in Berlin I feel like I have!

My favourite record shop in Berlin is just a few meters away from my house, which is equally convenient and dangerous. It’s called Galactic Supermarket and they have a great selection of Kraut, Ambient and Jazz. I rarely leave the place empty-handed.

In terms of clubs, I’ve always had a soft spot for Griessmuehle, and most especially for the incredible ‘Wax Treatment’ parties on Sunday evenings. They take out the now legendary Killasan sound-system and invite DJs to play bass-heavy sets, it’s a real treat.

One of the most memorable times I had there was to see Shackleton play live on this system, everyone facing the wall of sound and dancing to it, it was something else!

Otherwise I usually prefer to hang around smaller venues, I like the low-key / intimate feel in the Ziegrastr. “clubs” (Sounds, Schrippe, Internet Explorer etc.) for example.

I went to Skydiver Records in Melbourne last week and got myself a cool EP, ‘Heiraten Und Mehr‘ by Heilige 3 Könige on Mond Musik. Kind of ironic that I had to travel to Australia to get my hands on a German 12”!

What’s your definition of a good day?

Hiking in the mountains with my wife.

A really bad one?

I’m currently in Australia until early April and about to fly off to Tasmania for a week! Once I’m back from there, I’ll be playing a few shows with Silvère in Melbourne and Sydney, really excited about these.

Discover more about E-Talking and Whities on Inverted Audio.