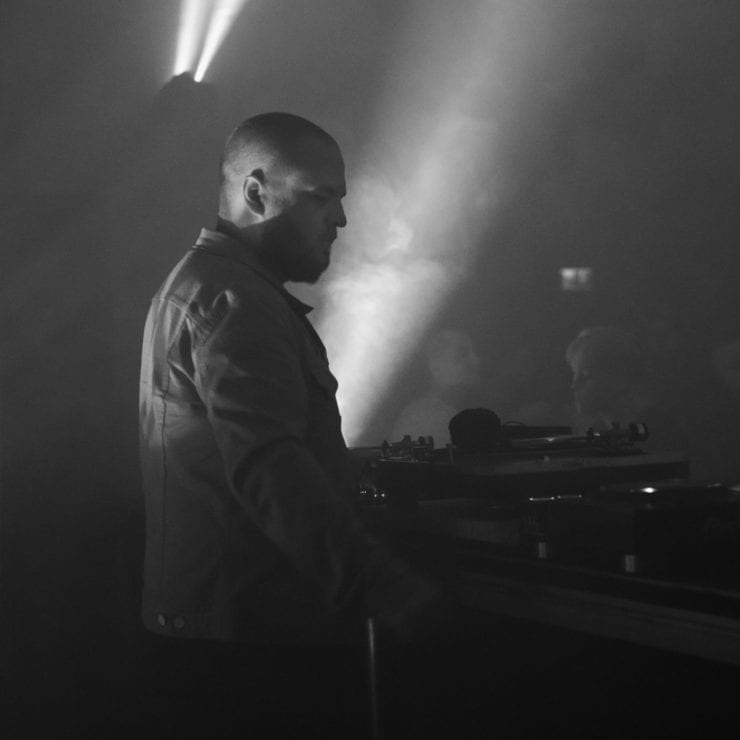 Spinning wax since 1996 and pushing forward with his own rivet-ingly alive studio blends since 2001, Mika Hallbäck swapped monikers ten years later to reawaken his creativity and club-ready genius: the rugged, pounding 4/4 roughhousing of his Grovskopa persona, which first helped him foray into the international scene, then made way for the more subtly nuanced techno and house hybrids of Rivet.

With past releases including some absolutely epic slabs for the likes of Swedish staples Skudge and Kontra-Musik, the influence of Hallbäck never flagged, earning him a reputation of deft groove juggler and equally gifted producer altogether. Exploring the further punk, DIY side of the late ’70s-80s musical continuum through his own label, Kess Kill, Mika sure isn’t the kind of man to rest on his – hard-earned – laurels, and his mix delivery for IA is the best proof of that.

We are proud to welcome Mika to the fold with a special recreation of the best of his three sets at this year’s edition of Malmö’s finest, Intonal Festival – a jagged ride across varied sonic territories, from EBM to no wave, through Italo and industrial. Tune in for a serious treat, and don’t forget to take a read through our interview below, which includes some exclusive Kess Kill announcements and much captivating insight into Hallbäck’s craft and art. 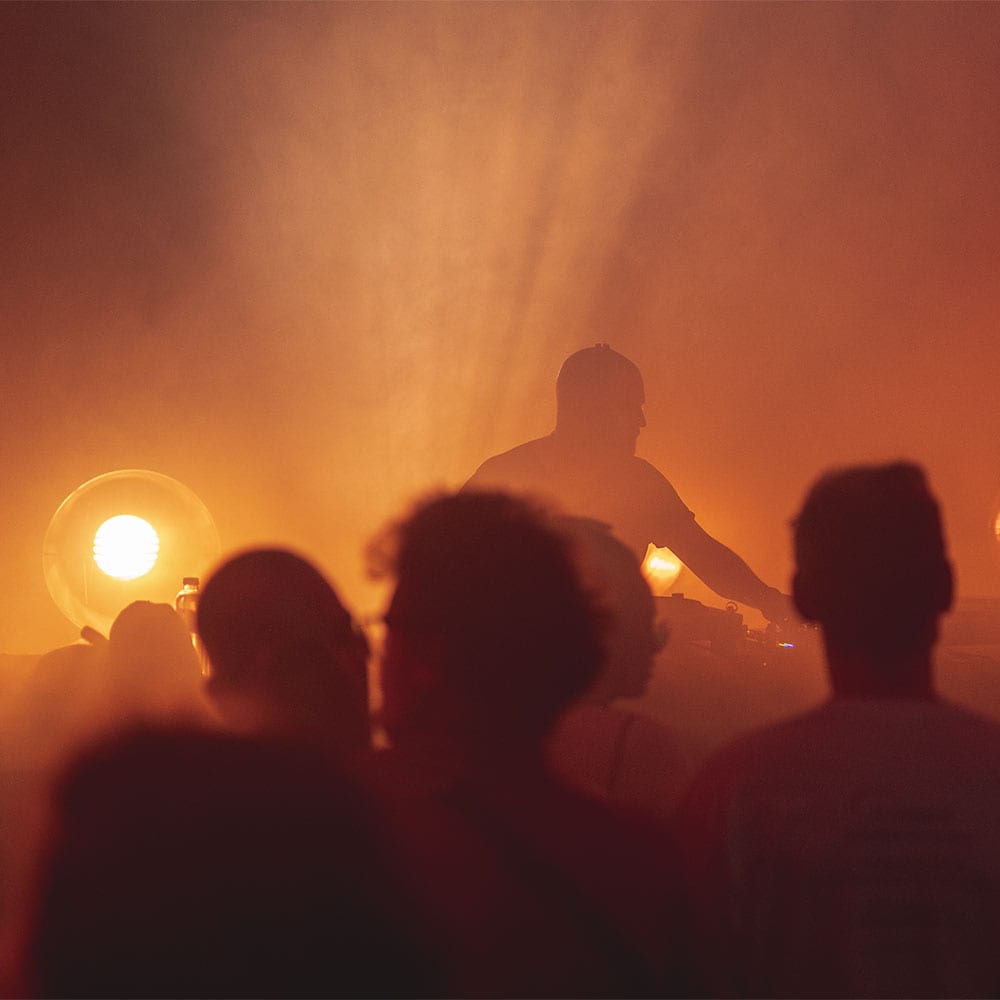 Hey Mika, thanks for providing us with this killer mix! It’s a recreation of the set you played at this year’s edition of Intonal Festival in Malmö, right? Please tell us more about the gig and your memories from the night.

I played at Intonal three times this year. First I did an all-nighter at the pre-party with my friend Kanyl, then an ambient vinyl set on the roof by the canal, and this final set in the mighty Black Box on Saturday night.

It was one of those nights where everything just clicked into place and it becomes an ethereal experience. Cliché but true. I only had an hour long slot, so I tried to get myself really pumped beforehand as it normally takes me about 30 min to get “warm”. I managed to and the flow was there from the first minute.

Additionally, just before the set I learnt that there would be this amazing performance by Antonio Branco and Riccardo T where they lick each other’s naked bodies and cover with leaf gold. It was just too good to be true, couldn’t imagine a better element to complement the music. Sweaty sexy bliss. I’m getting goosebumps just thinking about it.

Unfortunately, the recording came out saturated beyond recognition…and as a lot of people have been asking me for it, I felt I needed to at least try to recreate it. I think it came close enough, even though I had to leave out two tracks simply because I couldn’t get as strong a flow at home as I did on the night.

You’re a local boy, born and raised in Malmö. What is so special about playing in your home town?

I started DJing in 1996, and was playing in Sweden frequently during the first 3-4 years. But when I got deeper into the industrial techno scene, local interest quickly faded. Fortunately I started DJing abroad during that same time, but there were like 10 years when I didn’t play in Sweden at all.

When I reinvented myself as Rivet in 2011, I got into the local gaze again and started getting booked regularly. Since then it’s just become better by the day. Right now I honestly can’t name a place where I feel more appreciation from the crowd. It’s almost too good to be true.

Malmö’s underground scene has proven particularly active in recent years, especially thanks to the efforts of people like Ulf Eriksson, boss of Kontra-Musik and founder of Intonal Festival who’s helped shed broader light on the artists and structures from the Malmö area.

From the inside, how do you perceive this artistic emulation/evolution?

Malmö is mad – cultural capital of Sweden. And you got that right, it’s down to just a few really passionate souls. Intonal should be impossible in a city of only 300 000 people, but somehow it isn’t. I have huge respect for Ulf Eriksson and his peers.

In what ways do you think Intonal has helped reshape the Swedish festival landscape?

Intonal is a one of a kind festival, and is a perfect example of how passion always trumps sense.

Let’s get into the technical side of things, what’s your studio set-up comprised of currently?

I started making music with an Atari ST and some random gear, but quickly switched to ReBirth when it came out in 1999. Since then software has been my preferred gear and still is.

I do have some hardware, but to be honest I just end up dubbing it with software and in the end ditching the hardware altogether… The computer’s become too much of my expression to ever be replaced by gear, I think.

As for DJing I was a bit late to leave vinyl for the CDJ train, but these days I just do the standard Xone92 and 3-4 CDJs. There are definitely more possibilities with digital DJing, but it took a while to learn how to make relevant use of it.

What’s the first piece of gear you switch on when you hit the studio? 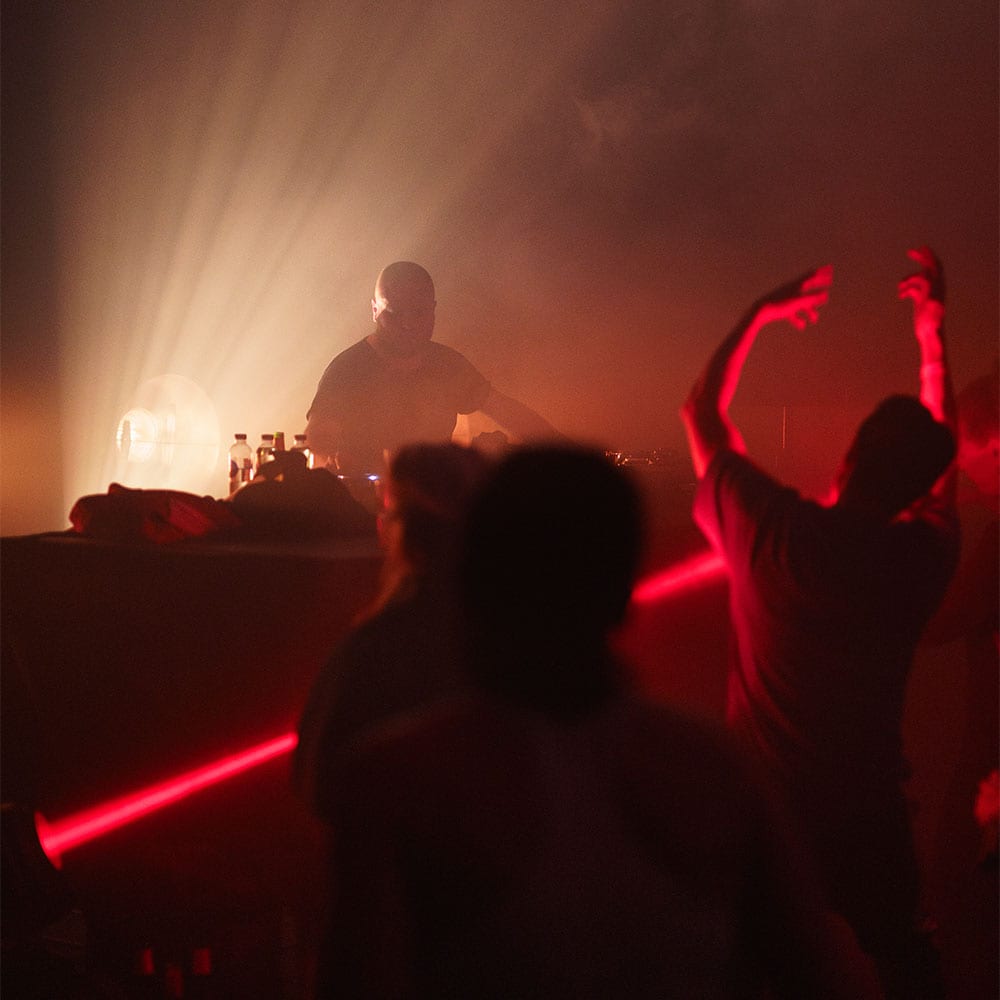 It’s been two years since you last released a record. Do you have some new material on the way this year?

Yes I’ve had a hard few years starting out with the death of my Father in 2014, continuing with several heavy family related issues, which made me fall out of music making. I’m finally getting back into it and am working on my first EP on Kess Kill at this moment.

What are your aims and aspirations for your record label?

It’s something I wanted to do for a very long time before I actually launched it. There simply wasn’t enough music (at least to my knowledge) in the style I aimed for.

I want to create an alternate timeline of 1979-1989 where body/NDW doesn’t morph into EBM/electro but evolves with the punk element intact. So geeky, but I’m a geek.

The label’s freshest release is an EP from Piska Power, who’s a real boundary pusher and unique sound designer. What is it that attracted you to his music?

Yes just did that limited C33 tape. He’s extremely productive and has been showering me with demos for years, and I’ve always liked it. But as it’s also very very headsy and crudely minimal, I thought a cassette would be an appropriate format. One for the geeks.

Are there more releases lined up on the label in the coming months?

And many more, if I can somehow afford to! Vinyl sure isn’t a lucrative business, if a business at all!

It would be Malmö’s legendary institution Skivesset (est 1962). I know it’s a bit sad and strategic but I bagged the Scott Walker records I was missing (Drift and Soused). There’s always the window of time when the sad news hit the street, where you gotta act if you don’t wanna feed the opportunists.

I don’t visit stores enough these days, became lazy with the ease and very gratifying feeling of support of Bandcamp. I love that platform!

How would I possibly answer this without cringe overload? I need to at least try and keep my overly serious DJ facade!

Systemic injustice hitting the weakest in society. I live in an extremely privileged country, but the ones at the very bottom (such as the severely disabled and ill) who can’t/won’t speak up are “forgotten”.

Did you hear about Eric Torell in 2018? That makes me fume. Don’t put guns in any hands, police nor gangsters. Guns do kill people, how many times will it happen before we realise and act?

Apart from the label related issues I don’t do much planning, I stopped doing that with my motorbike accident in 2010. Just trying to get through the day! I don’t mean that in a dark and depressed way, it’s a very nice way to live life!

Discover more about Rivet and Kess Kill on Inverted Audio.