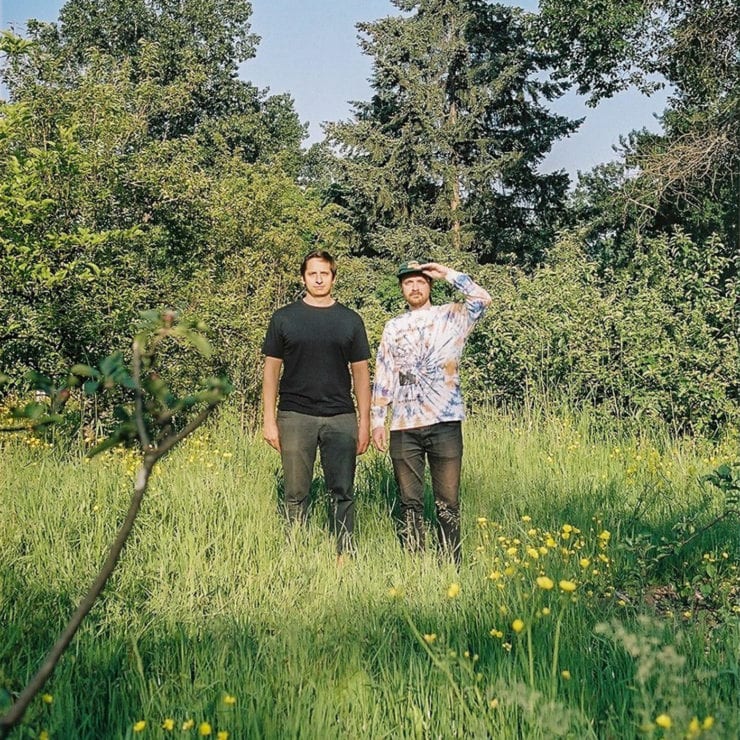 If Vancouver has undoubtedly become the capital for jazzed-up, feel good house over the last decade, as championed by the likes of Mood Hut, Pacific Rhythm and the late 1080p, it’s also true that the Canadian Riviera has seen a quality techno scene surface in parallel, driven by a handful ambitious acts and outfits.

Key component of this new wave of talents that’s been flying the Jolly Roger of a more muscular, big-room friendly sound in the British Columbian metropolis, Zach Treble and Hunter Cheveldave, alias 1800HaightStreet, landed their debut twelve away from home, directly hitting European grounds in 2015 with ‘The Pursuit‘ on Asquith’s then blooming Lobster Theremin imprint – a label they’ve kept providing with their idiosyncratically nostalgic, smashing floor epics for the past four years.

Fresh off their outstanding new slab for the Lobster’s black label series, ‘Confess‘, Zach and Hunter step up in our mix series to give us a taste of the invigoratingly fresh techno breeze that’s been blowing across Vancouver’s dance floors as of late. Enjoy the trip and head below to find out more about the duo’s raison d’être. 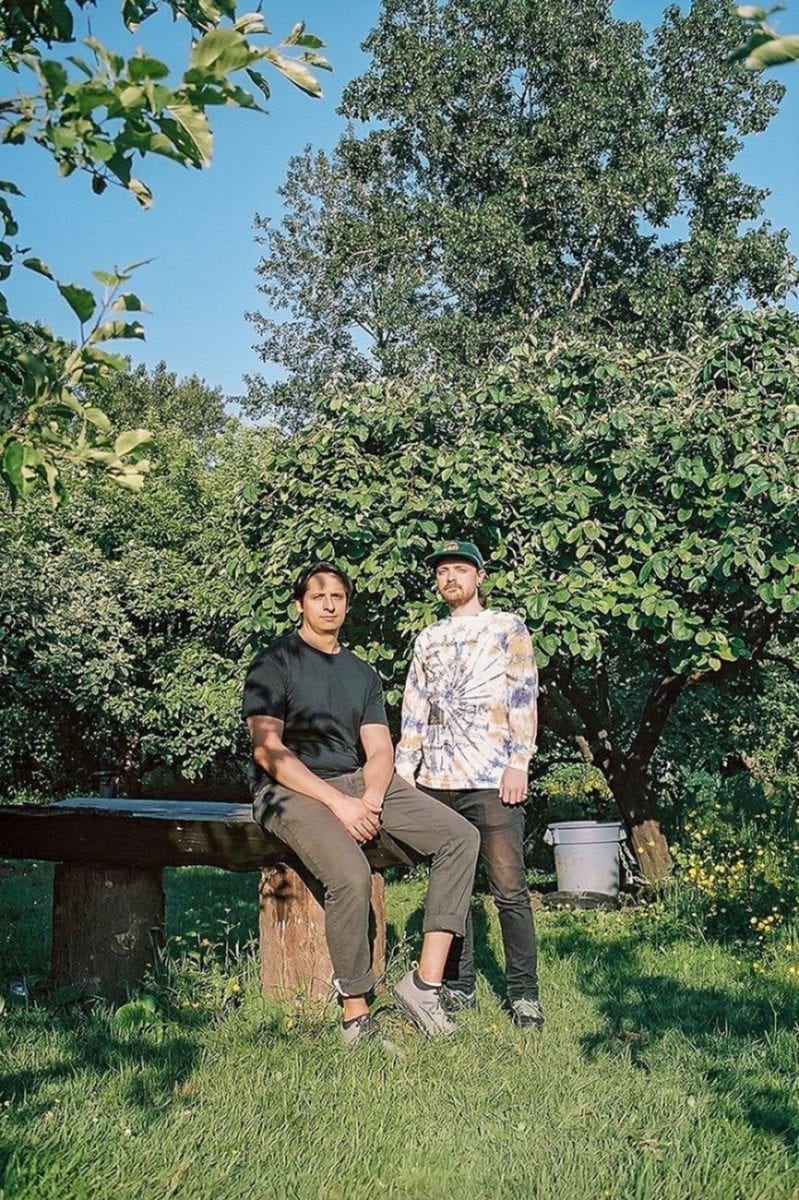 Hey guys, thanks for the sick, banging mix! Please tell us more about the selection and your approach to mixing on this one.

Zach: Thanks for asking us a to do a mix! Inverted Audio has really turned into one of my favourite sources for new music. Just before leaving on tour to Europe earlier this year, we had a bunch of new music that we knew we really wanted to share.

After tour, the one track in particular that I made (the last in the mix) got amazing reactions. I took inspiration from that song to make other songs with the same energy. We were also lent an 808, 909, and EMS Synthi AKS for a short period (shout out Tizzy and MagneticRing) – so we recorded a ton.

The original unreleased tracks in this mix were the inspiration for the other selections in this mix. The rest of the selections are all vinyl, some new I just ordered, and some old favourites that fit the bill.

It’s quite uptempo compared to the slower “trademark” 1800HaightStreet sound you’ve been pushing on Lobster Theremin and Mörk. What drove you to rev the engine a notch further on this mix?

Zach: It’s funny how these things chug along but most of the tracks that we have released were produced between 2 – 5 years ago. These 1800 tracks on the mix are brand new, and this mix is more telling of what 1800HS DJ sets are actually like.

Hunter: It is definitely more representative of our more recent production and live set. There is definitely a lag between the time we finish and finalise tracks before they see the light of day.

We find that by the time our most recent release has made it to peoples ears we have all moved on. This is a pretty up to date take on what we are doing at the moment.

Let’s rewind back to that time 1800HS wasn’t a thing yet, perhaps not even a thought: where did you guys meet and how was the idea of making music together born?

We met through other musicians in Vancouver. Hunter played synth, Rhodes and bass in a couple bands we were in together – and I played drums. We would always stick around after band practice to make electronic music.

We started our event series It’s Your Turn with a couple of close friends in Vancouver: Another DJ and producer TS (who was also originally part of 1800HaighStreet) and another Alex Rakhit who is a total sound wizard.

Alex brought together the sound systems and made the nights what they are in Vancouver for a lot of different underground productions groups. Big shout out to him for his dedication to helping everyone in Vancouver with sound. 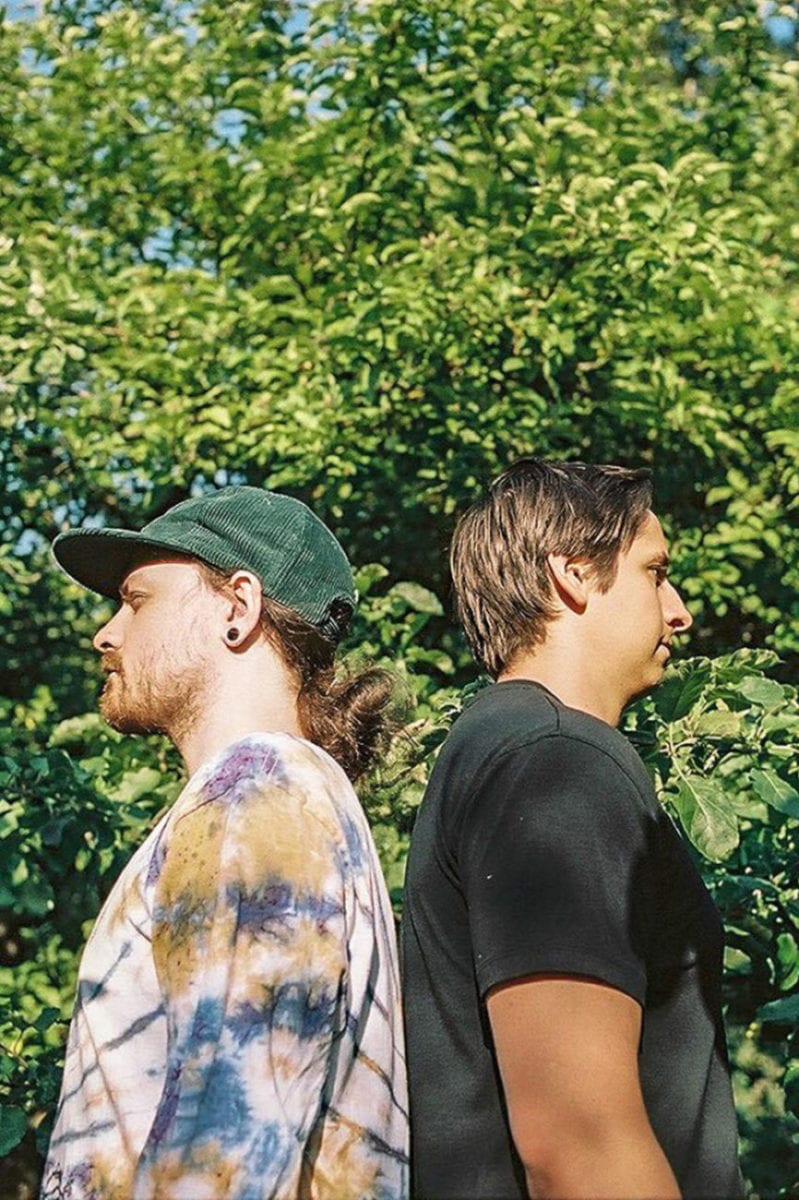 What was the first techno record you ever bought and what did you love about it?

Hunter: Neurotron 004 – This sounds super cliché but for me I was always looking to find the sound that I found in Berlin. I had gone there when I was 19 in about 2007 and had no idea what I experiencing.

I was living in Berlin for about 5 months visiting my older brother and loved it. I didn’t know anything about house or techno or parties but was fascinated with what was happening in the city at that time.

On another trip abroad I started checking out record shops and came across this and it was the first record I came across that reminded me of what I had heard in Berlin. I had to have it along with a pile of others I found in a shop in London.

Zach: I want to say the ‘Hackers‘ soundtrack, or Prodigy’s ‘Fat Of The Land‘ but I think those were gifted to me… I think the very first I bought was The Chemical Brothers ‘Dig Your Own Hole‘. I used to listen to ‘It Doesn’t Matter‘ on repeat!

You’re both from Vancouver, a city that’s been internationally known for the brilliance of its house scene. How’s the techno scene doing there? What are the top local acts you’d recommend us to check out?

The techno scene in Vancouver is consistent in the way that there’s always an amazing group of people that support it and are involved in hosting parties. Since my involvement in the Vancouver techno scene, it’s always been in the shadow of the house scene to the masses but the underground exists. Definitely check out LVT, DJ Venetta, and Scott W.

Back in 2017 you released your debut full-length ‘Endless‘ – which somehow epitomised your style and low-slung, melodic take on the classic techno sound. For some obscure reason it’s still sometimes considered a “weird” move among pseudo techno purists (but are they?) and lovers of the 12″ trimmed-down floor functionality. What prompted you to take your sound into the extensive LP spheres and what did you find there, creatively speaking?

Zach: I’m absolutely obsessed with making music since I was a teenager, ‘Endless‘ LP only came to fruition due to the sheer amount of musical output.

Hunter: I think the LP came out of necessity to get as much of what we have been creating out into the world. We have so much music that we have really just kept to ourself and when we started putting together tracks that we wanted to release.

Zach: We never set out to make an LP, we would just send zip files of like 50 tracks at a time to Lobster, and Jimmy picked out a few to come out as the EP’s and then album. Within those zip files is a huge range of different styles of techno and electro – some of it which may never see the light of day and some of which sits on the Octatrack only to be used in live sets. 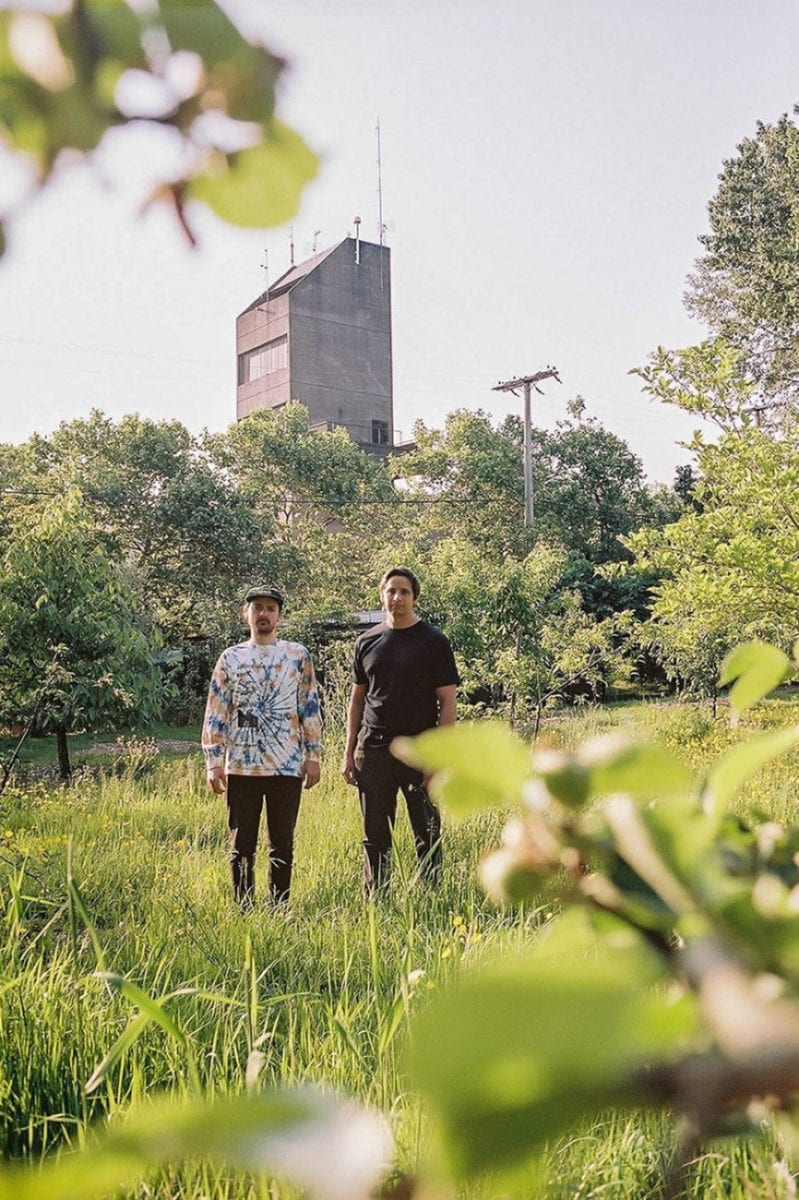 Did it subsequently impact the way you produce / envision production in any way?

Zach: We always made stuff that we wanted to hear at Vancouver parties. The scene is small enough that there is overlap in attendance from heads who are into different genres.

We wanted to make music that would win over the house crowd but also keep the techno crowd happy. However lately we have been inspired to make heavier, faster stuff after touring and seeing what gets the best reactions en masse.

You’ve forged real strong links with the Jimmy Asquith Lobster mafia, releasing music exclusively through their channels – main series and sub-divisions. Who reached out first and how long did it take to get that first record, ‘The Pursuit’, lined up?

Jimmy originally approached us on Soundcloud to send him some stuff, the label was fairly new at the time so I wasn’t really sure what would come of it. We sent a big package and didn’t hear back for like a year, haha. Lobster has really grown since then and I’m super thankful for all the support over the years.

Your most recent record, ‘Confess‘, came out a few weeks ago via Lobster Theremin (again), and it’s one of your finest records to date in my opinion. How’s been the creative/recording process like for this one?

Thank you so much. Again, those tracks were made a few years ago now, so I almost forget making them which is a bizarre feeling. I am glad people are digging it though. These last two EPs are not very indicative of what our live or DJ sets are currently like – another reason why we wanted to do this mix the way we did.

We are lucky to have a studio at Deep Blue, which is full of other gear collecting electronic musicians. Our studio is somewhat of a rotating cast when it comes to instruments.

We’re currently using this – but I’m sure we’ve forgetting a bunch: 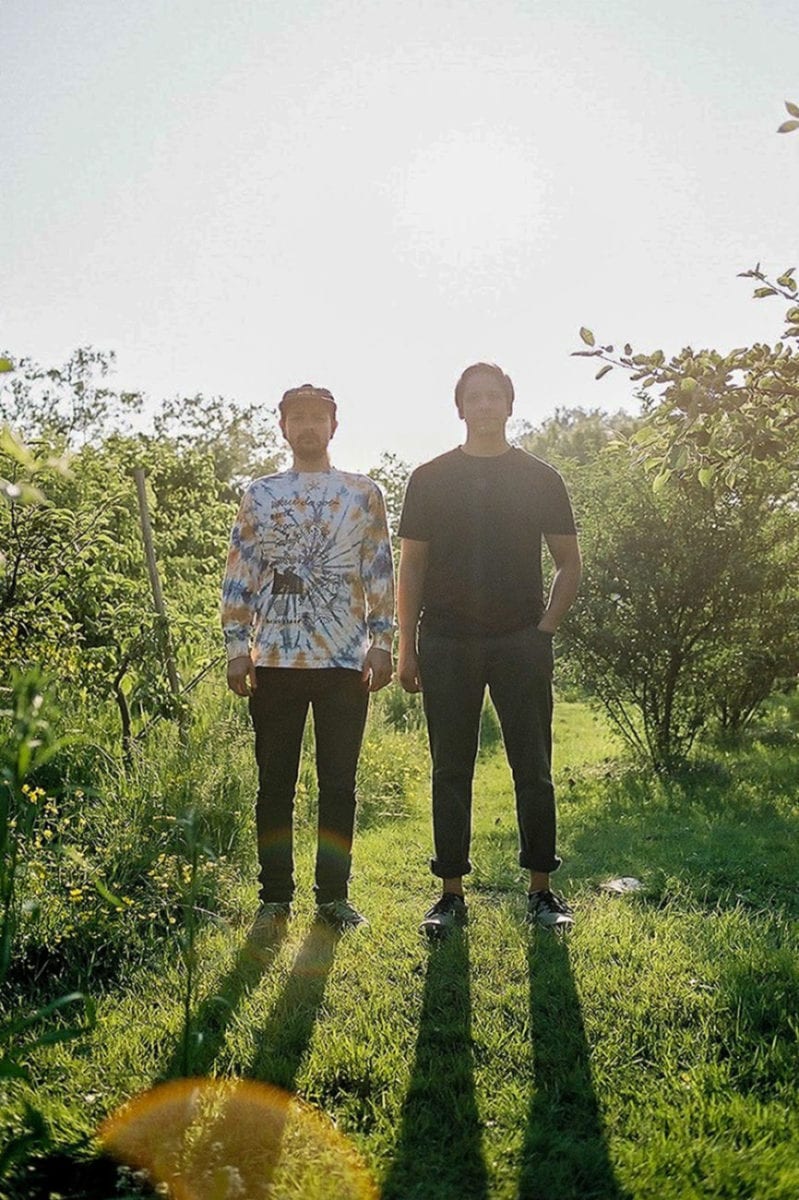 What’s the one piece of equipment you most cherish and why?

Zach: Probably my Fostex Tape machine. It’s not top of the line or anything but it was my Great Aunt’s before she passed. She used to make stop motion animation and did some sound gigs for the BBC. The machine is awesome for pitching and all that fun tape stuff.

Any machine/synth you dream of and why?

There are tons of synths but we would love to mess with… the VCS-3, the Black Corporation Kijimi, and Deckard’s Dream look really fun. The Orgon Systems stuff. Also the Nonlinear Labs C15 looks wild.

Zach: Last record store was Reckless in London, I picked up Urban Tribe ‎’Sophistry‘, and Bandulu’s record ‘Black Mass‘ which I played in this mix!

What’s your definition of a good day?

Zach: We both rarely go out unless it’s an artist we really want to see, but we both love spending our time in the studio – making tunes and having people over to collaborate.

We both like to play video games, and hang out with our partners and pets. We’re both big movie buffs and we both work in the film industry, so it’s pretty rewarding working on art in most aspects of our lives.

A real bad one?

Zach: There’s lots of political and societal things that bother me, I hate to see people suffer because of things out of their control.

We’re half-way into 2019, how’s the rest of the year looking for you in terms of release schedule? More stuff coming our way soon?

Yeah, we’ve been working on a bunch of new music and doing proper mix downs with the supervision of Ryan Enockson – he has access to the Warehouse studio in Gastown Vancouver.

It’s an incredible opportunity to be able to mix in a room like that. This music is definitely still 1800HS vibes but it’s heavier and faster than previous stuff. Hopefully people are into it and dig this mix.

Zach: I just got home from an awesome DJ gig in Victoria, BC, for the Love Island crew. Next weekend, June 8, we are hosting and playing the next It’s Your Turn in Vancouver with Tin Man. I’m also headed to Toronto, Ontario on June 13 and Montreal, Quebec a couple days later on June 15.

As for the rest of summer we have some local gigs lined up, and hope to go back to Europe before the end of the year. We will definitely be in the studio a ton working on this project and other side projects in between.