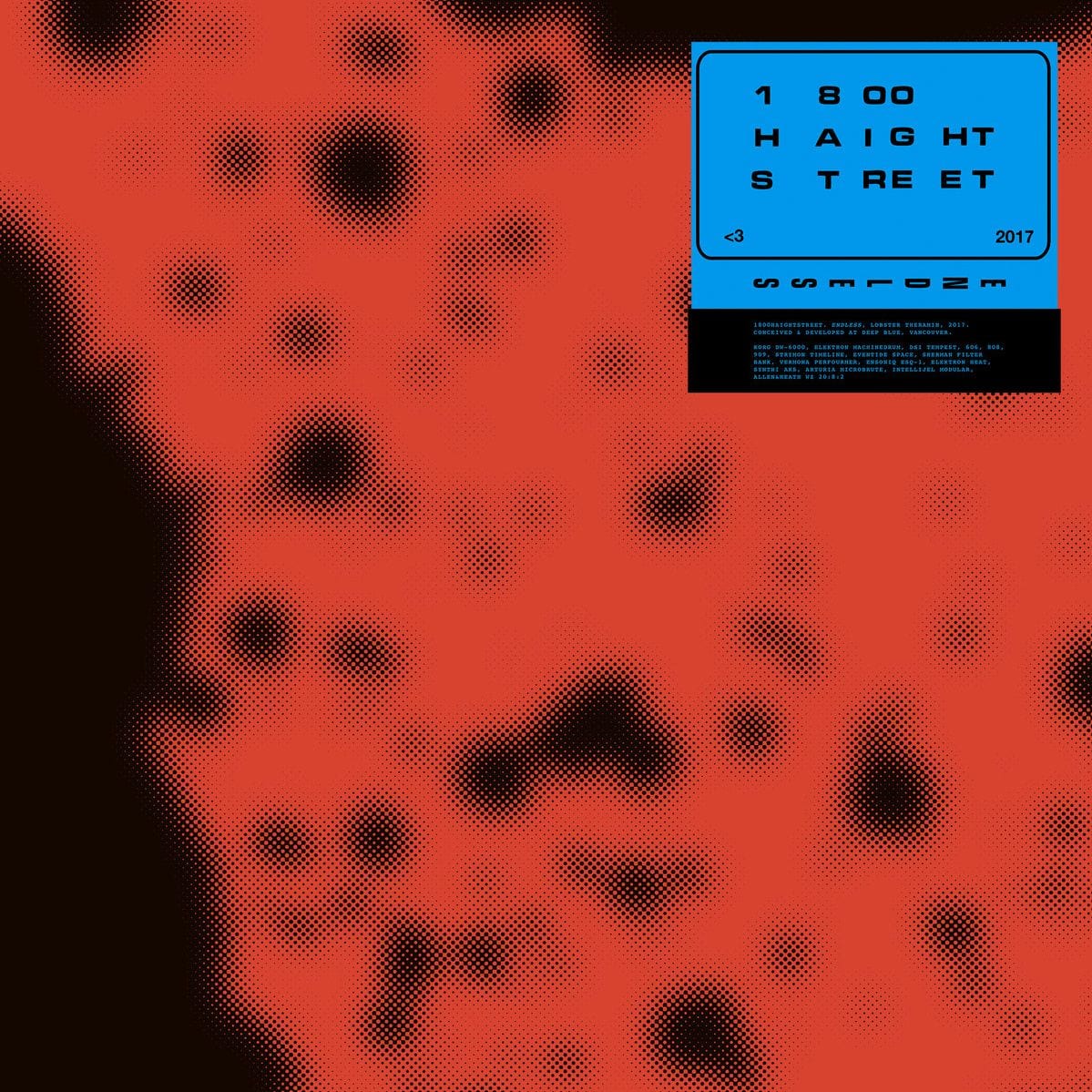 Let’s just put this out there, ‘Endless‘ is in contention for techno album of the year. A bold statement perhaps, but there is context to put around that. The Canadian duo behind 1800HaightStreet have graced two forms of the Lobster Theremin imprint – the ragged Black series and the club focused Mörk offshoot – with releases that, while solid, perhaps didn’t give an inkling of hype or desire for the full fat artist long player.

Hype itself is a devious beast which can toy with perception. Especially with regards to helping you internally over-selling, say, a sprawling eight vinyl monster as a landmark as you succumb to its fever. With that in mind, coming into ‘Endless‘ blind was a delightful experience, both through an unexpected surprise and also knowing that all appreciation was untainted.

Establishing that appraisal is free from preconception, next is a gaze into the nature of the techno album itself. To put it plainly, it’s a notoriously hard genre to translate to the full album format. Techno doesn’t appreciate being shorn of context, and it absolutely thrives on the throb of four sweaty walls rather than a pair of cans or home speakers. Run with wall to wall bangers and you run the risk of effectively dumping out a weapons EP which, while fun, doesn’t really work with the context of an album. On the other side of the coin, divert away from the blueprint too much and you start to lose the essence of what techno is. Allay all fears as, from the off, ‘Endless‘ is utterly engrossing and totally without concession.

Spread over three vinyl, the pace is unrelenting on a level that you’d usually reserve for the likes of DVS1. However where Zak’s productions give the impression of white lab coats and tweezer precision, you can hear there are ghosts in the machines of 1800 Haight Street. The first twelve is absolutely haunted, rattling along like an out of control ghost train. And we are not an insipid fairground effort with a dodgy bloke in a Scream mask shouting “boo” at you as you trundle by at 1mph here. This is careening flat out without any confidence that the track flying under your wheels won’t suddenly disintegrate, plunging you into a mist of wailing lost souls.

Moving on to disc two and the sonics are a little more earthbound. Ragged low end bass, distortion, shards of breakbeat, all things that fans of Ilian Tape would find themselves more than at home with. In context with the first disc, it is the equivalent of having firm fingertips knead into taut muscles. You find the tracks are looser and throb with warmth. This then prepares you for the final quartet of tracks. The rhythm is pleasingly metronome tight, melodies dance in movements between glee and retrospective.

1800HaightStreet apparently took a year’s hiatus before this album’s release, and the time off has obviously been quite the tonic. Coming from the perspective of a person who has found himself fatigued by techno in recent times, ‘Endless‘ has been a rejuvenating experience, grasping in both hands the holy grail of energy and engagement.

‘Endless’ LP is out now on Lobster Theremin, order a copy from Bandcamp.

Discover more about 1800HaightStreet and Lobster Theremin on Inverted Audio.