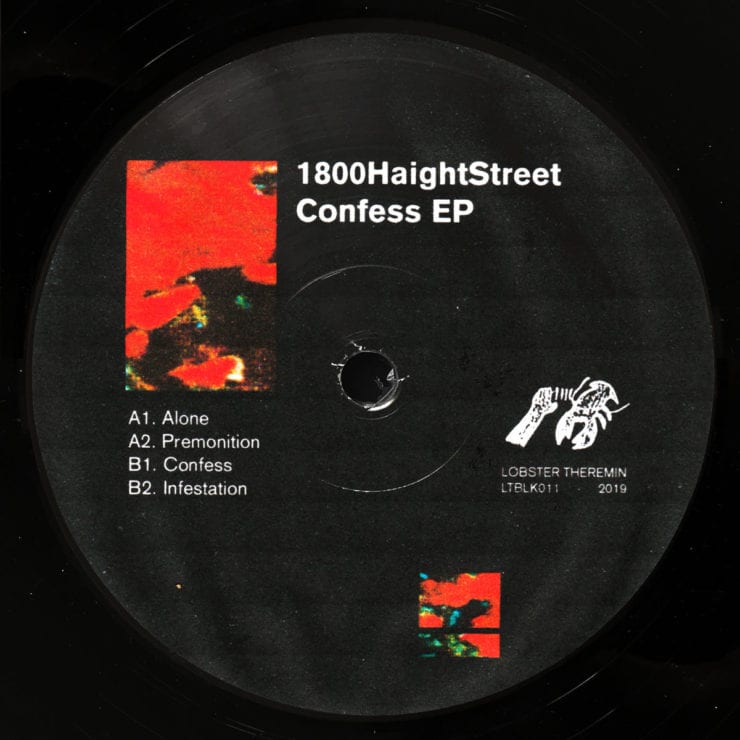 Of all close relationships to have been built between artists and labels over the last few years, the tight-knit bonds tied between Vancouver duo 1800HaightStreet and Lobster Theremin have shown particularly fruitful with five releases in four years under the many banners of Asquith’s countless ventures.

Following on from their 2017-released debut LP, ‘Endless‘, and the more recent ‘Age‘ issued earlier this year on Mörk, the Canadian pair’s back with the much immersive ‘Confess‘ EP, scheduled to hit the shleves on 31st May.

Lifted from the record, our premiere ‘Premonition‘ finds Treble and Cheveldave slinging out the usual arsenal of beefy kicks, athletic hat shuffle and skittish snares, laid out handsomely upon iridescent tides of nostalgic synths and droney echoes for what feels like a muscular jaunt down memory lane. Feels aplenty.

Confess EP is released via Lobster Theremin on 31st May, pre-order a copy from Bandcamp.

A1. Alone
A2. Premonition
B1. Confess
B2. Infestation

Discover more about 1800HaightStreet and Lobster Theremin on Inverted Audio.