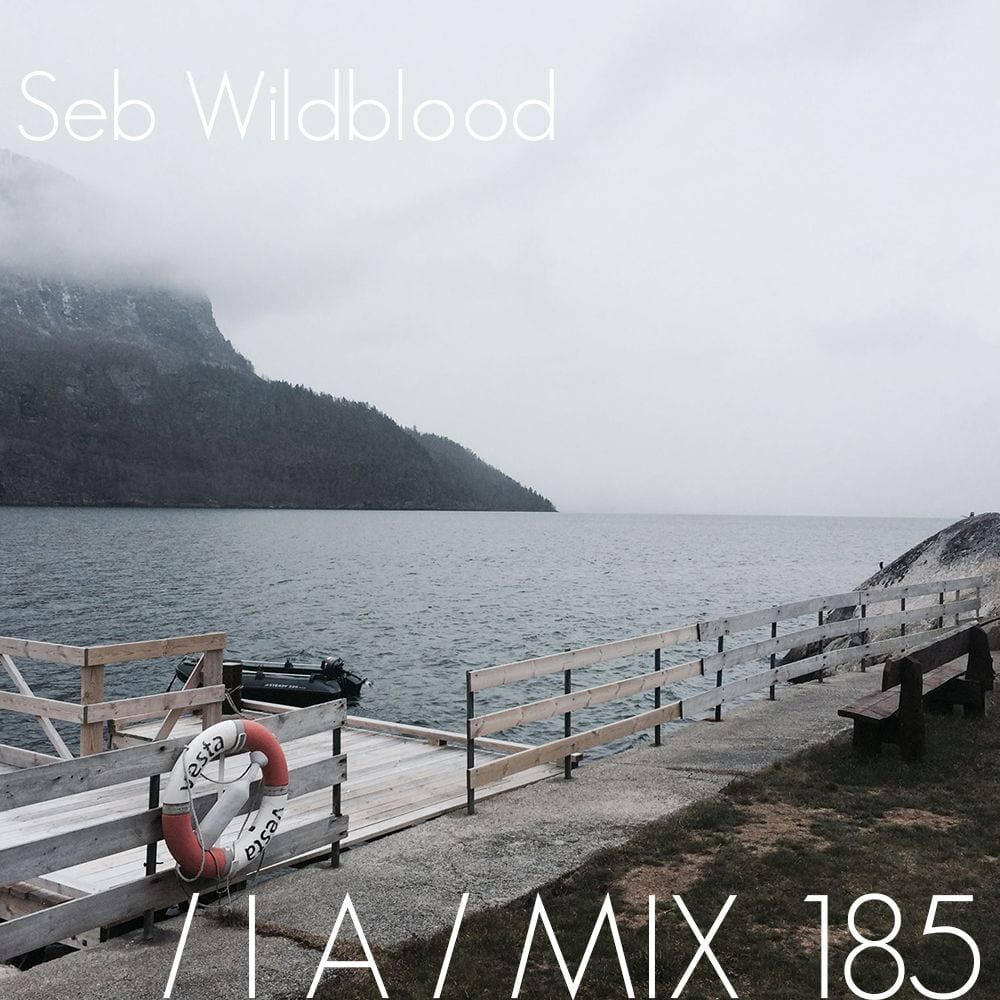 Seb Wildblood started making a name for himself in south London when he and fellow DJ Apes started throwing parties in the basement of St Giles Church in Camberwell. Initially telling the church that they were hosting student art events “with a bit of music at the end” the appropriately named ‘Church’ night was, unsurprisingly, soon ejected but landed on its feet finding a Thursday-night residency at Corsica Studios.

Since then, Church has developed into a record label, releasing records from the likes of Happa and Lorca. Seb, meanwhile, has established himself not only as a successful DJ and promoter, but producer to boot. This summer saw Seb release his debut album “Foreign Parts“ on his own ‘SW’ imprint. A meandering journey through dusty and downtempo house cuts it’s exactly the kind of record that captures the bitter-sweetness that accompanies late summer evenings when everything begins to close and the air begins to cool. Rather fittingly, for his mix Seb begins in this vein before moving onto choppier and chunkier cuts from Dwig, Hunee, Young Marco and others.

Can you tell us a little bit about the mix you’ve made for us and the ideas behind it?

The mix is a bunch of tracks from some artists I’m really feeling at the moment. I made the intro specifically for the mix and it then shifts to slightly more clubby territory, whilst keeping the warm and raw atmosphere I’m generally drawn to.

Your first vinyl record under the alias of Seb Wildblood came out in 2013. Was this your first taste of putting out music?

Yeah, this was my experience of putting out a record. I’d had one digital release beforehand, but from the start I wanted to be pushing out vinyl. I’ve always messed about with music, but I guess mid 2013 was when I started to take it seriously.

Seb Wildblood is not your real name is it? There must be a story behind the name.

It’s not my real name however I can’t say why I record under Seb Wildblood. The mystery is definitely more interesting than the reality.

What were you up to before your first record? Can you tell us a little bit about where you grew up and how you ended up becoming a musician?

I was brought up in a small village on the outskirts of Stoke-on-Trent with little to no direct access to electronic music. I grew up listening to a lot of post rock bands like Explosions In The Sky and American Football. 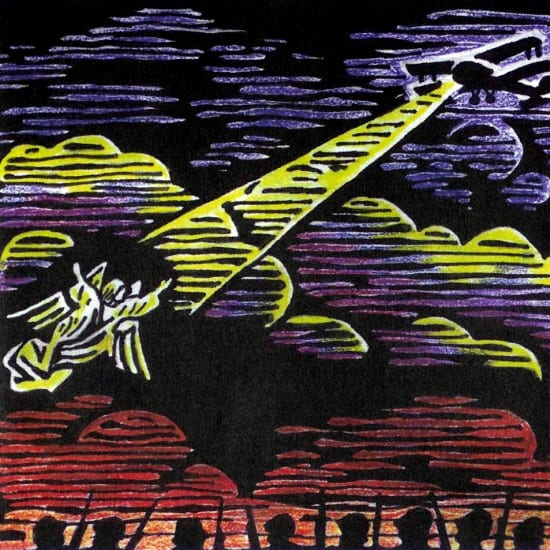 I came to London to study and in my second year I started a party called Church, which is now the record label I run, along with Apes. Running the party and getting deeper into club culture really spurred me on to start making some electronic music. I’ve been in bands in the past, but once I got my head around Ableton I really felt like I’d found something exciting.

Your debut album “Foreign Parts” feels much like a ‘journey’ to use an old cliché. Or perhaps a better word to use is “curated”. It sounds as if everything has been considered; this isn’t a record that was thrown together in a few weeks was it?

That was my hope when writing the record. I wanted to do something that was equally suited to a club environment or home listening. I generally only find time to listen to a full album uninterrupted whilst travelling, so this was also something I was consciously thinking about when writing.

I actually had a pool of about 12 or so tracks that could have worked as a full length, however after re-ordering the tracks and listening through them way too many times, I felt it was best to cut it down. These 7 tracks share a really coherent feel for me.

In terms of inspirations or themes behind the album, what were you drawing on?

I recently visited Norway and Iceland, and the photos on the LP cover were actually taken outside the place I was staying. The track titles also refer to this theme: ‘Modir’ means mother in Icelandic, ‘Brodir’; Brother & ‘Systir’; Sister. It really fits the sound for me, especially Brodir & Systir. 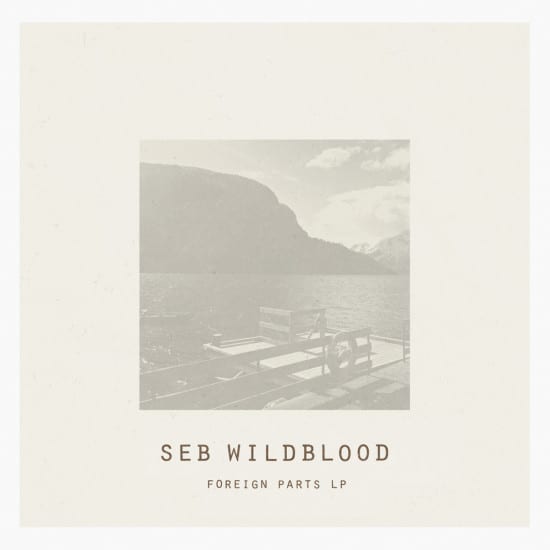 There’s a warm and dreamy lo-fi aesthetic to the album, can you tell us a little bit more about how you made the record itself. Where did you produce it?

I produced everything in my bedroom studio. I was living alone at the time so had plenty of opportunity to work on stuff until the early hours most nights. I used some hardware, including a 909, Juno 106 and a few other little bits of kit I’ve picked up. I also sample a bit.

The dreamy, lo-fi aesthetic is something I was consciously trying to achieve whilst producing the album. That’s the kind of sound I listen to and enjoy. It wasn’t about replicating stuff I’ve been influenced by, maybe more a hunger to try and create my own version of things.

Does the album reflect the sort of sounds that you’re playing out at the moment?

Yes and no. There’s certain tracks that do, ‘Gunvor‘ in particular is heavily influenced by my DJ set’s. Other tracks not so much, however they do share a similar feeling to what I enjoy playing out.

The album is coming out on SW Records, in fact it’s the first release on the imprint. What made you decide to go down the self-release route?

The album was actually signed by another label for the best part of a year, however for one reason or another it never came out. There was talk about doing it as a few EPs, but I really wanted to do it as a full package and so with help from a friend (shouts to Matt) I took the plunge. For me SW isn’t necessarily a label, it’s just intended to be a string of catalogue number’s to house my original productions, I’m not ruling anything out for the future though. 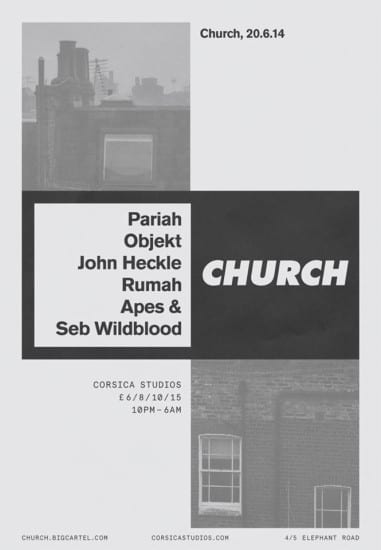 Church is the name of the record label, London club night and fashion label, which you co-founded. Tell us more about the ideas and ethos behind Church and how it came into existence.

We started the party in the basement of St Giles Church in Camberwell. We told the ‘keeper’ of the crypt that we’d be doing art school exhibitions, with a little music towards the end. This wasn’t strictly a lie, however it was pretty far from the truth as you can imagine. We ended up doing around five parties there before they decided enough was enough.

At that point Dom (Apes) and I thought that was the end for Church, but decided to give Corsica Studios a call on a whim. Luckily they wanted their Thursday night’s filling and we went from there. It was and still is a great place to learn from for us, we were mixing with some great promoters such as Trouble Vision and Tief, and the artists and labels invited to play the club.

Corsica Studios has had a massive influence on me on every level: the label, party, and my productions. The directors (Adrian & Amanda) gave us space to grow and a foot in the door, which is hard to come by in London, let alone the club scene so I’m super grateful. There’s always been a real family atmosphere there and I guess that’s why we’ve never left. 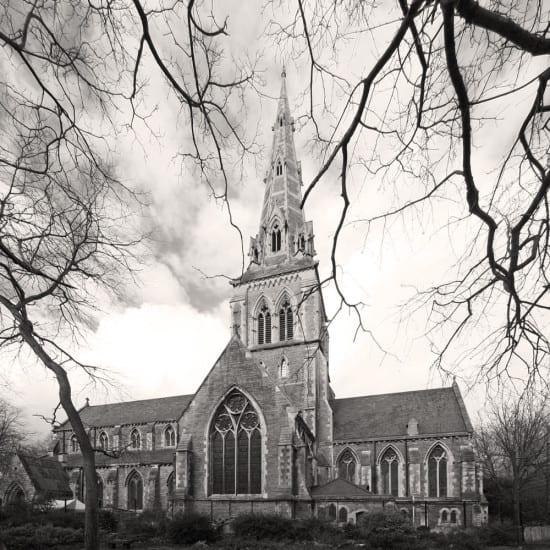 So now the debut album is out, what’s next for you?

I’ve just finished SW002, so that’ll be next. The plan is to continue releasing all my music via the SW catalogue numbers. Touch wood, I can squeeze a third in before the year is out. Aside from that we’ve got a really exciting few months coming up with Church, the release schedule is jam packed from now until the foreseeable future.

Finally, other than your own debut album, what other debut records that you’ve been feeling this year?

Foreign Parts is out now on SW, order a vinyl copy through Juno.

Discover more about Seb Wildblood and Church on Inverted Audio.