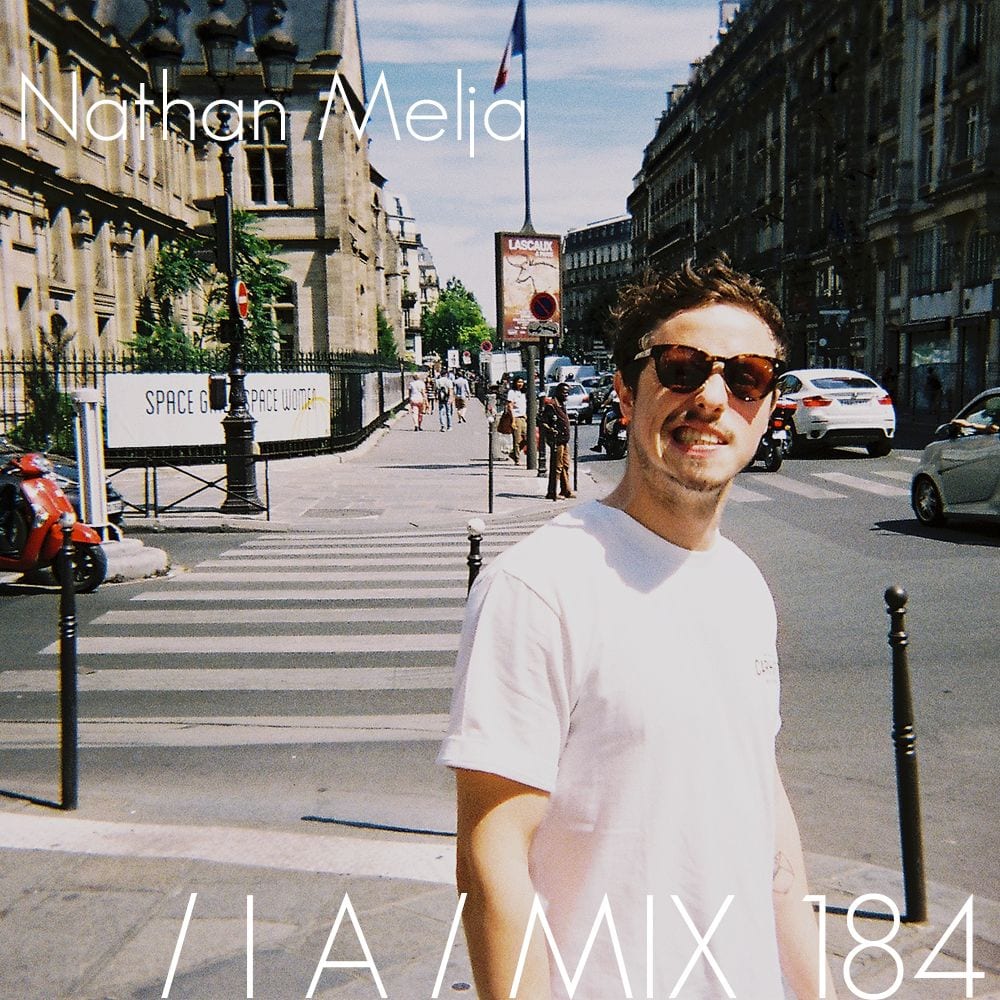 With just two releases for the respected Mister Saturday Night and Opal Tapes’ offshoot Black Opal, rising French producer Nathan Melja has made a name for himself with some seriously bouncy house cuts and mad infectious club-shredders. He is also one of the producers at the centre of the Parisian scene’s recent return to form, crafting his own vein of jacking techno swoops and deeply layered house moments with singular brilliance.

Asking him for a mix was an absolute no-brainer and to say the very least, the Frenchman still seems to have plenty more tricks up his sleeve. We caught up to discuss his implacable ascension, recording process as well as his wide-angled sound scope.

Thanks for taking the time to record this mix for us Nathan. Tell us a bit about it?

Your debut EP on Mister Saturday Night has been one of the most consistent instalments I’ve heard in a while. Can you tell us a bit more about the making of it?

Thank you so much! I made the tracks pretty much at the same time, and I almost had the whole idea before I started producing them. Except for ‘I Won’t Forget You’, which was more like a “one take” track, really instinctive, I guess you can feel it if you listen to the whole record. I wanted to have really heavy and effective club tracks with a sense of nostalgia at the same time.

Did you compose these tracks especially for Mister Saturday Night?

You know what, yes! “Steady Mobbin” was basically called “MSN track 1”, and I guess I was right, they liked it immediately!

How and when did you first get in touch with the Mister Saturday Night crew?

I read you were too young to attend their night time parties on your first visit. What happened next?

I was too young to attend the parties when I discovered the label, not when I sent the tracks. I was still 20 years old when I was in New York for the first time. After that I grew up (lol), my record came out, and I went to New York from last January until April to work at the MSN office in Brooklyn. Now I’m 23 and I’m free, BITCH!

A.C.I feels like a logical continuation to the closing track of Steady Mobbin’, ‘I Won’t Forget You’. Was this change towards a more moody, dusty type of techno already initiated at the time?

That’s funny because some of the tracks I released on my Black Opal record were finished before my first record came out on Mister Saturday Night! So I don’t really know if that’s a logical continuation, it’s more like a whole bunch of tracks that fit together and that were made at pretty much the same period of time.

You recently changed your name from Melja to Nathan Melja. What kind of importance does it have to your eyes?

Nothing really important to be honest. My friends use to call me Melja instead of Nathan, that was weird! I just feel more comfortable to have my real name in my artist name now.

When did you start producing your own music? What’s been the trigger?

I was 17 when I started producing electronic music, before that I played the piano.

What were you listening to as a teenager? Any guilty pleasures?

US Rap! I’ve always listened to Hip-Hop and Rap music. During mid school I use to trade And 1 Mixtapes for Rap Albums like Wu Tang and all that with older guys!

I had a long period of focusing on The Beatles like a nerd in High School. Then I became more open minded to every genre, to every music that I liked in fact. Dance music came very naturally.

I have my laptop and my speakers, and I just play on Ableton with samples and recordings that I make myself. I just moved into a new apartment and I’m making my new studio in my room with some new gear and stuff, exciting!!

What’s your fetish piece of gear?

I’m seriously focused on getting an Octatrack, what a masterpiece! Otherwise, everything can sound pretty good if you threat it the right way! We have a SH-101, a DX-7 and a DX-27 with my roommates, but I have to admit that the Poly 800 is an amazing synth!!

What’s your position on the much talked-about hardware VS software battle?

That’s bullshit! I can understand the older guys who grew up with hardware gear, but guys from my age, come on! You can do everything you want with a computer, as long as your sound is unique, you can’t go wrong! But hardware is more like a live thing for me, it’s physical, so you touch it and you play with it, that’s what I like at the end.

Which track did you use to play a lot lately? Any secret weapon?

Lately I’ve been playing a lot that edit from Disguise and Moiré’s track ‘Party Girls‘ released on Phonica Records last month ! It works every time and it’s a crazy club track, I love it!

I listen to a lot of different things these days, the new Tame Impala Album is sick! I just discovered a track called “Today You Died [Did You Know Who I Am]“, it’s from Haus Arafna and it’s weird as fuck!

Do you have any new release lined up or coming projects you can tell us about?

Yeah I have another record coming out pretty soon, maybe September / October I hope. And I’m working on a project that sounds like an LP!