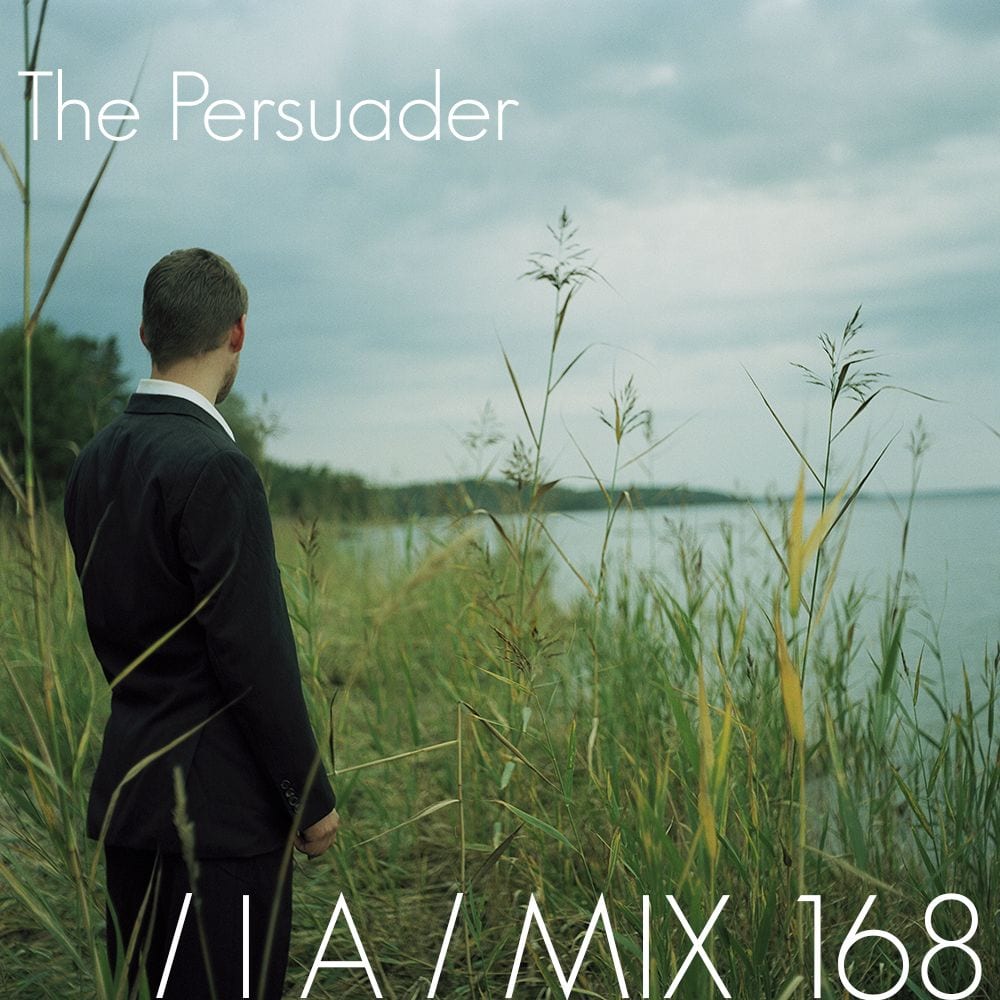 The Persuader is an alias of Swedish producer Jesper Dahlbäck and is generally the outlet for Dahlbäck’s deeper, house-focused material. Having just released his new album ‘Skargard‘ on his own label Templar, we caught up with Jesper to discuss the makings of the album, the coining of his name, a past career in modelling and future developments for his record label Templar. Jesper’s mix spans over more than fifteen years of Persuader productions, fusing together older tracks with new tracks taken from ‘Skargard‘.

First off your new album ‘Skargard’ just dropped! Congratulations, how are you feeling about that and how have you been celebrating?

I’m really happy that I was able to go through with the whole album idea in the end; it was a nice reward to see it finally being finished.

The Persuader is a funny name for an artist; I’m interested to learn how you decided to name yourself under this alias?

The first releases I did as the Persuader came out on Svek around 1997. We were looking for a picture to put on the centre label of the record. Actually, the record was under my own name but the picture we choose in the end came from a photo shoot when I was modelling for a shoe company and part of the payment was a print of myself in a tweed jacket.

I looked like a character from the TV show The Saint or The Persuaders and then the name the Persuader was born. There was a caption on the picture that said, “What is the time, Mr Templar”, a nod to Roger Moores character Simon Templar from The Saint.

From 1997 – 2001 you released a lot of records as The Persuader, but then you took a 12 year sabbatical, what was the a reason for this break?

I was always interested in trying new things and when the label Svek finally threw in the towel around 2001 I felt it was time to move on and explore new sounds and invent new projects. Every project has its own time and it’s nice to encapsulate a certain period in a project and then move on.

Tell me about the making of ‘Skargard’, when you first started to work on the album and what provoked you to focus on it?

In 2013 I got a request to play at the Concrete Sunday event in Paris and they wanted me to perform as The Persuader, which came as a small surprise but it slowly became the beginning of an idea to produce a full length album again as The Persuader, trying to maintain the original vibe and sound of the older releases but with a more modern approach.

This time the technological possibilities were better which made the recording process easier than in the nineties and allowed for more experimentation.

Do you have a favourite track on the album? For me I like a lot of them, they’re rich and perfect for the dance floor, however the standout tracks for me are ‘Trutklubben’ and ‘Dymlingharan’.

I always regretted a little bit that the previous Persuader album was too much of a listening album so this time I tried to focus more on the music being more up-tempo and with more energy but still being listenable.

What do you think of when listening back to the album?

It’s really pleasing to hear the album being so close to how I imagined the album to sound and that I could use water as a concept for the whole album project.

What does the title Skargard mean, and what does this album represent to you personally?

Skargard refers to the archipelago just outside Stockholm with its tens of thousands of small islands and shallows. I grew up there when I was young and I still love to go there in the summer.

All the names basically come from a sea map over the archipelago, which stretches from the north to the south of Stockholm. The names are really strange and sometimes funny but mostly they come from a different time when people gave places poetic names with some kind of meaning.

Tell me about the mix you recorded for Inverted Audio, how was it recorded, where was it made and what was the reasoning behind the track list?

The mix is a kind of blend between the older Persuader stuff together with the latest from the album so there is really a time span of more than fifteen years of productions mixed together.

Tell me about the label Templar, I assume that this is your own imprint, considering you’re the only person to release on the label.

Templar comes from the other.

Will Templar solely release your own music, or is it open to others? If so, is there some kind of musical policy or manifesto?

Templar is my own imprint and there will be some thing later on, we’ll see. I have some plans for a return of the Brommage Dub, a project with myself and Jean-Louis Huhta aka Dungeon Acid, so we will see where that is going.

Musically speaking what’s happening in Stockholm at the moment, which producers and musicians are you into at the moment?

There are a lot of young producers doing great stuff at the moment. They are really too many to mention but I really appreciate that there are finally a lot more female producers than when we old timers started out. The future looks bright!

What’s your number one remix of all time?

It’s always fun to do remixes for iconic artists and legendary songs. I’ve had the chance to do a few when working as a producer for Tiga. It’s a weird feeling listening to the original parts of Depeche Mode and Human League songs that I grew up with.

What’s next for The Persuader?

I have more music that I’m working on so we’ll see where the next release will be but there are a few different labels involved in the process. Right now I’m waiting for the production of the vinyl of the album.

Skargard is out now on Templar, vinyl copies are still in production and will be available soon.

Discover more about The Persuader and Templar on Inverted Audio.