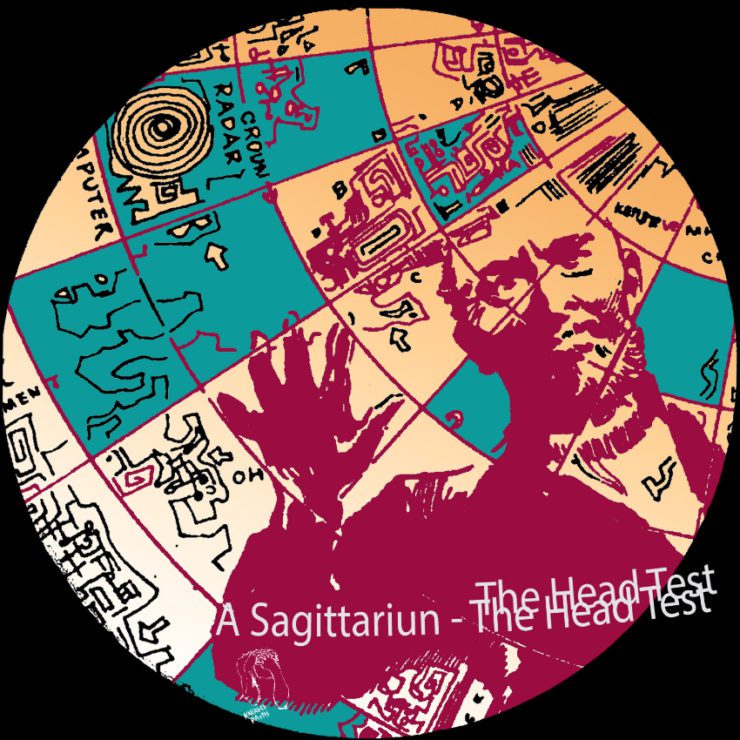 Since the early 2010s, Nick Harris has been delivering his own cosmic take on house and techno under his A Sagittariun alias. Much of this has landed on his own Elastic Dreams imprint, which has delivered a pretty steady stream of EPs over the course of the last decade.

Harris explains that he sees his productions as belonging to two distinct camps. The tracks which are more suited to home listening will often end up on albums or as B2’s on EP releases. On the other hand, there are some that lean toward a more clearly club-centric sound.

‘The Head Test’ is certainly part of the latter category. Landing on London imprint Kneaded Pains, a label from duo Dense & Pika, the A-side of this record is built upon a growling and swelling bass, reasonably dark by the producer’s usual standards. There’s some jacking Chicago flavour introduced in the second half with claps that land on the beat and keep the energy levels high.

‘The Head Test’ is scheduled for release 1 April via Kneaded Pains. Order a copy from Bandcamp.