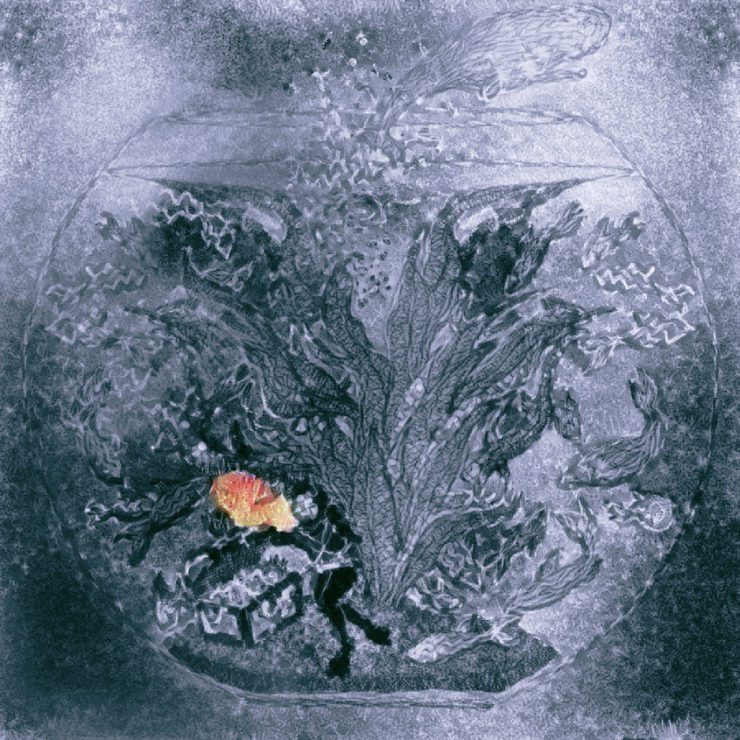 Syrinx Music was founded a couple of years ago by Paris area artists No3sis and Haxo. With a focus on the “space that exists between the club & the laboratory”, No3sis and Haxo are using the imprint to explore their mutual interest in digital art.

Following their initial VA outing in 2020, the label is back with another compilation release. ‘Ballast’ brings together 6 experimental artists whose left-of-centre sonics align with the label’s vision. Available digitally and as a limited run of lathe-cut records, the release features artwork by Cath’Rin with additional AI processing.

Our pick from the release comes from Abstraction Mathématique, the alias of French multi-media artist Jean Turner. ‘Il Fait Souvent Le Meme Rêve Que Verlaine’ is a disorientating and elaborate trip that should delight open-minded dancefloors.

‘Ballast’ is scheduled for release 9 March via Syrinx Music. Order a copy from Bandcamp.