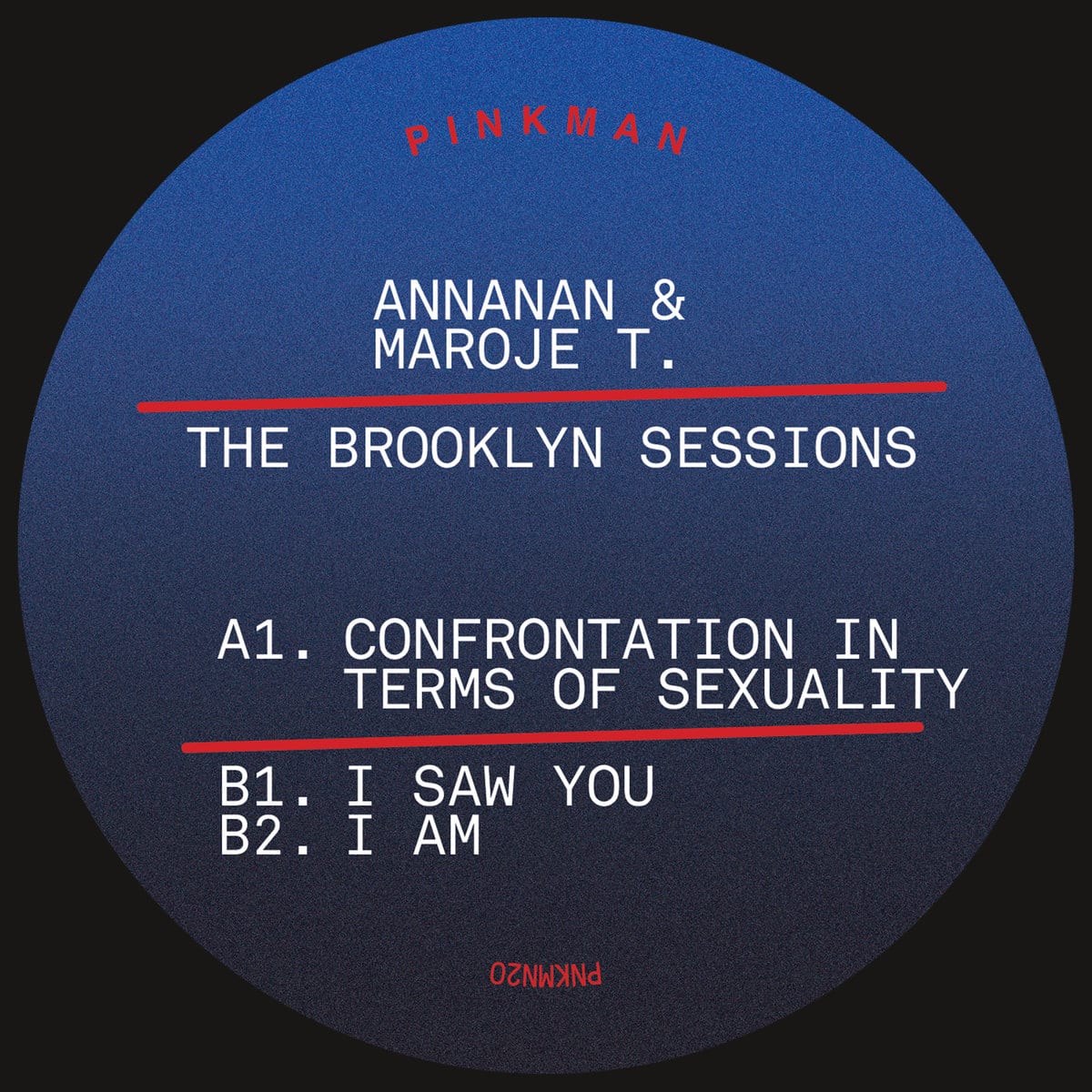 If 2016 was a busy year for Rotterdam-based label Pinkman, 2017 is already ahead of the curve with no less than six records out this year and the seventh just about to hit the streets. Back to set the label’s summer in motion is Annanan, returning after the top-notch ‘Antagonism‘ released in 2014, this time accompanied by fellow Brooklyn producer Maroje T.

Anxiogenic as it gets, ‘The Brooklyn Sessions‘ finds the pair threading their way in the dark through three bone-chilling cuts of paranoid electro-tech, dystopian ambiences and 303-driven grooves. Like a hot breath on your neck, each track teleports you straight down to a murky subterranean corridor where the neons flicker, rat herds abound and souls get sucked.

Closing the EP after the nightmarish opener ‘Confrontation In Terms Of Sexuality‘ – which oozes the kind of sexual tension that leaves you unsure whether you’ll get off the bed in one piece – and pacey electro workout ‘I Saw You‘, we’re no short of glad to offer you the full stream for the haunting ‘I Am‘ – a fierce, mind-altering mixture of pumping breakbeat, wailing vocals and horror house, fully geared toward breaking necks by the dozen and pleasing the lord of the horned. Time to draw some pentagrams on the walls of your room.

The Brooklyn Sessions is released via Pinkman on 26th June, pre-order a copy from Bandcamp.

A1. Confrontation In Terms Of Sexuality
B1. I Saw You
B2. I Am