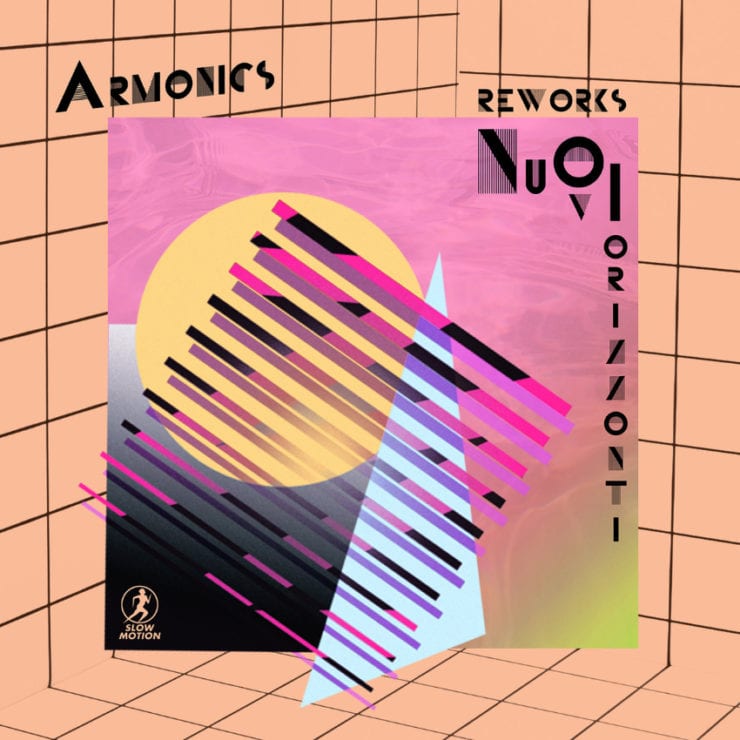 Founded by Franz Scala and Fabrizio Mammarella, Slow Motion Records is an inheritor of the Italian dance music tradition. The label has been releasing music by Italian artists since 2009, offering both classic and updated takes on the eighties Italo sound.

Given the above brief, Bari-based producer Armonics (real name Francesco Strippoli) is exactly the kind of artist that you can expect to find on Slow Motion and their sister label Wrong Era. With a knack for crafting infectious synth-laden cuts, Armonic’s music has also landed on Funnuvojere, Modern Magic and, Amsterdam’s leading Italo bastion, Bordello a Parigi.

Released by Slow Motion Records towards the end of 2019, Armonic’s mini-album ‘Nuovi Orizzonti’ is now reimagined by a cast of Italo stars, including Alessandro Parisi, Daniel Monaco and Fabrizio Mammarella, who turns in a driving remix of ‘Beyond The Walls’.

‘Armonics – Nuovi Orizzonti Reworks’ is scheduled for release 13 May via Slow Motion. Order a copy from Bandcamp.