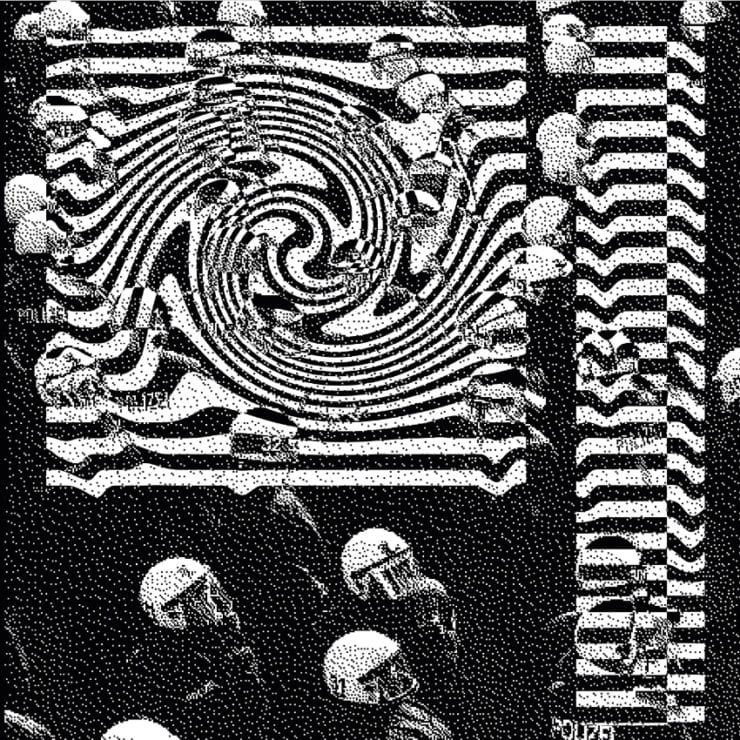 Often a very overcrowded sub-genre of techno, it’s often hard to separate the good from the bad in EBM, Industrial, Wave, Synthwave, or whatever you want to call it. Much like techno, some producers can’t escape the past, but now and then it does produce some gnarly refreshers like this ‘Several Future’ track from Asymmetrical.

Sounding like something you’d hear on the darker side of an Opal Tapes, Clan Destine or Downwards release, ‘Several Future’  is a screaming and squealing metallised techno punk, a chugging, spitting and downright mean track, with a distorted vocal that simmers beneath the compressed 909 drums and rides.  Recalling the best days of Broken English Club, it’s brimming with squashed and modulated percussion and a clubby bassline that plods a path of destruction across 5 juicy minutes.

The track is pulled from ‘Blind Faith’ the first full LP proper from the owner of Raw Culture, a label he operates out of Rome. The cult label hews a notably murky and punishing range of beat-driven electronics ranging from acid house, punk, glitch and hip hop, and this LP will feel right at home with some harsh rhythms and detonating bombs in 8 scuzzed-out tracks.

‘Blind Faith’ is out March 29 via Raw Culture. Order a copy from Bandcamp.