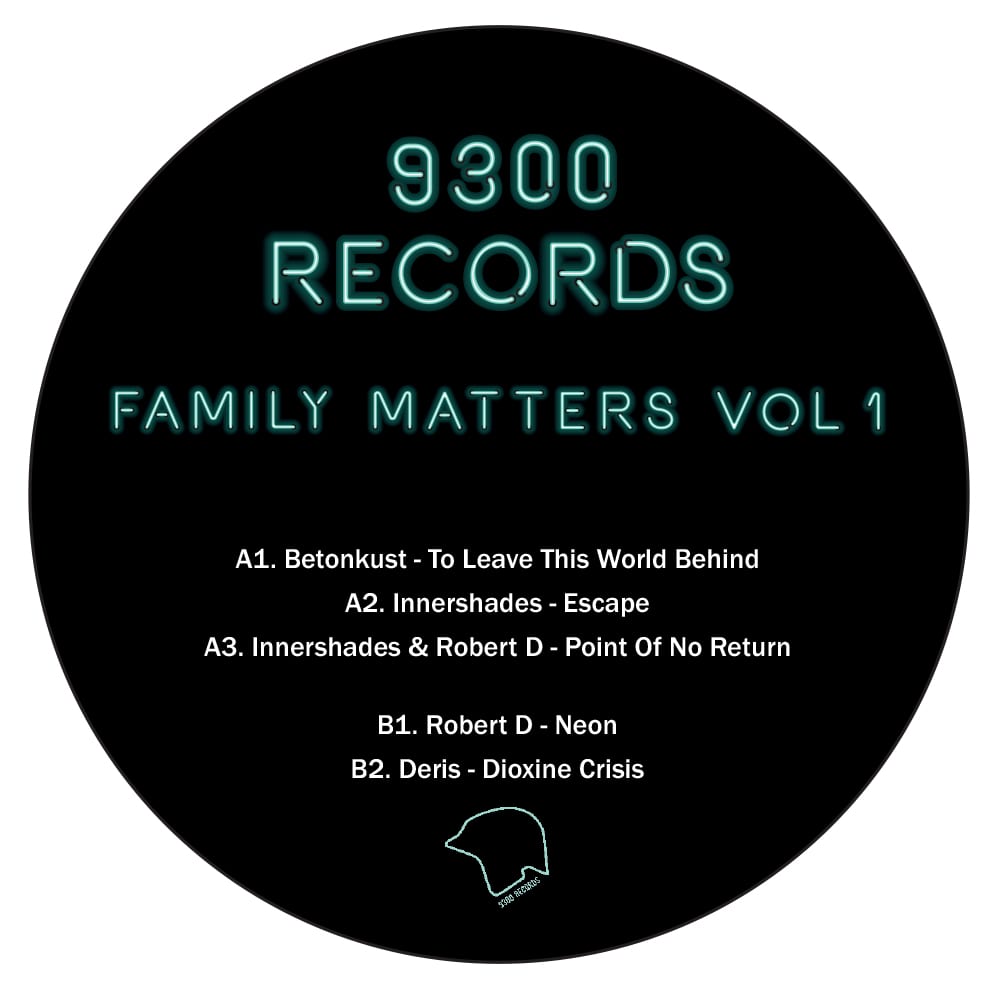 Since its launch in 2014, Aalst-based imprint 9300 Records has established a rather solid corpus of sound, giving the Belgian underground scene the place it deserves: right up there at the spearhead of European house and techno with the best. After a handful of 12″s from local talents Shin, AM Unit, Walrus and their home city’s talisman, Innershades, it’s with an alluring debut VA that they’re set to break 2018 in, sure to make the walls of the club quiver in excitement.

Featured on this mouthwatering five-track various, close friends and collaborators Thomas Blanckaert aka Innershades and Robert D deliver a solo track each, plus a fine joint, escorted by two fresh faces on the label in the persons of Brussels’ newcomer Deris and Dutch rising star Betonkust, whose romantic synth epic is now streaming over IA channels.

‘To Leave This World Behind‘ is much more optimistic in terms of sound palette than its title may suggest. No despair or regretful sighs on the horizon, but Betonkust’s gleaming synth arrangements and subtle touch of Sino-friendly faded melancholy here tied to a steady propulsive groove. It’s a track for those who don’t have time to complain, those who want the cake and eat it, those who share and those who love, those who’re fed up with the negativity reigning supreme. Screw the system, dance your way through life and be happy, that’s the message.

Discover more about Betonkust and 9300 Records on Inverted Audio.