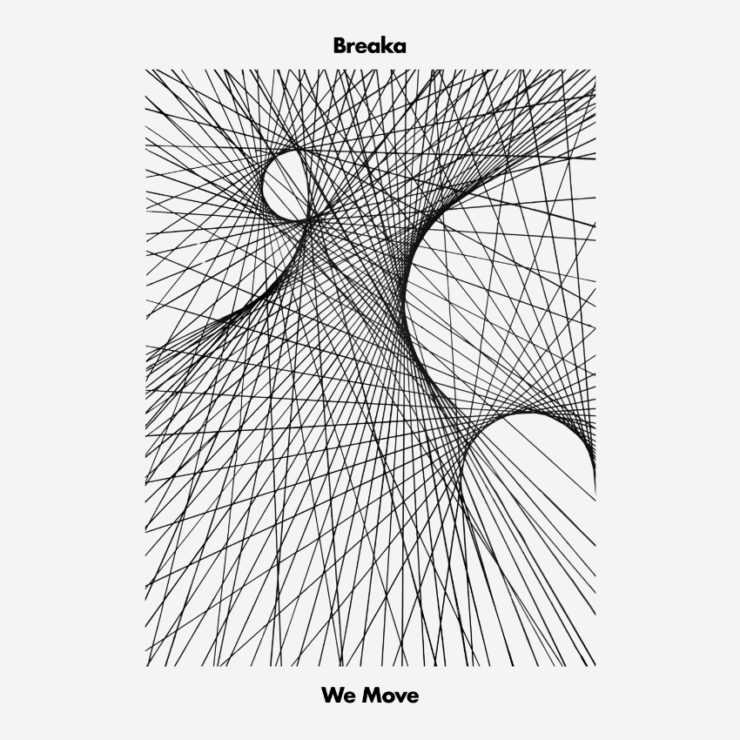 Breaka — an artist who lives up to his name, with a fair supply of broken beats and breaks in the catalogue — ventures into album territory on his eponymous label with ‘We Move‘ LP, drawing from a broad range of international rhythms to add fresh flair to his UK-dominant sound.

‘We Move”s sound is jubilant and fun, perhaps contradicting the environment of winter 20/21 the album was written in. Traces of the lack of nightlife are hinted at in titles such as ‘Mass Gathering‘ (lately a phrase, more often than not, eluding to illegal raves in the UK), but euphoria and freedom pervade throughout highlight tracks like ‘Solaria‘, a jazzy roller dropping more than a few hints of peak Blue Note material in the influence list.

It’s not easy to do this tastefully, but Breaka pulls it off with heavy vibrating basslines evoking early dubstep, and enough playful sound bites for the dancefloor gang. While tracks off the album like ‘Solaria‘ seem destined for the big, open floors of the summer, set ‘Baile Steppa‘ for your sweatbox local basement playlist, and hold on tight.

‘We Move’ is scheduled for release 18 February via Breaka Recordings. Order a copy from Bandcamp.