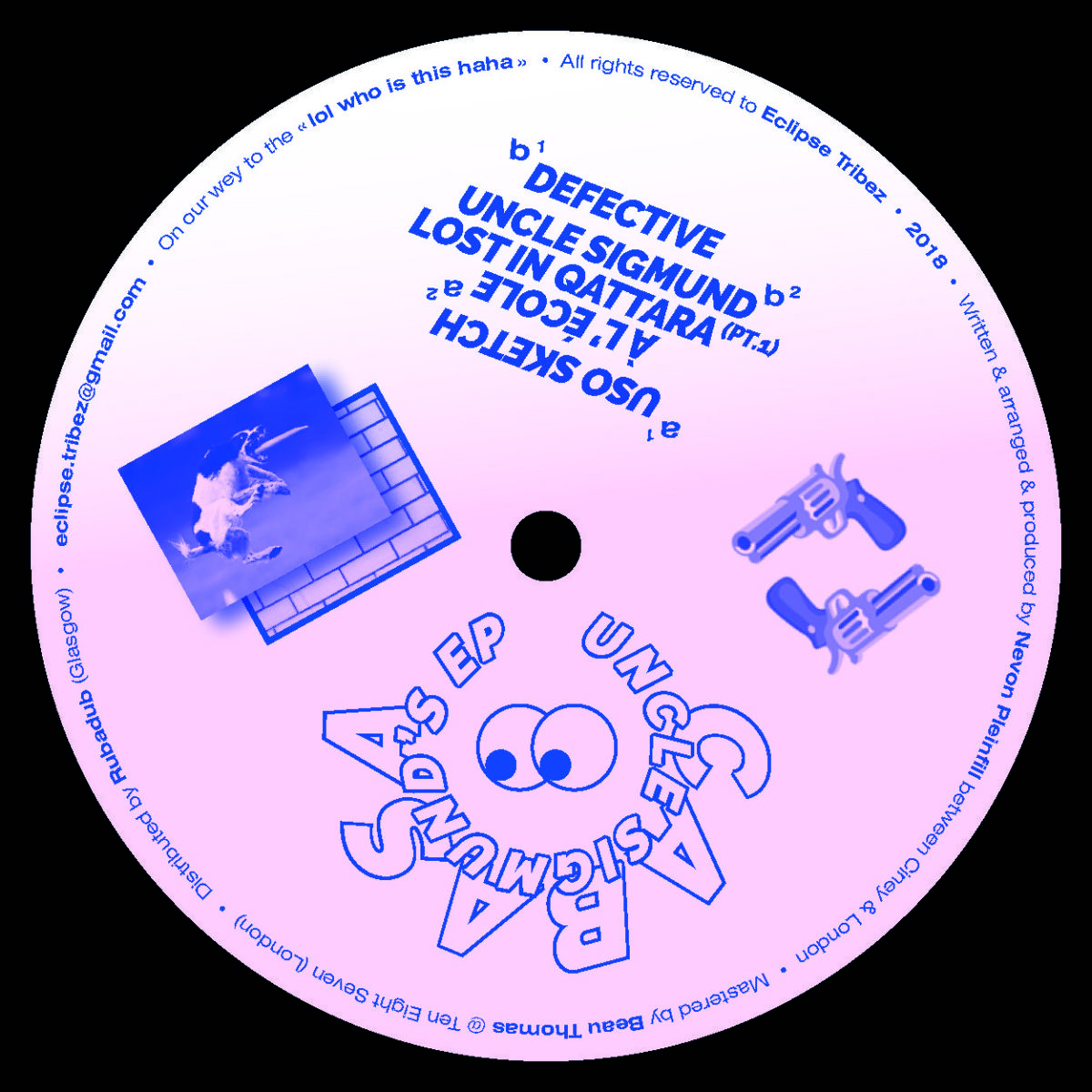 Next week, Eclipse Tribez – a new label coming out of Brussels – are dropping their debut 12”. The curtain lifter comes from London newcomer Cabasa, who brings in a batch of slowed down and gloopy percussive tracks. Titled Uncle Sigmond’s EP, the four-tracker goes deep into dark territories yet holds a flippant attitude and winks at breaks, IDM, bass, and techno fans alike.

With this EP Cabasa, who previously released music on labels such as Artifice Music, Boom Ting Recordings, and No Suit Records, outlines a unique and fresh take on club music and marks himself as a talent to keep an eye on.

Our pick, ‘Defective’, is a seven minute ritualistic trip where Cabasa brings together a vocal snippet of Zeta 3’s 1991 debut album, warped Kpanlogo drum samples, boomy kicks, and snappy hats joined by vocal samples samples which sound like taken from an African ritual.

Uncle Sigmond’s EP is released via Eclipse Tribez on 4 June 2018, pre-order a copy from Juno.

A1. Uso Sketch
A2. À l_école
A3. Defective
A4. Uncle Sigmund Lost In Qattara

Discover more about Cabasa and Eclipse Tribez on Inverted Audio.