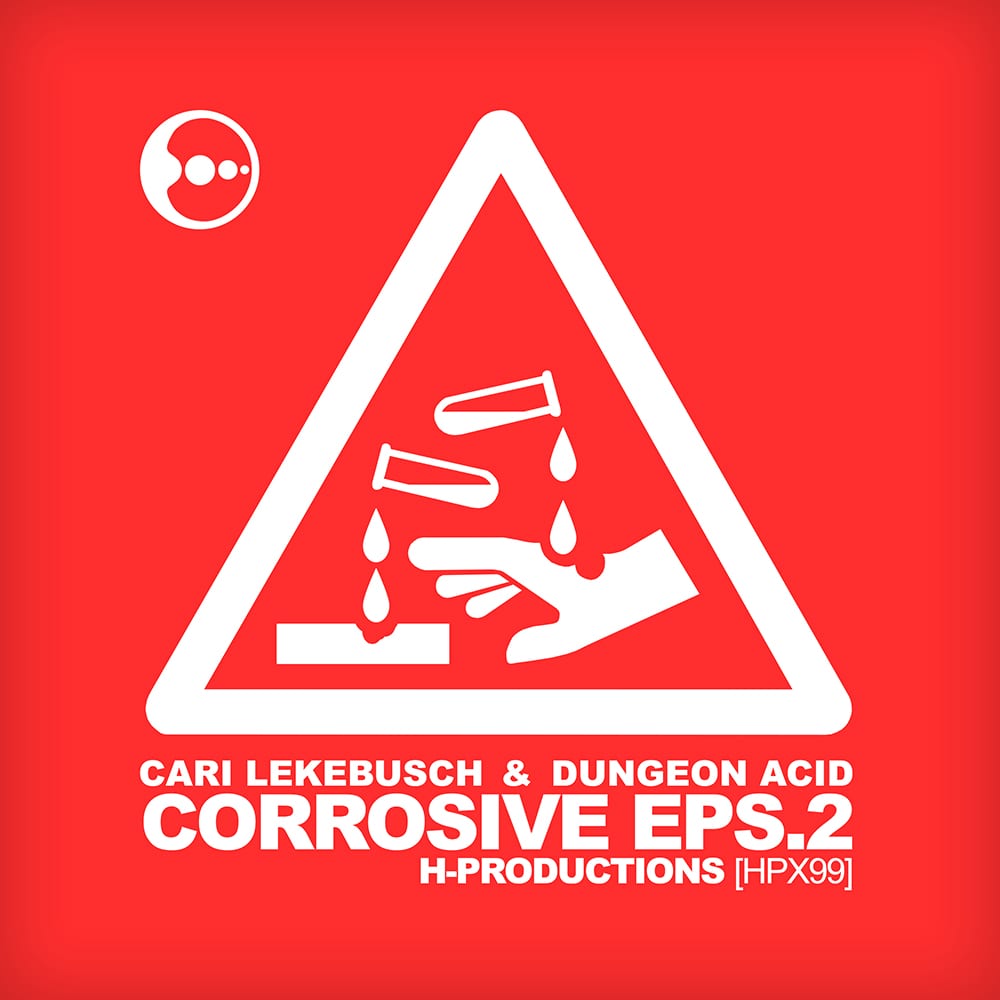 DJ, producer and self-described “sound architect” Cari Lekebusch founded H-Productions way back in 1986, and it’s since been an outlet for all kinds of dancefloor wizardry, its catalogue spanning over a hundred releases – many of his own, alongside a wealth of friends and collaborators. His caustic productions are rooted in classic techno and acid house and driven by an authenticity that hasn’t faded over time.

Earlier this year he released “Corrosive EPS.1“, the first in a series of “retrospective acid sound architectures” that exemplify his unique take on the acid-techno paradigm. This March sees the release of the second episode, a collaborative extended player crafted alongside fellow sonic chemist Dungeon Acid.

Today we’re excited to premiere ‘State of Matter’, the closing track from “Corrosive EPS.2“. This one’s a slow burner with an ominous vibe to it, centred around astringent synth lines that  gradually evolve and coalesce around a relentless beat – a captivating listen, that evokes a dimly-lit warehouse rave, circa 1992.