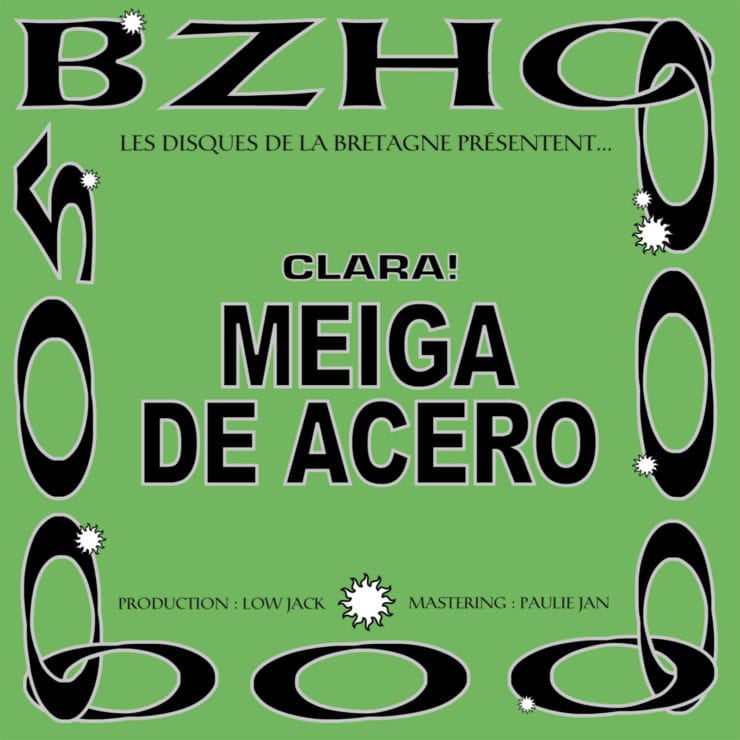 “Fuego, uiuiui“, that’s the sound of ‘Acero‘. Ringing the cash register as flows of cold, hard cash cascade in, Clara!‘s new release on Low Jack and Jean Carval’s genre-crossing imprint Editions Gravats finds the Galician-born, Brussels-based reggaetonera firing off a pair of blazing dancehall rippers, sure to have the dancers wading knee-deep in their own sweat and bodies drawing daringly closer.

Produced by the ever deft and clever Low Jack, the record – although a Latin riddim affair by essence – surfs its way out of the strictly reggaeton / dembow-informed zone to establish a further hybrid synthesis of floor mechanics, blending in strains of techno and grime-y inflections as equally important components. Perfect embodiment of this cross-pollinating approach, our pick ‘Acero‘ fuses the muscular strength of a no-nonsense big-room stomper with the overly sensual, hip-rolling quirk of the most unchaste dancehall workout. Fire, that is.

Meiga De Acero is out now via Editions Gravats, order a copy from Bandcamp.

Discover more about Clara! and Editions Gravats on Inverted Audio.