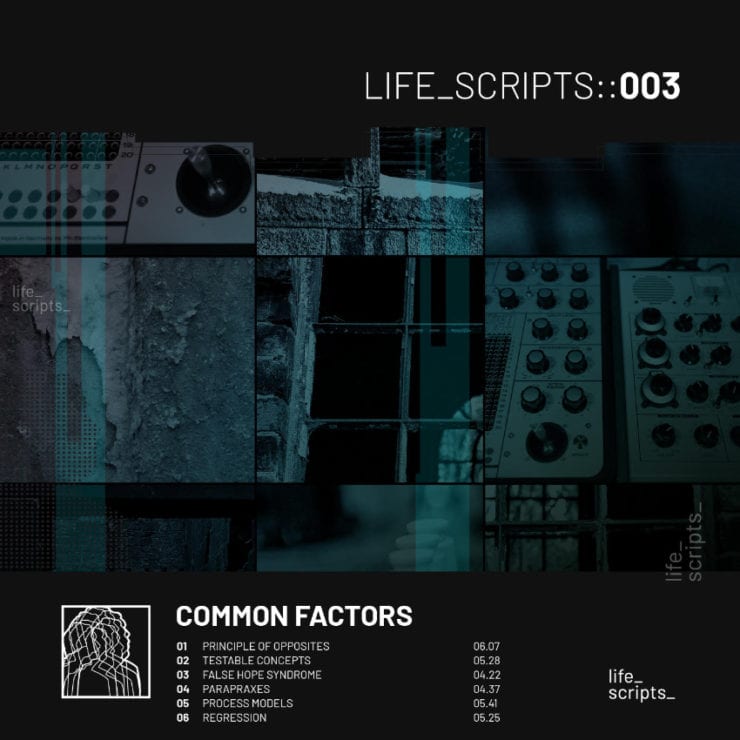 Alexander Church and James Welsh — AKA Common Factors — ready their next release, ‘Principle of Opposites‘ EP on Life Scripts.

The label, which was born to release Common Factors music, reaches its third release with ‘Principle of Opposites‘, marking a continuation in the pair’s forward thinking approach to dance music. Accessible and fun, yet hard-hitting and no-nonsense where it counts, the six-track EP sprawls over breakbeat and club music, with touches of ambient and influences from non-club genres lingering at the edge of vision.

The resulting tracks are set to carry a dancefloor, with release closer ‘Regression‘ tapping into a certain euphoria most of us are sure to be missing. A meandering near-ghostly synth melody bubbles below hardcore breaks and 90’s rave chord strokes, ushering a mood of future nostalgia: balanced between the then and the now, ‘Regression‘ is fuel for memories and daydreaming of open-airs alike.

‘Principle of Opposites’ is scheduled for release 15 May via Life Scripts. Order a copy from Beatport.