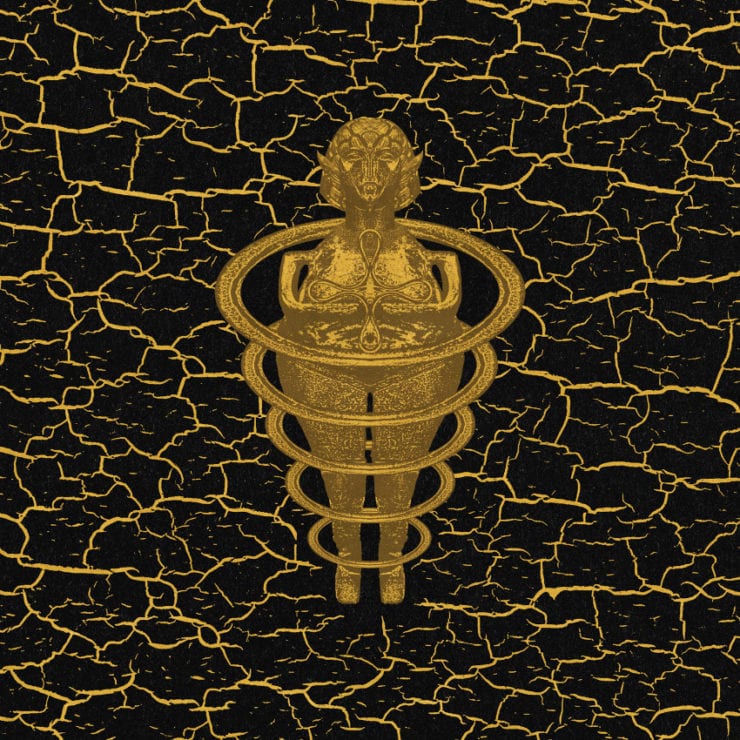 ‘Dark Orphism‘ is a follow-up to Cyberian’s debut album ‘Limerance‘, released via the collective in May of 2018, and sees the producer continue his creation of melancholic music drawn from interests in the natural world, paganism and the occult — all elements which appear to find a warm home in Amek Collective’s prior output.

‘Serenity‘ sits towards the closing end of the eight-track record, and channels pagan bass music structures championed on the likes of Forest Swords’ ‘Engravings‘: a finely-chopped choral vocal spirals above thick, soundsystem-weight basslines, the ever–shifting boundaries of the looped sample adding an intense and hypnotic effect to the moody track. This effect conjoins with the album’s title, loaning the abstraction at the core of the artistic discipline of orphism and providing new context in a musical realm.

‘Dark Orphism’ is scheduled for release May 4 via Amek Collective. Order a copy from Bandcamp.