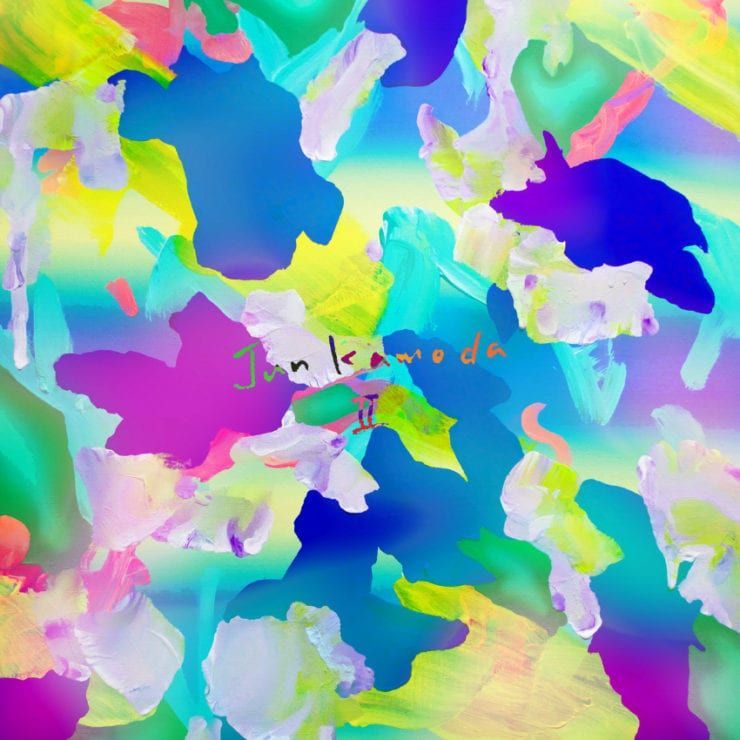 Nagano-based producer Jun Kamoda prepares to self-release his second album via his Jun Records imprint. Titled simply ‘II‘, the album nicely showcases the producer’s eclectic merging of styles and sounds into a lively and soulful whole.

Jun’s musical efforts have been on our radar for many a year now, thanks to his releases for Mister Saturday Night and Black Acre, and last autumn we premiered a colourful hyped-up jam from a legendary yet under-appreciated Japanese musician Web, which Jun Records released. Yet it seems our knowledge didn’t stretch back as far as Jun’s early hip-hop alias, MC Illreme.

Whilst Jun’s music nowadays focuses on instrumental beats and less on the hip-hop side of things, this new  album seems to carry the producer’s history of production, merging his past with a new and creative present: the majority of the music on ‘II‘ was produced between 120-128BPM, with the final touches coming from Jun slowing down the pace to between 80-110 (a more typical hip-hop tempo) and then making an edit.

These slowed-down versions have a tangible sense of house music energy, but also a creative flair within the beats which you might expect to find in hip-hop instrumentals. It makes for an album as vivid and colourful as the artwork which adorns it.

Our pick of the bunch is the somewhat more sedate ‘Night-Blooming Cereus‘. The calm on the track befits the name given to it, which takes after those cacti which bloom maybe just for one night in a year. It’s a slow, moonwalk-esque piece, filled with swelling strings and heaped emotions, light synth strokes and gentle percussion. One for when the last rays of sun fade from the sky.

‘II’ is scheduled for release 30 April via Jun Records. Order a copy from Bandcamp.