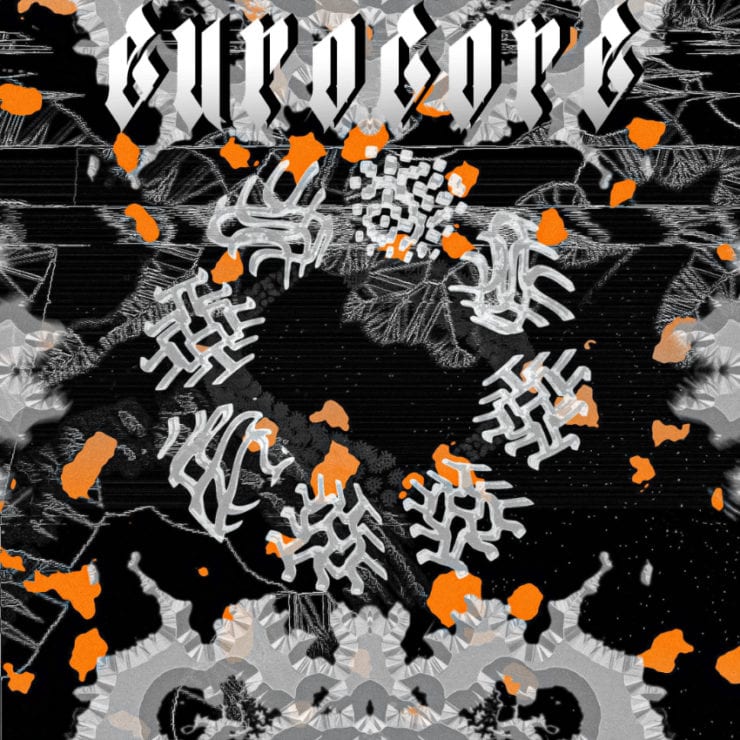 David Goldberg returns to Molten Moods for his second release on the Munich label. Entitled ‘EUROCORE‘, the four-track EP, featuring Goldberg’s own artwork, shows the producer’s diversity and open-minded approach to dance music.

Rammed with heavy club weaponry and peak-time ambience alike, the release is hybrid club heaven, one moment tilting into devastating dancefloor assaults, the next providing uplifting trance-inflected gasps for air.

The secondary title to ‘Basic Income‘ should make it clear which side of the coin this particular track lands on: brute force it indeed is, strangled trance supersaws chucking up rasping breaths as the heavy-handed percussion beats out an electro-esque beat for unadulterated club catharsis.

Redlined samples and furious, all-out production aside, there’s clearly a high degree of consideration placed into the production: with the beat ducking out from underneath the coarsely moulded mid-range from time-to-time, Goldberg builds a repeatedly peaking track which doesn’t ever truly let go until it’s all over, instead offering moments to renew energy to come back harder than ever.

‘EUROCORE’ is scheduled for release 25 May via Molten Moods. Order a copy from Bandcamp.