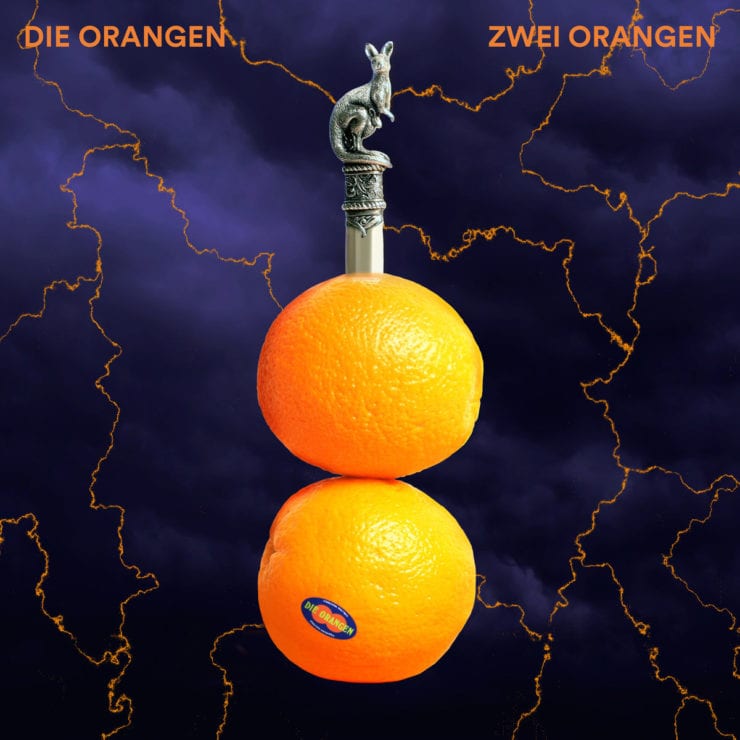 Two years after the release of their noted debut long-player, ‘Zest‘, Berlin-based Aussie expats Dreems and Kris Baha return as Die Orangen with their eagerly-awaited sophomore album, ‘Zwei Orangen‘, due out mid November on Malka Tuti.

Gleefully experimenting with the tropes and prejudices attached to the codified genres they revel in tweaking, distorting and re-routing onto new paths and purposes, Dreems and Baha have forged a completely distinct sound signature, putting together quirky blends of EBM, kraut, industrial, acid and further oddball machine funk, sure to clog up your brain with twisted melodies your body will have a hard time not getting down to. Something ‘Zwei Orangen‘ does to perfection.

Our pick ‘Der Krautback‘ is named after the duo’s patented concept of “Australian Outback inspired interpretation of Krautrock“, a sludgy take on the genre mixing a playful acidic squelch with FX-laden outerspacey riffs and scopic synthwaves. One for the revvin’ Knight Riders eager to let the pistons roar at night and flash-forwarding Kraut and Kosmische lovers in for an hallucinogenic safari across Die Orangen’s shape-shifting multiverse. Buckle your belt, it’s time for take-off.

Zwei Orangen is out on 22nd November via Malka Tuti, order a copy from Juno.