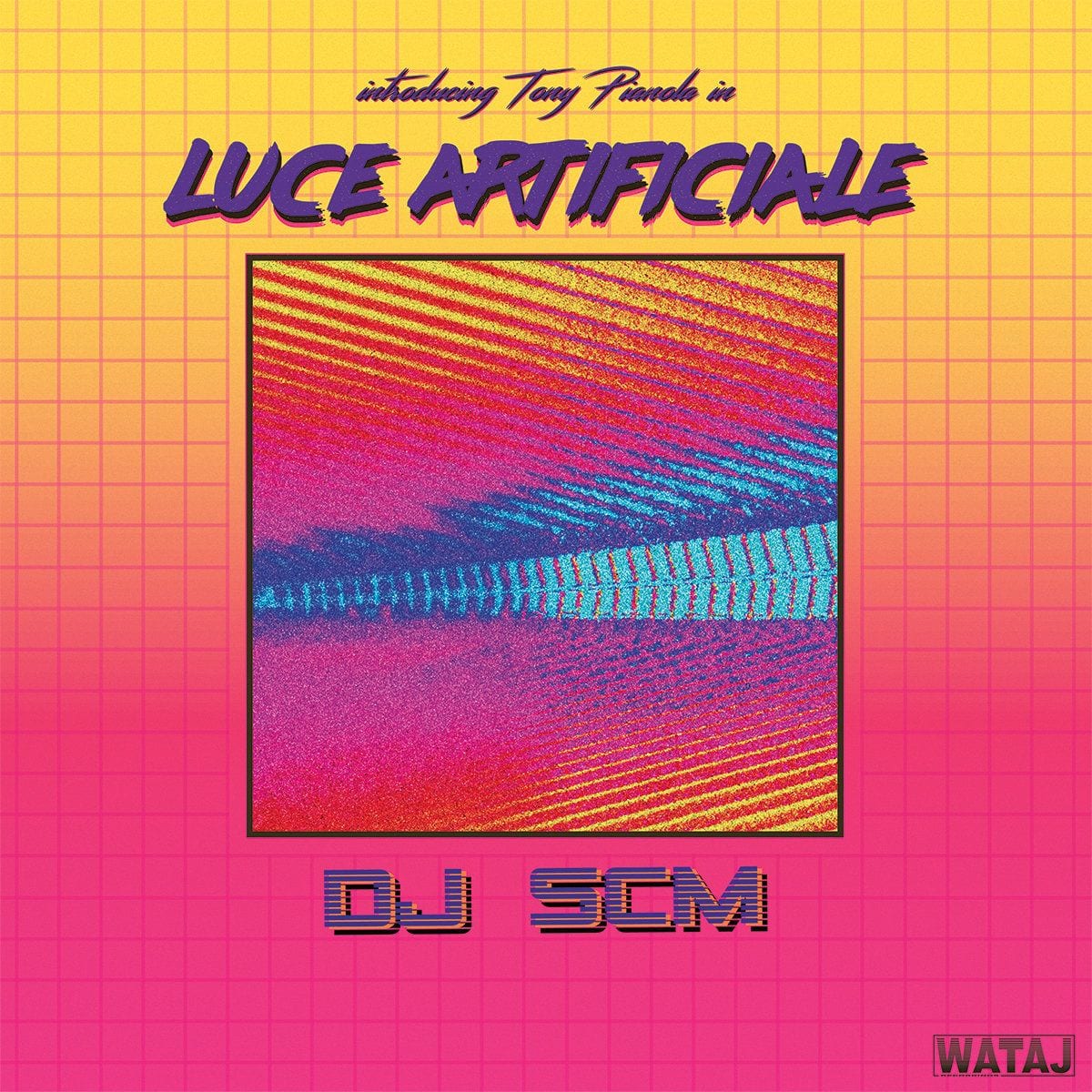 After a fine debut instalment last year, Palermitan producer DJ SCM returns on his newly founded home base of WATAJ Recordings with ‘Introducing Tony Pianola In Luce Artificiale‘, due for release at the end of the month. A much vibey slice of blithe, bouncy electronics and warm poolside grooves draped with the profuse light of the Sicilian sun, SCM’s latest six-tracker yet again proves that Southern Italy shelters some of the finest contemporary synthwave, jazz funk and boogie acts.

The imprint of Early Sounds and Periodica on WATAJ is clearly palpable, and the present LP further confirms the crucial lineage between the three structures, tied by blood and spirit. Imagine Beppe Loda, Fela Kuti and Todd Terje having a jam on the summit of Mount Etna, summoning Bacchus and his cortege of pleasure-seekers with their Korg synths, bass and pulsating drums – this is pretty much what our pick, ‘Comandi Computer‘, sounds like.

Introducing the fictional character of Mr. Tony Pianola – whose funky tales fuse an unstable mix of acid stabs, cosmic synth arpeggios, fevered congas and restless tribal house rhythms, the record takes you for a vibrant trip into a lushly orchestrated jungle of sounds where naiads have a ball with panpipe-playing fauns and ephebic worshippers. A bit of chlorophyll, some musk oil and a healthy dose of shea butter, Pianola fills the room with his unique, summer-ready fragrance but the man remains a complete mystery. Has he ever existed? We’d like to believe so.

Introducing Tony Pianola In Luce Artificiale is released via WATAJ Recordings on 27th June, pre-order a copy from Bandcamp.

A1. Dream Of Mezzanotte
A2. Comandi Computer
A3. Programma High Energy 501
B1. Balla Super (Con Me)
B2. Luce Artificiale (Amore Spray)
B3. Telecinesi R Zero Cinque