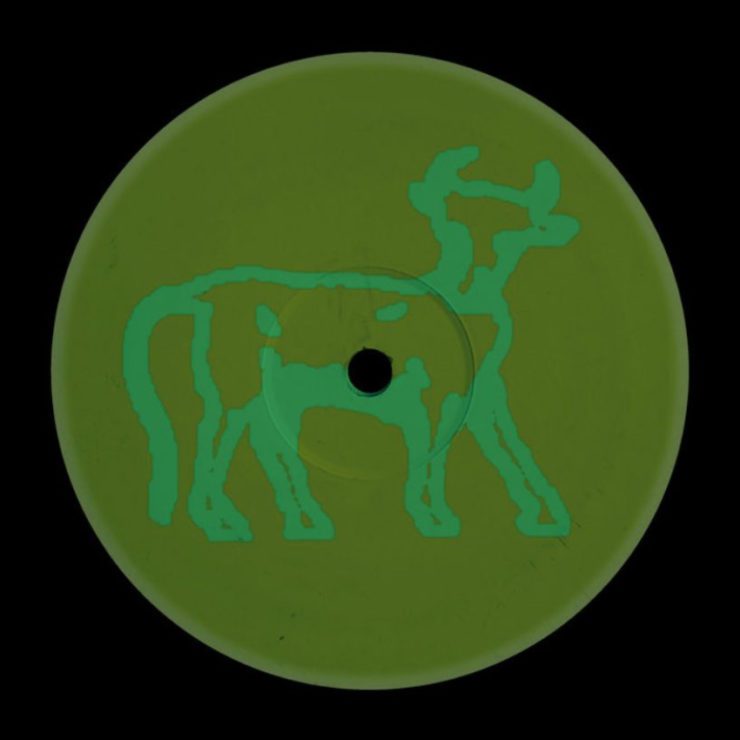 There’s little knowledge on the web about mysterious “dub-folk” producer Elijah Minnelli, save a string of 7″‘s on their Breadminster City Council label — for the South-West initiated, a tiniest of clues as to the producer’s true whereabouts. Secrecy aside, the brand of modern dub fits just right inside Accidental Meetings‘ stable.

‘They Of Many Stomachs‘ manages, in its title alone, to slide into that rather difficult category of bucolic dread — fear not, listeners: between the low-res stamp on the label to the EP’s second track, ‘Cud‘, we can be comfortable that the subject of inspiration is not some alien horror, but rather cattle.

Minnelli’s offering for AM is, in fact, a very immediately sensory experience that requires no further sleuthing for details, other than the raw minerals themselves: ‘They Of Many Stomachs‘ pulls in the basic essentials to a decent roaming dub track and makes good on all the influences. Take yourself for a bucolic stroll in dub-territory, delayed horns scattering out over the hills etched out with rolling deep bass, faint laying of farm animals seeming to drift over the close horizons of green turf. It’s a simple recipe, but you’ll find yourself returning to the formula time and time again. Dub as it should be done in 2022.

‘Creamed Horn’ is scheduled for release 29 July via Accidental Meetings. Order a copy from Bandcamp.