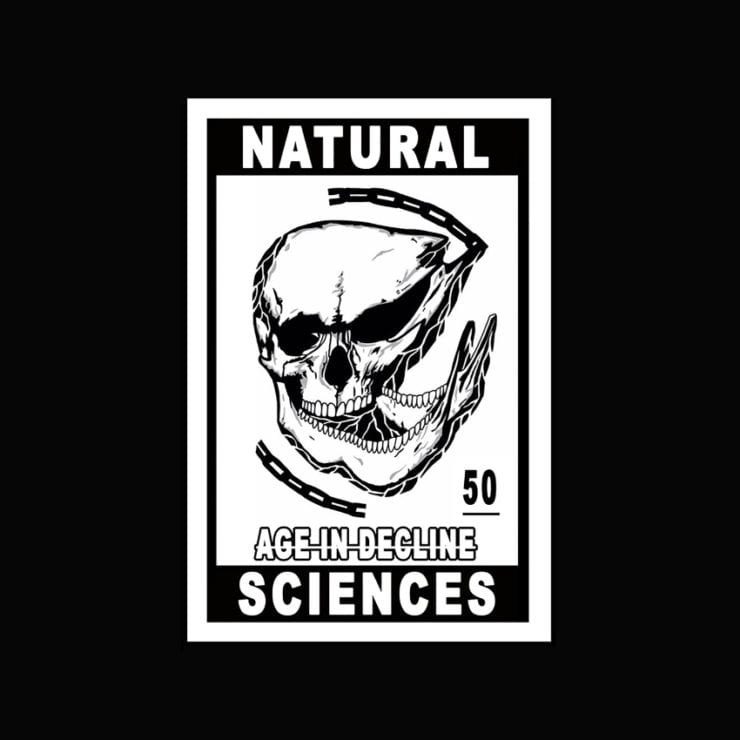 I’ve always found a sense of cheekiness running through the back catalogue of Manchester-based Natural Sciences. This is just as true in their early releases cracking with the tape hiss of lo-fi house (and aliases like DJ Bong Gozling) as it is in their current sound emphasising the headier and more mechanic rhythms of the dance music world.

We get that sense of humour on their forthcoming ‘Age in Decline’, a V/A double pack celebrating their 50th release, which touches on everything from electro to rave to techno to hip-hop. Whether it is the butt rock guitar riffs that interrupt the staggering techno kicks on the A1 by T5UMUT5UMU or ‘Ring My Phone’ where Pvssyheaven offers up a track that sounds like a syrup-drunk ‘WAP’ produced by an early 2010s Metro Boomin.

For our premiere, however, we take something a little different. Tucked away as the finale on this 20-track opus, ‘Depth Dimension’, is Galaxian working in his most introspective. The Glasgow-producer has put out releases on labels like the storied Illian Tape where he balances electronic cloud-spotting with recognisable club rhythms, but here he offers a decaying soundscape steeped in industrial introspection.

Left with only the sunspots of a beat, it is an appropriate ending to a record titled “Age in Decline“. The track asks us to imagine a world without humans; an aquatic bleep speaks over a fluttering pulse in the low end, before dissolving into a chorus of arguing robot voices at the 3-minute mark. Be that as it may, even when the assembly-line like pulse returns, a hollowed human voice buried low in the mix, still gives the song a touch of feeling. It’s a final cheeky wink that maybe there are, indeed, ghosts in this machine.

‘Age in Decline’ is out now via Natural Sciences. Order a copy from Bandcamp.