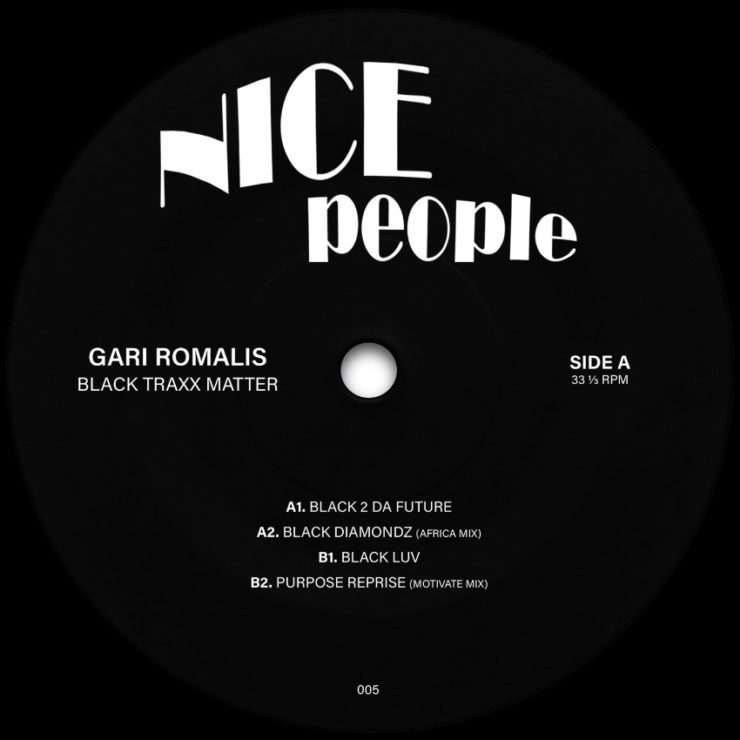 Detroit-based DJ and producer Gari Romalis flew under the radar for a long time. However, he’s been a pivotal figure in the scene for many years working with a whole host of different artists over the decades and DJing since the early eighties.

While Romalis released his first records in the mid-nineties, also under the monikers DJ SCSI and 3.5, his release schedule stayed reasonably quiet until around 2012. Since then, he’s been astoundingly productive, churning deep and soulful club tracks at an impressive rate.

The producer’s latest effort is a solid four-tracker for Italian imprint Nicepeople. Our pick is ‘Black 2 Da Future’, a track whose silky funk and shimmering glow will keep toes tapping and heads nodding both in the club and wherever else.

‘Black Traxx Matter’ is scheduled for release 30 October via Nicepeople. Order a copy from Bandcamp.