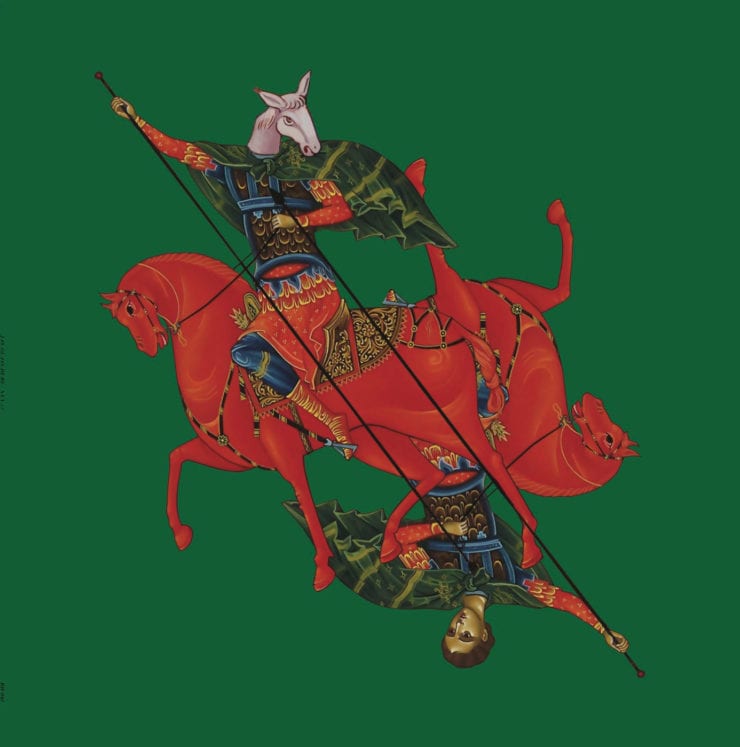 One year after his first foray on the label, stripped-down dub versions ace Dimitris Papadatos, alias Jay Glass Dubs, returns to Berceuse Heroique with his eagerly-awaited followup, ‘Nyx EP‘; a compelling testimony to Jay’s sharp ear and broad artistic vision, as rhythmically diverse as it is a consistent listen throughout.

Veering off the lush, exotica-infused melodicism of his previous effort, this solid quintet of spacey, hypnotic jams shifts paradigms to establish in a realm of ritual psychedelia, complete with intricate lacings of deep choirs (‘The Controversial Control‘), Dead Can Dance-esque flights (‘Urged To Be Cleansed…‘) and further cross-continental tribal rhythms akin to ‘Music Of The Fire Walkers‘ (‘Atremes‘).

Premiereing through our channels today, the oddly but goldie ‘Das Ding An Sich‘ is a slow-burning number primed for lo-NRG daydreaming and orbiting space station snuggle-ups. Manoeuvring halfway scopic textured ambient and kosmische-informed modular electronics with a deep dubby spin to them, the track has us floating in a post-climactic Solaris-ian scenario, swimming our way through zero-G clouds of bleepy tech signals, verbed-out percs and wistful pads as we marvel at the vision of our Earthly home through the satellite’s window. Otherworldly.

Nyx EP is released via Berceuse Heroique on 20th October.

A1. The Controversial Control
A2. Das Ding An Sich
B1. Urged To Be Cleansed While Bathed In More Blood
B2. An Ambivalent Path
B3. Atremes